There’s a lot going on in the world. People are still debating whether or not Die Hard is a Christmas movie, andÂ  mac and cheese candy-canes are being made. So, for this holiday list, let’s go for something undisputed and non-controversial. Let’s take a look at some warm and fuzzy holiday TV episodes, and talk about how (and where) you can stream them right now. Treat yourself to these dollops of Christmas joy. We all deserve it.The Office 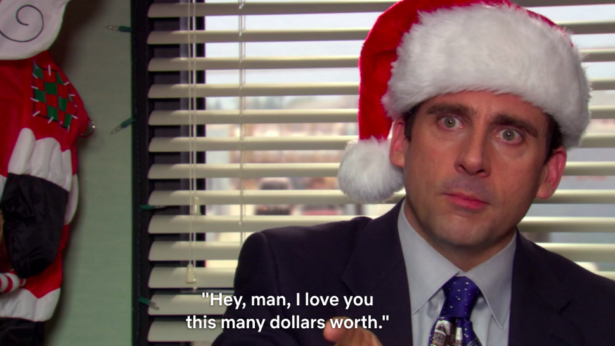 Episode: “Christmas Party” (Season two, episode ten)Where to Watch: NetflixThis beloved NBC series turned in a lot of Christmas episodes over its nine-season run, but the first is the best and most iconic. Michael goes over his budget for Secret Santa and buys Ryan a $600 iPod, then becomes upset with his homemade gift from Phyllis and stages a Yankee Swap. Chaos ensues, of course, but things are mended by the end when Michael clears the air with 15 bottles of vodka.Gilmore Girls 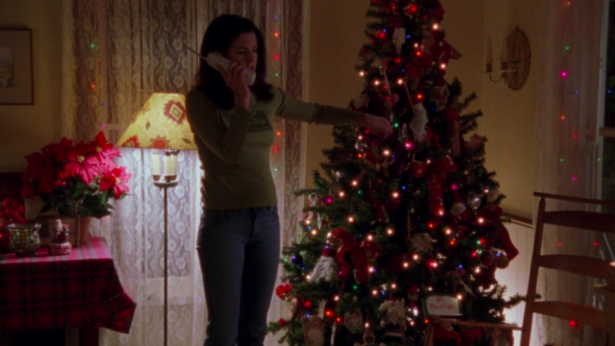 Episode: “Forgiveness & Stuff”Â (Season one, episode ten)Where to Watch: NetflixChristmastime in Stars Hollow is always a cozy, welcoming affair. This first season episode finds Lorelai at odds with her family during the holidays. Though she initially stays away from her parents’ annual Christmas partyâ€”which she wasn’t invited toâ€”things are forced into perspective when her father collapses at the gathering and is whisked away to the hospital. It’s a lovely episode about casting aside petty indifferences and prioritizing what matters most during the holidays.Parenthood 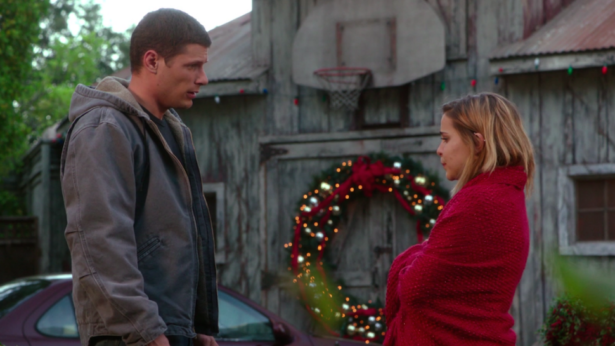 Episode: “What to My Wandering Eyes” (Season four, episode 11)Where to Watch: HuluThis episode is of the treacly variety, but do we expect anything less from Braverman family holidays? Despite multiple family crises spinning out at onceâ€”from Kristina’s cancer to Amber’s love of a man who can’t stop failingâ€”they come together in the end, in that big Braverman house filled with a ridiculous amount of decorations and more love than the average person can stand.Parks & Recreation 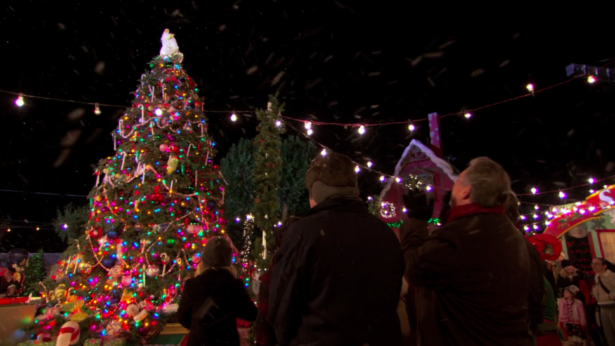 Episode: “Christmas Scandal”Â (Season two, episode 12)Where to Watch: NetflixParks and Rec holiday episodes are like warm blankets, even when they’re full of the show’s typical hijinks. In this one, Leslie is photographed with a controversial Pawnee councilman, setting tabloids ablaze. Ron gives her the day off, and the rest of the Parks Department realizes just how much she does around the office. This all turns into a big Leslie love fest at the annual tree-lighting ceremony, a wonderful celebration of the holidays and of a female character who brought love and determination to our TV screens.Pushing Daisies 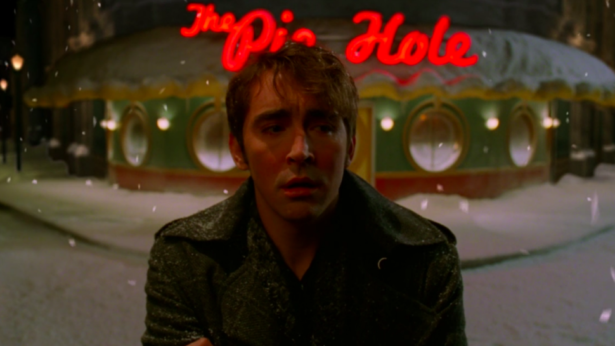 Episode: “Corpsicle”Â (Season one, episode nine)Where to Watch: Amazon PrimeThis one is a bit of a cheat, since it’s not technically a Christmas episode. But it aired during the Christmas season of 2007 intended as a holiday episode, and has snowmen corpses and a Ned/Chuck reunion in a snowy graveyard, so it totally counts. Any excuse to cozy up in Bryan Fuller’s magical, colorful world, where every moment feels like a beautiful painting come to life.This Is Us 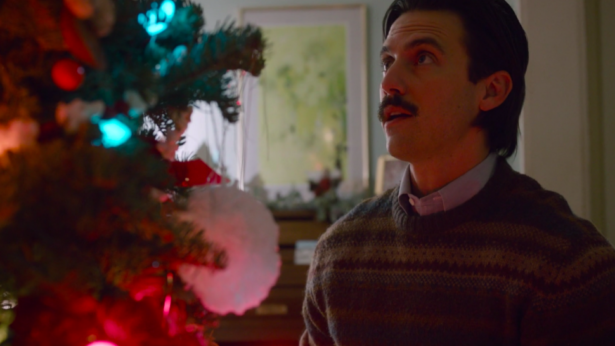 Episode:Â “Last Christmas”Â (Season one, episode 10)Where to Watch: HuluThis Is Us may be too sentimental for some people, but if you’re looking for Christmas sugar, it’s the perfect concoction. This episode, told in the show’s typical past and present structure, shows another Pearson family spread of cheer. In the past, Kate needs a Christmas Eve appendectomy, and the family comforts the doctor who made their family complete. In the present, Toby travels cross-country to surprise Kate, then has a heart attack after Christmas dinner. That may not sound all that comforting, but as with every episode, the little moments of family unity will catch you off guard with tears.Crazy Ex-Girlfriend 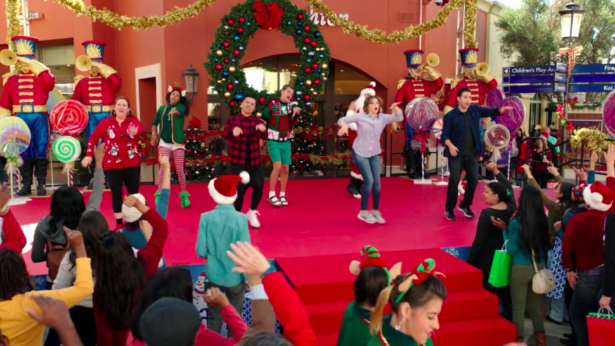 Episode: “My Mom, Greg’s Mom and Josh’s Sweet Dance Moves” (Season one, episode eight)Where to Watch: NetflixRachel Bloom’s musical series is always a high-stress comedy delight. In this season one episode, her character, Rebecca is on high-alert after her passive aggressive mother comes to California for Hanukkah. Meanwhile, Greg is butting heads with his own mother, and Josh is on a quest to prove his pre-injury dancing chops. As always, there’s plenty of song and dance, but “California Christmastime” is by far the best earworm of the bunch. 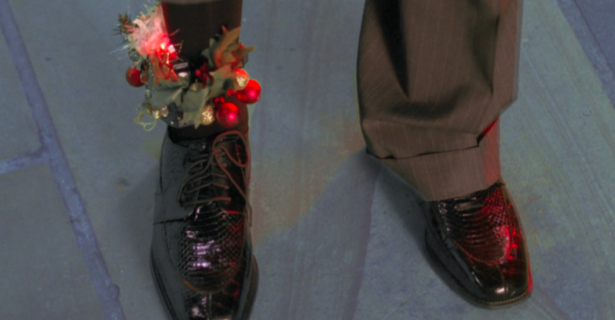 Episode:“Ludachristmas”Â (Season two, episode nine)Where to Watch: HuluAndy Richter as Liz Lemon’s memory-impaired brother? An ankle monitor amputation? The photo shredder? If you don’t love this episode, you must hate yourself, because it’s iconic and peak 30 Rock hilarity. We could spend all day with the insane Lemon family.How I Met Your Mother 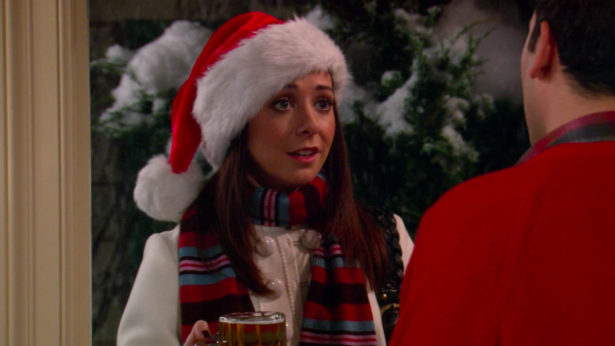 Episode: “How Lily Stole Christmas”Â (Season two, episode 11)Where to Watch: HuluLike others on this list, How I Met Your Mother‘s Christmas episode is centered on a riff that eventually brings everyone together. In this case, Lily happens on an old answering machine message where Ted refers to her as a “grinch” (which future Ted informs us wasn’t actually the word grinch, but a “very, very bad word”). Lily responds by stealing away the apartment’s Christmas decorations, and Ted goes home to his family to celebrate. In the end, they make amends, and holiday cheer abounds.

TAGGED: 30 rock, Christmas, Crazy Ex-Girlfriend, Gilmore Girls, how i met your mother, New Girl, parenthood, Parks and Recreation, Pushing Daisies, The Office, this is us