Although there’s already hubbub over the rollout of 5G internet, scientists are still, apparently, working to make 6G a reality. In face, one of the breakthroughs required to achieve 6G speeds has just been made, with researchers achieving 11-gigabit-per-second data-transmission speeds. For reference, those speeds would mean somebody could download a two-hour movie in under four seconds.

Advancing 6G wireless communication tech with data transmission speeds of more than 11 gigabits per second, scientists from @NTUsg and @osaka_univ_e have developed a terahertz chip made from silicon that transmits data error-free. https://t.co/mQqgfBdGQA @ScienceNTU @NTU_SPMS pic.twitter.com/nQEa4fOM8a

Scientists from Nanyang Technological University in Singapore ( NTU Singapore) and Osaka University in Japan made the breakthrough. They did so utilizing a silicon computer chip made with Photonic Topological Insulators.

According to an NTU press release (which comes via SingularityHub), Photonic Topological Insulators (PTI) are artificial electromagnetic materials that allow lightwaves “to be conducted on the surface and edges of the insulators, akin to a train following railroads, rather than through the material.” Resultantly, when light travels along these insulators, it is able to travel around sharp corners and resist material imperfections. 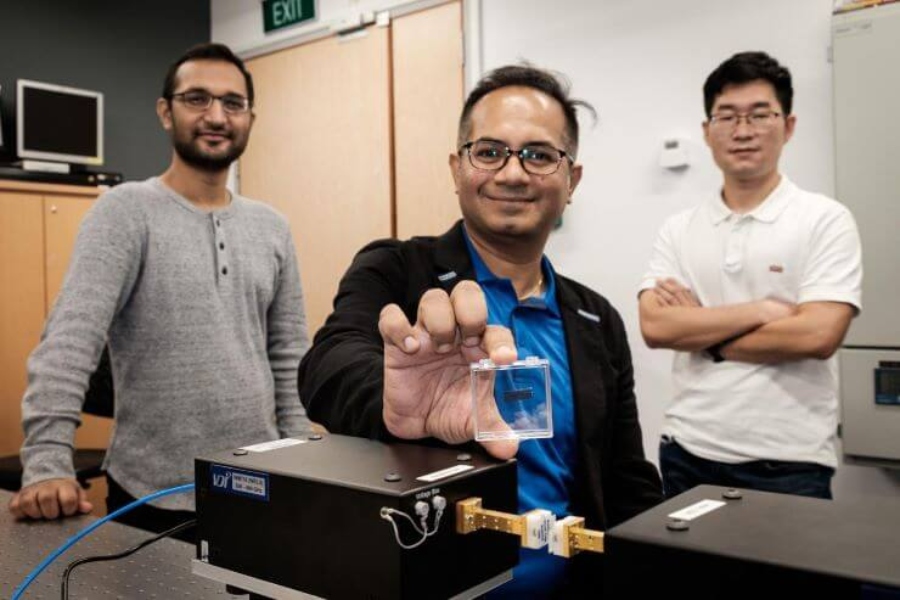 NTU says that Singh et al.’s achievement, which the scientists outlined in a study recently published in Nature Photonics, could pave the way for circuits in wireless communication devices capable of providing terabytes-per-second speeds. Estimates for 6G speeds range anywhere from 10 to 100 times faster than 5G. (SingularityHub notes that, with 6G speeds, it’d be possible to download 142 hours of Netflix content in one second.)

Looking forward, 5G is obviously going to take over as a widespread cellular network before 6G does. SingularityHub points out that a recent white paper on 6G estimates that the network wouldn’t arrive until 2030. This prediction stems from the fact that wireless connection-tech generations have come 10 years apart thus far.