Although 2020 may have brought the hermit lifestyle to its zenith, a team of scientists from Durham University in England and Yunnan University in China now says the way of living first appeared in the animal kingdom 500 million years ago. It didn’t, however, begin with crabs. Instead, the team says that Priapulida, or the “penis worm,” invented the tactic of hiding in shells. Because apparently the penis worm’s appearance alone wasn’t enough to scare off predators?

Gizmodo picked up on the new study outlining the penis-worm origins of the hermit lifestyle, which was recently published in the journal Current Biology. The scientists discovered evidence of the penis worm’s penchant for private shells after studying collections of fossil deposits from Guanshan in northern Taiwan. Fossil deposits from this part of Taiwan are unique in that they have preserved soft tissues. Such as those belonging to the disturbing worm, for example. 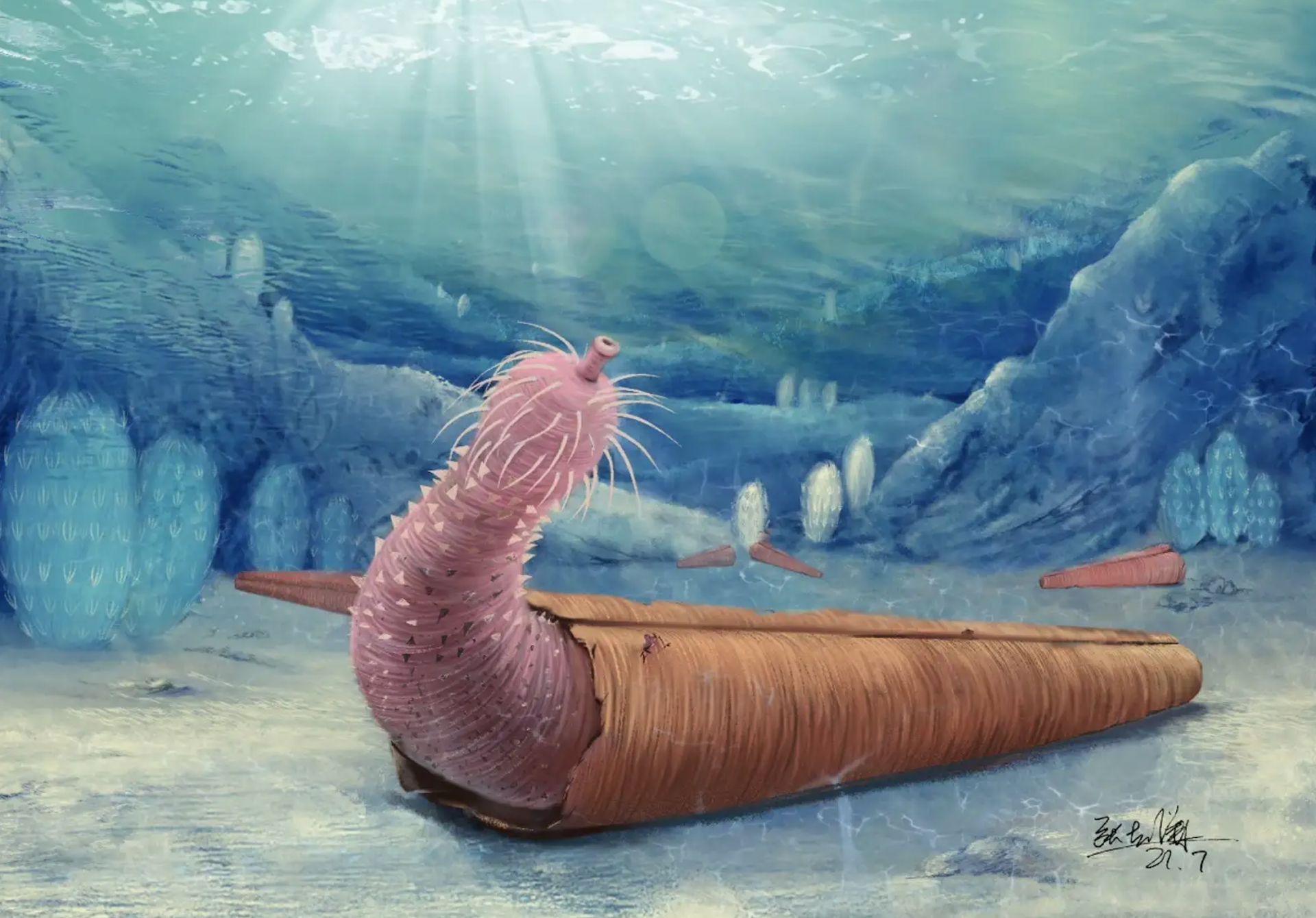 As Durham University notes the scientist found four specimens of the prehistoric penis worm inside the conical shells of the long-extinct fossil group, hyoliths. (Hyoliths consist of swimming mollusks common during the Cambrian period.) Apparently, the penis worms used snail shells to hermit during the Cambrian, which began with the Cambrian explosion; an event that encapsulated the rapid diversification of multicellular lifeforms on Earth.

“The worms [were] always sitting snugly within these same types of shells, in the same position and orientation”, Dr. Martin Smith, co-author of the study, said in a press release. “The only explanation that made sense was that these shells were their homes – something that came as a real surprise,” the associate professor of paleontology added. 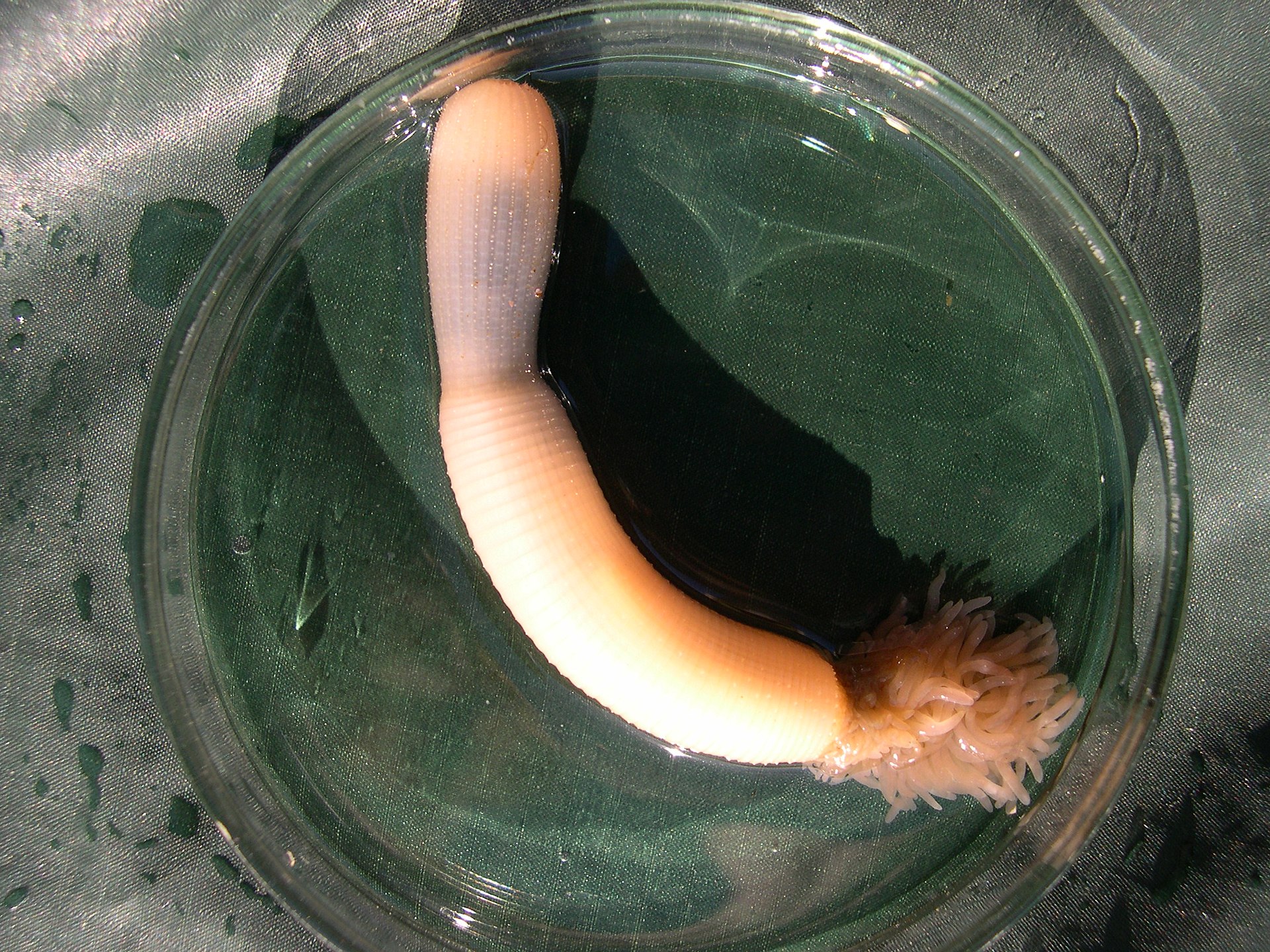 Indeed, scientists had not previously documented the hermit lifestyle in extinct penis worms. Nor their living counterparts (one of which is in the image immediately above). Nobody had observed organisms using this tactic prior to the “Mesozoic Marine Revolution” during the age of the dinosaurs either.

The scientists say the fact the penis worms invented “hermiting” independently after the Cambrian explosion highlights evolution’s incredible speed. “Not long before these organisms existed, there was nothing alive more complex than seaweeds or jellyfish,” Dr. Smith added in the press release. “So it’s mind-boggling that we start to see the complex and dangerous ecologies usually associated with much younger geological periods so soon after the first complex animals arrive on the scene.”