Want to learn more about your favorite comic books from the creators? Check out Roundtable Season 2 now playing on Alpha where some of the biggest names in comics talk to each other about stories, making comics, and the industry at large. Head over to Alpha right now for a 30-day free trial!

One enduring barrier-to-entry in superhero comics: the fear you won’t understand a given issue unless you have a masters in comics history. Or that no story is ever complete, since it always must set up another hundred issues. Well, if you’re looking for something a little more manageable in the sprawling forest of superhero mythology, here are some perfectly-formed acorns. Concise. Self-contained. And not requiring any prior homework to be enjoyed. 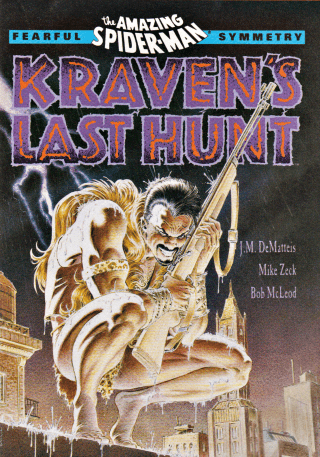 Yes, it’s a collected story arc. Yes, Kraven’s come back on other hunts. Still, this haunting yarn is a striking distillation of the truly unpleasant parts of that “power and responsibility” slogan (in that costumed adventuring leaves a hero open to be frighteningly misunderstood by disturbed psychopaths). Having more in common with thrillers like Misery and Cape Fear, the comic reveals that long-time super-villain, Kraven the Hunter, has actually harbored paradoxical fear and fascination for the wall-crawler. His self-destructive vision of conquering his adversary is to bury Spider-Man alive and assume his identity. Put simply, “Kraven’s Last Night” focuses on the nastiest week in Spidey’s whole career.


The Death of Captain Marvel 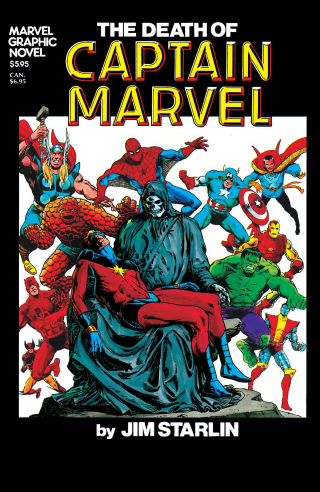 Planning this finale for years, creator Jim Starlin worked through personal loss by showing how even a mighty, star-sailing superhero can still succumb to disease. Here, Carol Danvers‘ predecessor passes the mantle of “Captain Marvel” along after learning that a long-ago fight with a minor, poison-wielding villain actually afflicted him with cancer. And the entire Marvel superhero community goes through the stages of grief, realizing that despite all their fantastic powers, they cannot save their comrade. One needn’t have read any of the Captain’s past stories to feel the impact of a hero reflecting on what his adventures have amounted to– especially when Mar-vell finds an unlikely confidant in the space tyrant, Thanos.

More like a French graphic album, by design, this prestige special teams Stan Lee with the legendary illustrator, Moebius, for a striking riff on the Silver Surfer’s origins. The breathless pace of monthly superheroes rarely allows for anybody to step back and fully consider the thematic implications of cosmic drama. Or specifically, a godlike alien sending a herald to signal doomsday on Earth. But here, Lee and Moebius focus entirely on that, playing up the satire in the Surfer having to save a cult who’s actually turned to worshiping the one who’d devour their world.


Whatever Happened to the Man of Tomorrow? 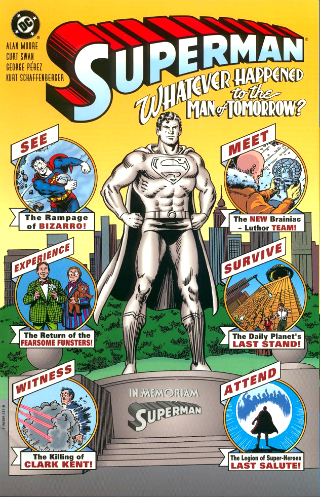 A love letter, and fond farewell, to the more whimsical “Silver Age,” the two parts of this story symbolically served as the final issues of the Superman titles that ran just before the character was modernized in the 80s. All the Man of Steel’s villains–from enduring mainstays like Lex Luthor to scamps from a simpler time, like the Prankster–seemingly marshal against the hero at once, forcing him to finally choose between his lives as Superman and Clark Kent. Fully embracing the more fabular qualities of a storied icon, this is a touching fairy tale finale for a character whose adventures, we know, can never end. 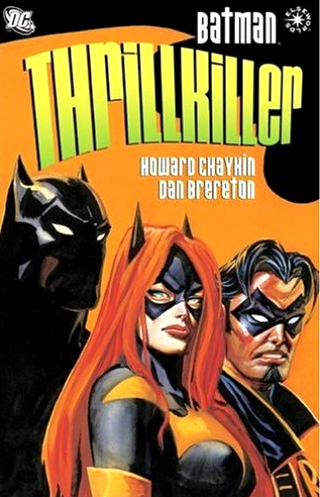 For a time, DC had an “Elseworlds” imprint that specifically offered shorter storylines removed from mainline continuity. Frequently, the books transplanted heroes into other eras. To wit, Thrillkiller re-imagines Batgirl and Robin as a crime-fighting pair crossing paths with a female Joker, in a plot fully stitched into 60s counter-culture and the sexual revolution. Hip, stylish, and exploring some undercurrents which have always bubbled under these comics’ surface, this story isn’t beholden to any Bat-books that have come before or after.


Comic books have the power to put you in the shoes of any hero imaginable. Roundtable Season 2 invites various comic book creators in to discuss the ever-changing, ever-expanding world of one of the most popular forms of media – comic books.