Attention comic fans: If you have ever wanted to jump on board the Saga comic train, now is the perfect time to get on-board. Image Comics is releasing Saga: Compendium One on August 21 – a surprise to fans who didn’t expect its release until late September. The collection includes the first nine volumes of the popular space fantasy story, which has been on hiatus for nearly a year despite only being halfway through its planned arc. This release is undoubtedly a way to renew current fans interest in the series and make it easy for new readers to catch up on Saga.

Saga is arguably one of the most popular comics of the last decade. Still, some readers may be a little hesitant to drop cash on a collection without a little convincing. Is it really worth it to add yet another comic to your already lengthy list? Here are a few reasons why you’ll definitely want to get into Saga. 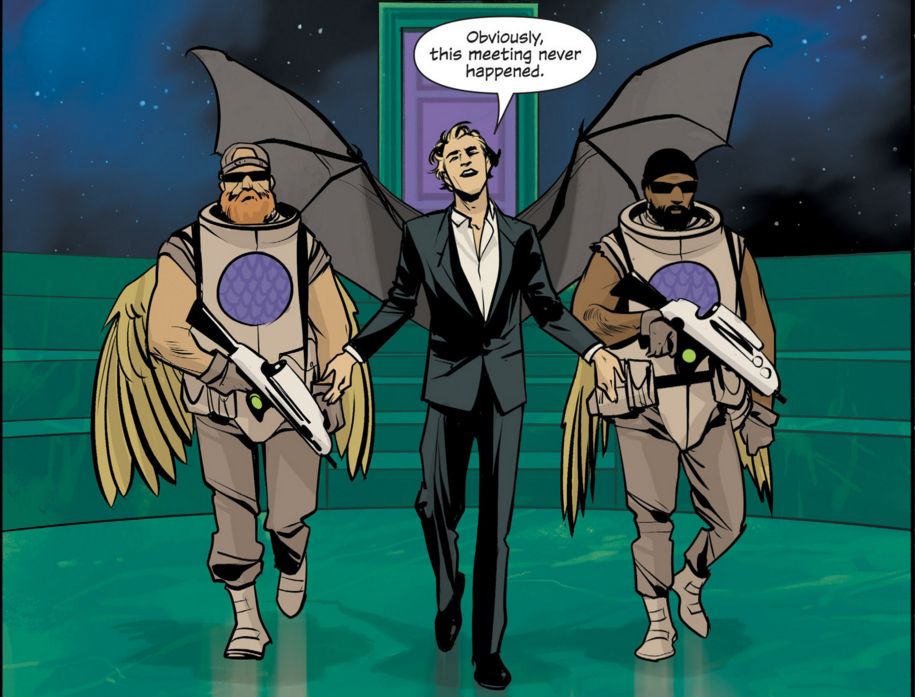 This series follows the story of Alana and Marko, a couple from opposite sides of an extraterrestrial war between the tech-savvy Landfall Coalition and magical inhabitants of Wreath, who flees from danger as they care for their daughter Hazel. The family is hunted by a couple of dangerous characters and try to build a life while on the run. The incredible world-building of the Landfall Coalition and Wreath that expands out to include other planets is reminiscent of properties like Star Wars and Lord of the Rings. But, make no mistake, Saga is definitely a unique story that could easily translate to live-action.

The creative team is awesome 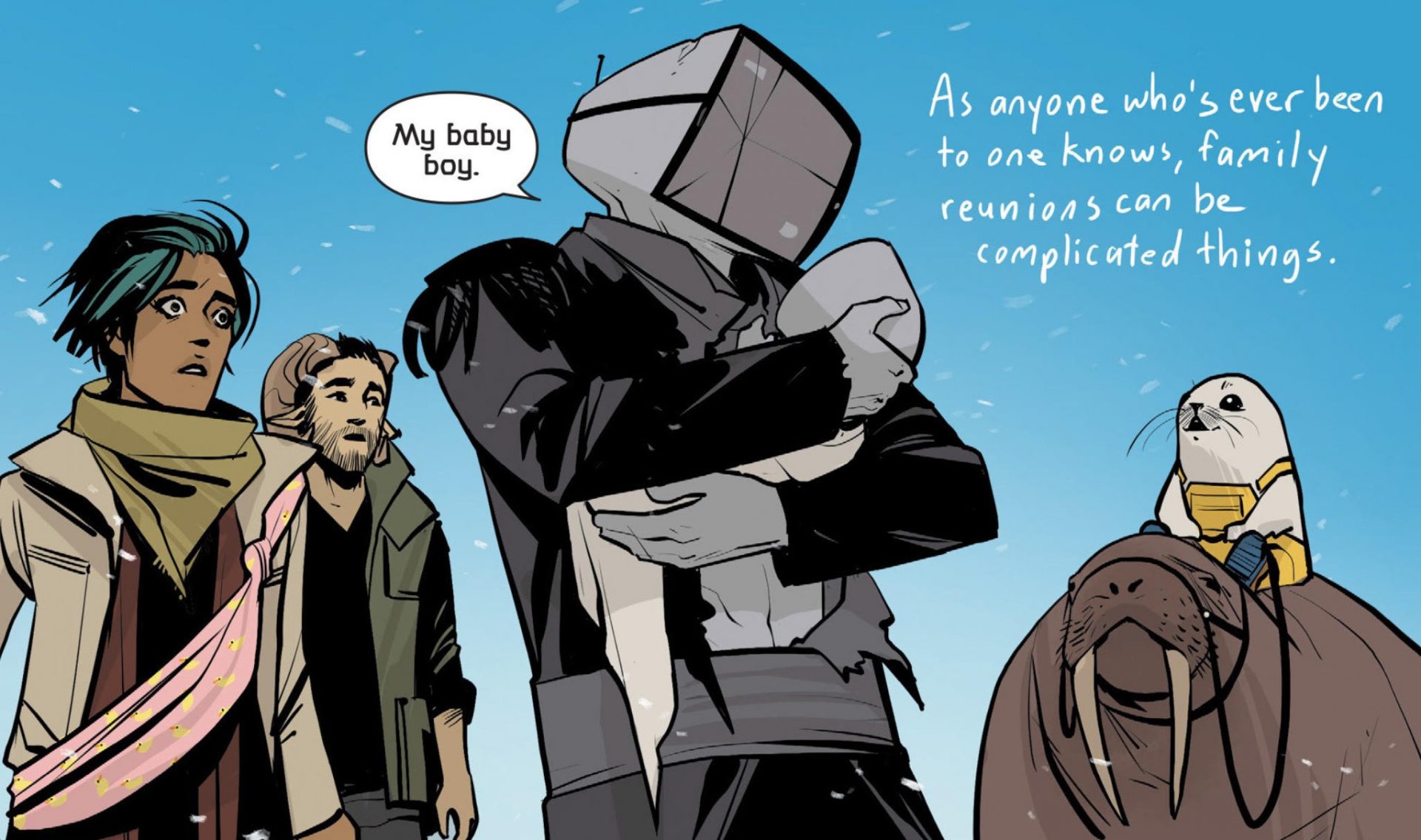 Saga is written by Eisner Award winner Brian K. Vaughan, who has delivered great comics like Runaways, Paper Girls, and Ex Machina. Sci-fi, heroes, and epic space operas are his niche and he does it well. Vaughan lays a solid foundation and uses a chapter method to build on a story that makes it hard to put this book down. Saga co-creator Fiona Staples’ artwork is unique, incredible, and meticulous with hand-written narration and covers that look like paintings. Staples and Vaughan make a dynamic duo who put their talent and passion into Saga and it shows. 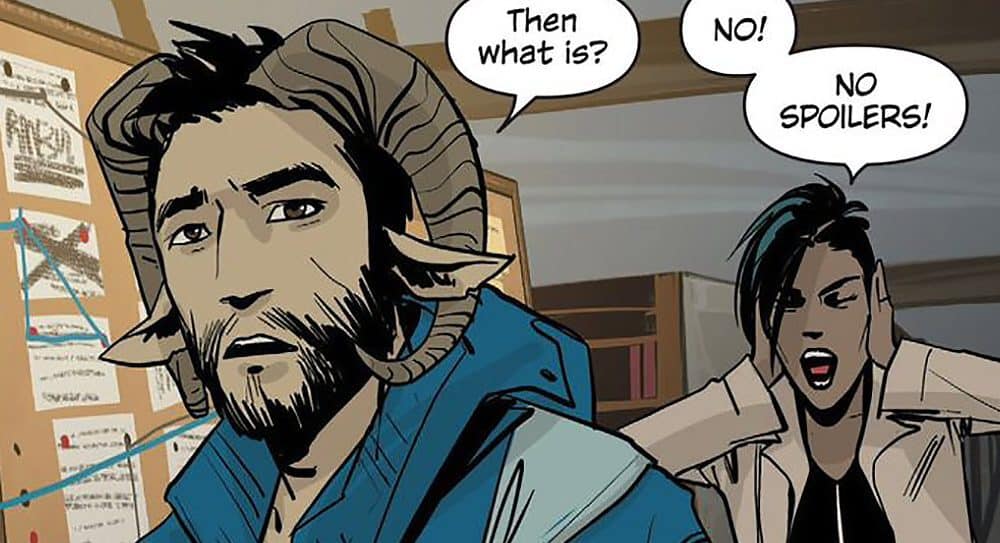 There’s nothing worse than seeing everyone on your timeline chatting about something cool that you aren’t up on. Right now, there’s no word on when Saga will return, but the series left off with a major cliffhanger so you bet that Issue #55 is going to be a Twitter event. Find out what all those Prince Robot IV references mean and be ready to join the crowd by catching up now.

The story is inclusive and thought-provoking 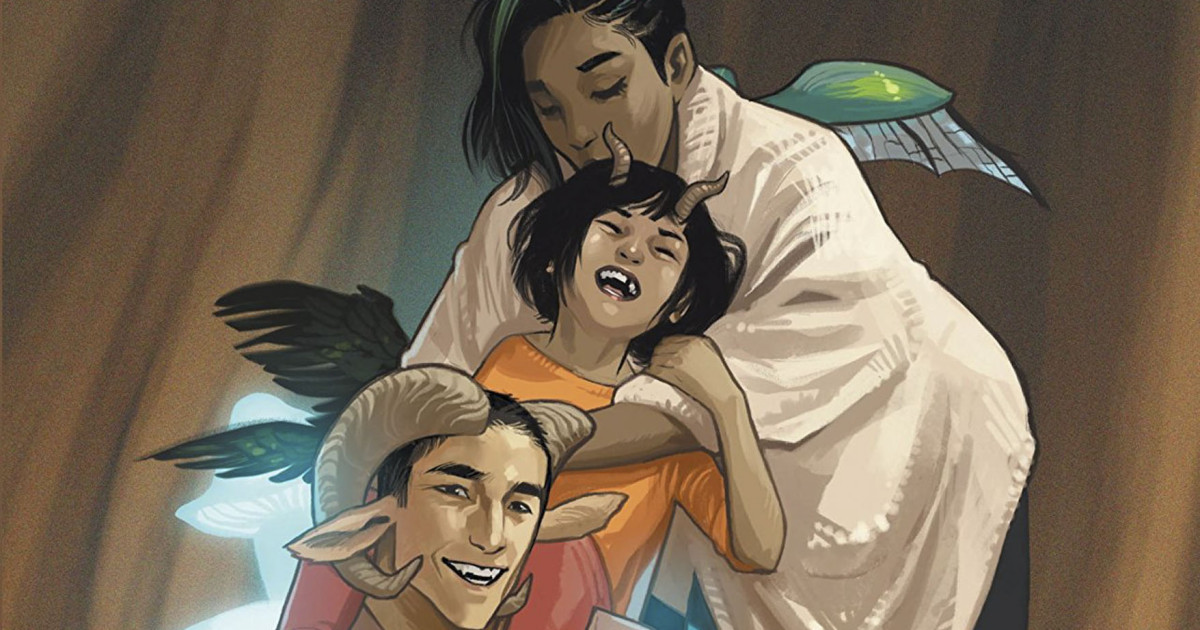 Saga is inclusive with leading characters who span race, gender, and sexual spectrums. Alana is a Black with wings who bucks the system and isn’t afraid to take action. An adult Hazel frequently narrates the story from her perspective, indicating that she will become a major player as she ages. And, antagonists like Lying Cat and Gwendolyn, who rocks a great Afro, are compelling characters with interesting backgrounds and motivations for their actions. The series tackles gender roles and perspectives on war in a thoughtful way and shows a futuristic fantasy world that isn’t a monolith.

Saga has something for everyone 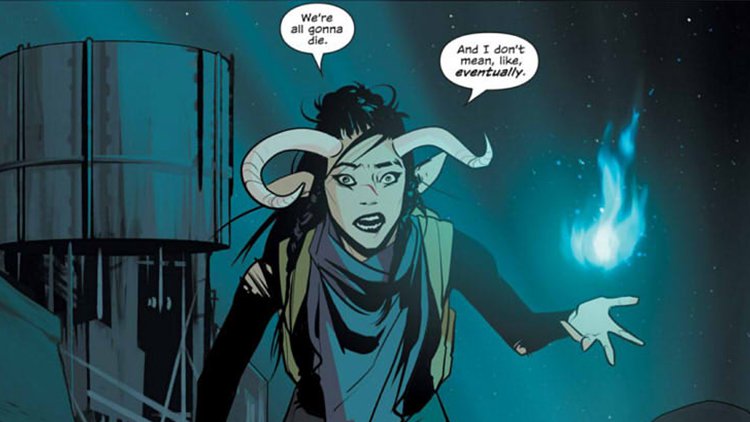 This family-centered series manages to bring in a lot of different elements without doing too much. There’s romance, violence, deep mythology, vulgarity, social commentary, and a charming oddness that can appeal to virtually any reader. And, readers who love expressive graphics will take joy in the emotions and details in each character’s expression that tells a story of its own.

Basically, Saga is the real deal and worthy of all the hype. And now, you can devour the first half of this epic story in its entirety while you wait to see where this family heads next.