The best part of being involved in modern board gaming is the wide range of games available. Every day there seems to be a new and exciting title being released. While games are becoming more epic and grand in scope, they’re also getting more complicated and, at times, more convoluted. Reading rulebooks and watching how-to-play videos can sometimes be cumbersome if all you want is to get a fun game in.

Based in London, England, Big Potato Games focuses on games that are designed to get to the tabletop as quickly as possible.

“It was always a goal to invent games that we would like to play and, as our attention spans are fairly short,” co-founder Tristan Hyatt-Williams said, “making them quick and easy to learn seemed like a good place to start.”

The team designs, manufactures, distributes, markets, and demos all of their games in-house. Each title is geared to the party and casual game crowd, with the emphasis on simple rulesets and big laughs. The cheeky humor found in their games is also reflected in the company’s name.

“Big Potato came from my sister who was teaching in China,” Hyatt-Williams recalled. “She told me that a successful person in China is known as a Big Potato, which made me laugh. But then we do say Big Cheese here so I guess we can’t talk.”

Here’s a look at four of their more popular games that we can’t get enough of. 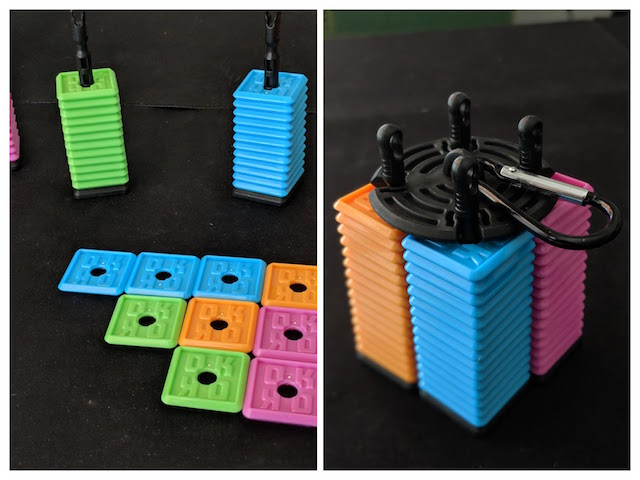 Gamers of all ages can learn to play OK Play in less than a minute; it’s a cross between Connect Four and the tile-laying classic Carcassonne. The game was made to be easily portable, too, allowing you to get your game on nearly anywhere.

You and your opponents take turns playing one of your colored tiles, placing its edge flush against another tile’s edge. Play continues until someone has five of their color in a horizontal, vertical, or diagonal row. 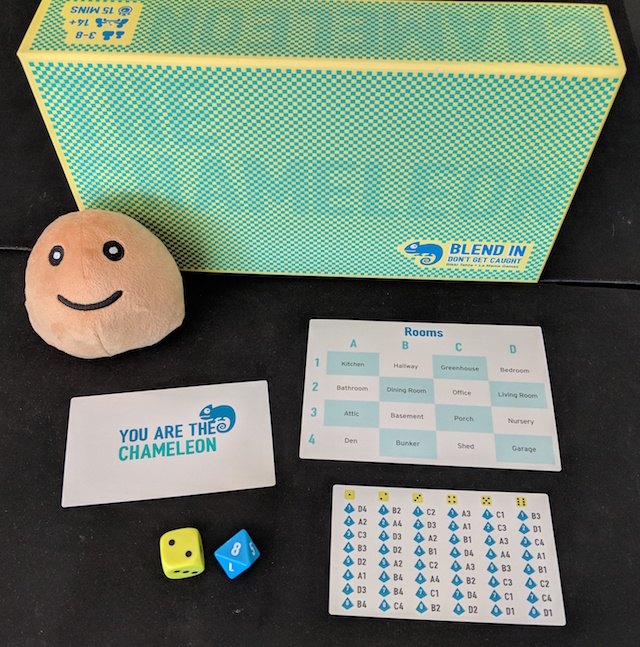 If you’re familiar with Werewolf, Spyfall, and Secret Hitler you can dive right into the social deduction word game The Chameleon. Dice are rolled to determine the word on each player’s sheet; however, one player is the chameleon and they don’t know the word. It’s up to the chameleon to blend in with their opponents before they figure out their true identity. 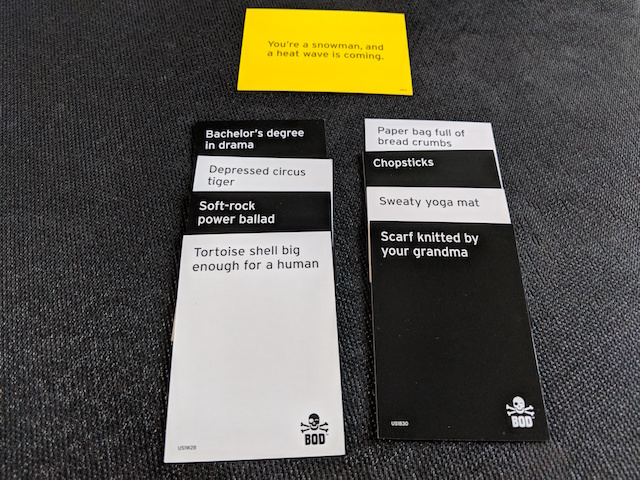 A storytelling game for adults, Bucket of Doom is a party game for the gallows-humor set. Players begin with eight object cards, then a Doom card is revealed. They’ll each use one of their object cards to tell of their escape from the Doom card. If the Doom card is “You’re a snowman, and a heat wave is coming,” which card holds the secret to your escape? Come up with something clever and you’ll earn the first of hopefully three Doom cards that lead to victory.

Tell us about your favorite casual games in the comments below!

Ruel Gaviola loves board games, books, cooking, traveling, Star Wars, and date nights with his wife. He writes about games for  iSlaytheDragon, podcasts about games for  The Five By, and his name rhymes with Superman’s Kryptonian name. Follow him on  Twitter and read his blog  here.