How does your shore end up with 30 million horseshoe crabs? There are only two possible ways. The first is that your city is overrun by them in a horror movie. (Maybe because they flew there.) The other is that a whole bunch of them get down to the business of getting down. Which is exactly what happens to Philadelphia’s Delaware Bay every year.

This video from PBS Terra and Deep Look (which we first saw at Boing Boing) explains how so many crabs, a species that spends most of its time deep below the waves, can end up in a single spot every year. From PBS Terra:

“Horseshoe crabs spend most of their lives in the ocean depths. But every May and June, their spindly little legs will carry them 60 miles or more to congregate on sandy beaches up and down the Atlantic coast. Nowhere are their numbers greater than in Delaware Bay. As many as 30 million crabs — a population the size of Shanghai, China — descend on these shores. What are they all up to?” 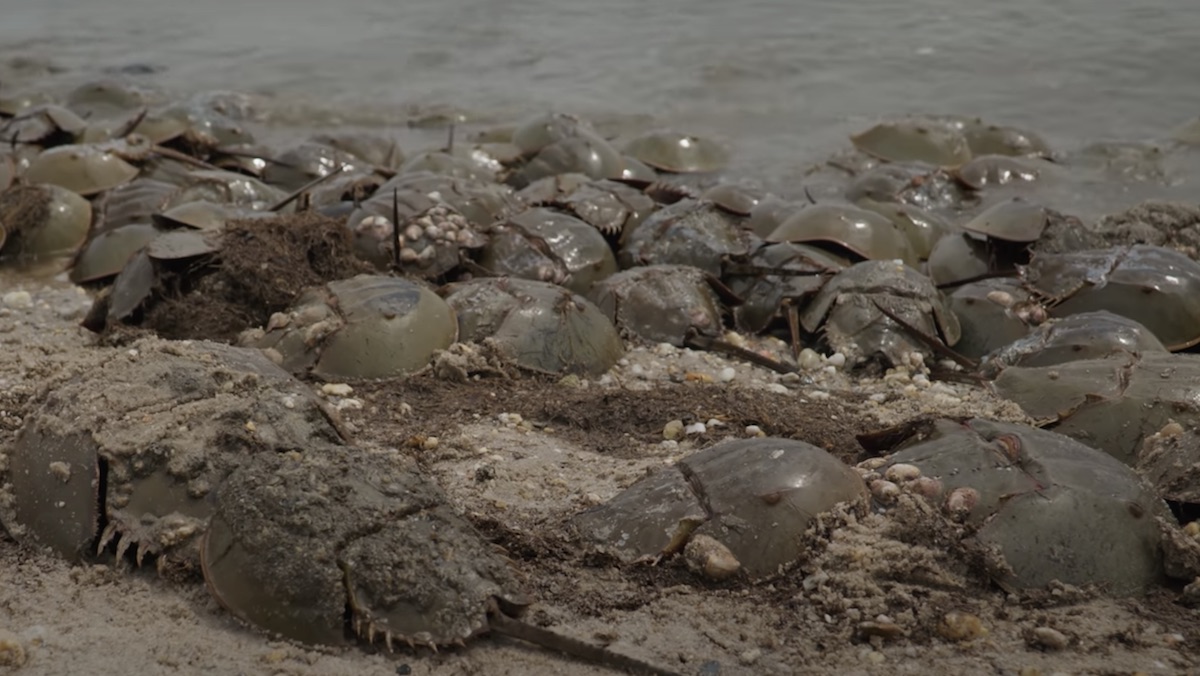 During the spawning season male crabs show up with one thing on their mind. Guess what that is! As Deep Look explains in their own video, the crabs “scramble to latch on to the backs of passing females.” Which is easy since female crabs are much bigger, “the size of dinner plates.” If the duo can make it up the beach, avoiding dangerous waves that threaten to flip them, they get to work making many, many, many baby crabs.

A female finds a good spot in the wet sand. Then digs a hole for her roughly 4,000 pea-sized eggs, which she releases all at once. That clingy male then attempts to fertilize them. Though “single dudes crowd around too, vying to fertilize the rest.” When the deed is done, the parents go back to the sea. But they’ll return for additional breeding attempts. Which is how you can end up with 30 million crabs crawling along your beach.

Still scary. But much better than being in a horror movie with a similar premise.