British post-apocalypse flick 28 Days Later hit American theaters on June 27, 2003, when psychological thrillers and re-imagined horror franchises ruled the box office. The zombie/undead sub-genre had been largely relegated to indie projects and B-movie status until 28 Days Later brought it back (sort of) with a story featuring running, raging infected humans. But, the real gift in this universe is Selena, played by Naomie Harris—a Black horror heroine worthy of all the praise.

In many horror films, the audience witnesses the leading lady’s evolution from normal to confused terror to a trauma-fueled rush of bravery and resilience as they take on whatever dark entity or situation comes their way. When viewers meet Selena, she is already deep into this transition after 28 terrifying days in the apocalypse. She has no grandiose hopes for a cure nor a desire to make big plans. And she certainly would never be a sacrificial lamb to make sure her White counterpart survives.

Selena’s introduction is aligned with her personality—energetic, fiery, calculated, and bold. She runs in with fire bombs to save Jim, a clueless man wandering the streets after waking up to a dangerous new world. Selena and her sole accomplice Mark are decked out in layers of clothing and gas masks before stripping down to reveal themselves to Jim. The former chemist breaks down the young apocalypse’s history in pragmatic fashion before assuring Jim that his family is dead.

Jim gets an advanced lesson on how brutal this world can be during an attack from “the infected” at his house: when Selena and Mark come to his rescue, Mark becomes wounded, and Selena wastes no time killing him with her machete. Of course, Jim is horrified by her swift action and challenges her response to the situation. Selena is undeterred by his emotion and explains why she killed Mark.

“Look, if someone gets infected, you’ve got between 10 and 20 seconds to kill them. It might be your brother or your sister or your oldest friends. It makes no difference. And just so you know where you stand, if it happens to you I will do it in a heartbeat.”

The mind of Selena

Selena’s self-preserving ideology, quick adjustment to a changing world, and ability to make split-second decisions based on facts are critical to their survival. She makes the logical choice to kill someone who would have become an inhuman terror in seconds. What’s interesting about this is that when men exhibit these traits they are often perceived as smart, capable leaders. Meanwhile, she’s seen as someone who went from being callous to a more “palatable and loving” person by the end of the film.

Further dialogue reveals that Selena is written specifically as a Black woman, which is important. Generally speaking, society often labels women, specifically Black women, as difficult or hard for simply standing their ground and saying what’s on their minds. Selena’s straightforward, assertive and sometimes ruthless persona probably make Jim, a White man, feel quite uncomfortable because she’s a woman. He (and some of the audience) can’t see past her exterior to realize that Selena’s wonderful balance of survival instincts, tenacity, heart, and compassion are always present throughout the film. 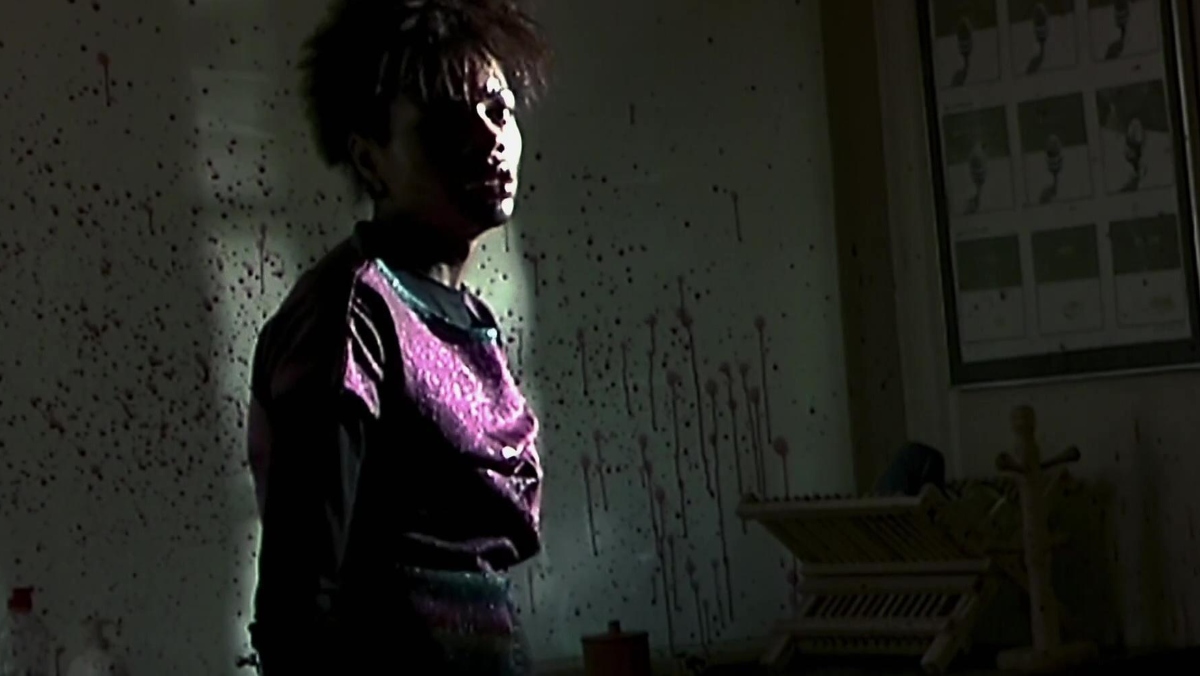 She knows Jim’s parents are likely dead but she accompanies him to his home so he can have closure. Jim’s lack of knowledge and naïve outlook makes him a liability but she takes him under her wing anyway. Selena also shows genuine concern for his health as they climb tower stairs and questions why he didn’t say he say he was feeling unwell. She saves Jim from his own stupidity multiple times (why would he light a candle with zombies on the prowl?) and makes the choice to help Frank and Hannah go to Manchester even though it’s a risky plan.

If she were truly cold and unfeeling, she would have left the dad-daughter duo (and Jim) to their own devices. But, like most other people on Earth, she still wants to be connected to others. And as much as she talks about leaving people behind, she always uses the world we, signifying that they are a unit.

Selena finds joy in midst of bleakness through small moments: strolling through a grocery store, enjoying food, soaking up quiet time, and watching Frank and Hannah interact with each other. She becomes protective over her small group, especially Hannah. Similar to Alien’s Ellen Ripley and Newt, Selena comforts, guides, and protects Hannah after her Frank’s death. The group ends up in the hands of soldiers in Manchester, who are intent on sexually abusing women and girls. Frank and Jim really should have listened to Selena.

There are countless stories of abuse towards women in our “normal” world, so to have it present in a devolved society isn’t a far-fetched choice. It’s clear that a woman’s worst enemy in pretty much every apocalypse scenario is vile men. Selena is outnumbered, outgunned, and weaponless, but she uses her brains to try to make the situation better. She gives Hannah pills to emotionally numb her but keeps her own head clear during an escape attempt. Jim predictably becomes a trap-setting, stealth hero capable of tricking military-trained men (and raging infected people) so he can save the day. It’s a dynamic shift that stirs up mixed emotions.

Black women are always expected to be “strong” heroes who save everyone else, so it’s a change to see someone step up and come to her defense. (It’s the least he could do after she saved him multiple times.) But it’s somewhat frustrating to see Selena’s agency reduced so Jim can become the protagonist and ultimate hero. The fact is, Selena’s influence is what drives him to become the person he needs to be in that moment.

Selena’s film story ends with her, Jim, and Hannah’s rescue, but that’s only the beginning for this character. In 2009, BOOM! Studios gave Selena her own comic series and expanded her characterization with a story that would have been incredible in live-action. In the 28 Days Later comic, Selena is alone again after Jim is set for execution for murdering the soldiers and Hannah was adopted by a German family (umm, what?). Those narrative stretches aside, the story sets Selena on a new path when she leaves a Norway refugee camp to guide American reporter Clint and his crew into London. 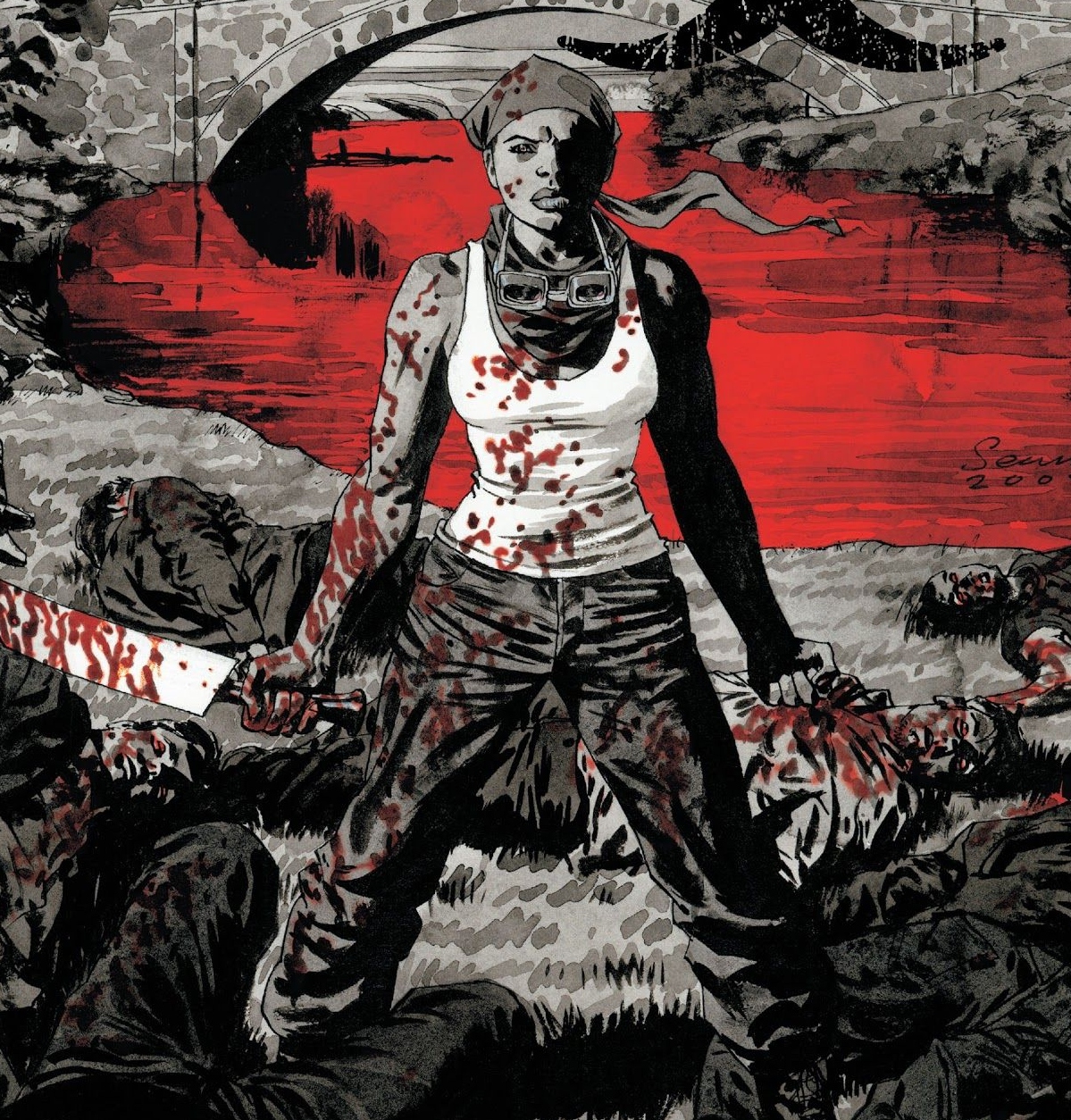 Clint is working on a story about NATO forces restoring the city and he needs Selena survival expertise to help guide him there safely. The comics stay true to her blunt persona but also allow readers to learn more about her life before and after the film’s events. According to notes in the film, director Danny Boyle and Naomie Harris created a background for Selena involving her killing her infected mother, brother, and father, but it was never explicitly explored onscreen.

However, the comic reveals via flashbacks that Selena had to kill her loving husband David after he became infected. She checks the attitudes of people in the groups, encounters gruesome dangers on the road, and grapples with coming to terms over David’s death.

In the end, she was able to properly process her emotions, grieve, and leave her machete behind for a new life in an American safe zone. It would have been incredible to watch Naomie Harris reprise her role for the kind of arc that allows Selena to be the primary protagonist and leader. Selena was given the space to not only survive but process her losses and define what it means to thrive in this world.

Selena’s journey is about the delicate balance between the ruthless actions needed to stay alive and maintaining a connection to the humanity within herself. She was prototype of The Walking Dead‘s Michonne and countless other women braving an infested world with a weapon in hand. There are a lot of sides to choose, and Selena’s is the right one to be on.