11 Whimsical and Weird Christmas Treats to Stream on Disney+ - Nerdist

11 Whimsical and Weird Christmas Treats to Stream on Disney+

If you can believe it, it’s been less than a month since Disney+ debuted. Since then, we’ve all fallen in love with Baby Yoda, rewatched our favorite Disney Channel Original Movies and discovered the meta-musical joy of High School Musical: The Musical: The Series. But now that nights are drawing in and Christmas is finally promising to arrive, it turns out that the streamer also has a super solid selection of whimsical and some downright weird Christmas movies. So, as is our way, we’ve selected 11 of our faves for you to enjoy! 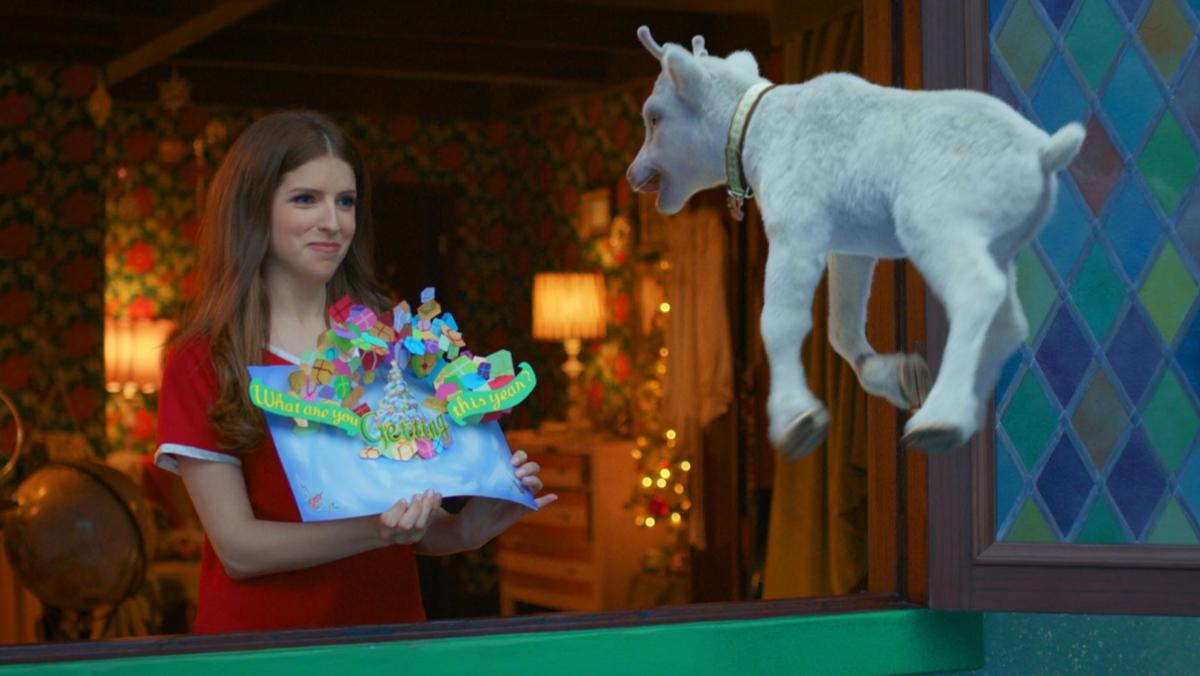 Disney’s flagship Christmas release is an entirely original Christmas movie about a young woman (played by Anna Kendrick) who just happens to be the daughter of Santa Claus. When her brother and heir to the Claus throne goes missing—becoming a yoga teacher in Arizona—Noelle has to save Christmas with the help of her elf nanny played by Hollywood icon Shirley MacLaine. Silly, sumptuous, and featuring an entirely practical North Pole that was built on location in Whistler, this is a super fun little holiday gem that you likely haven’t seen yet.

Beauty and the Beast: The Enchanted Christmas 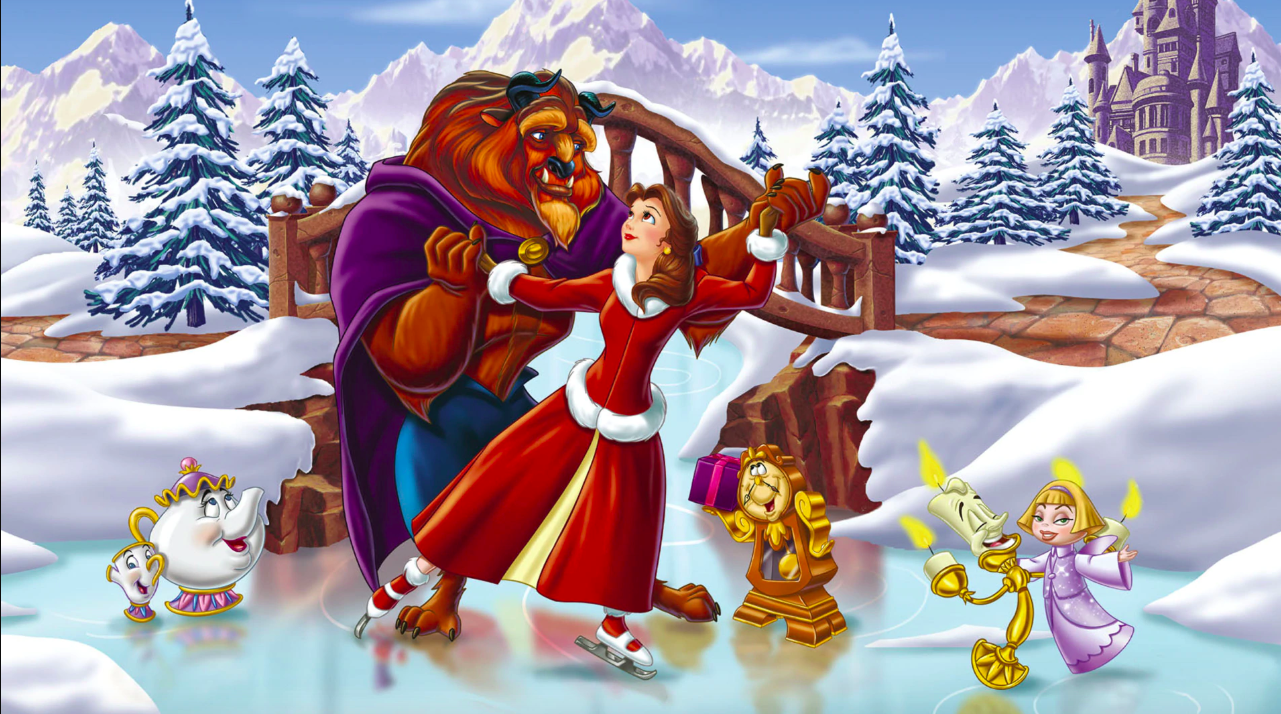 This direct-to-video classic is one of the best of the vast Disney animated ‘sequel’ canon. If you love the original ’90s smash then you have to check this out as it works as an expansion on the beloved film Beauty and the Beast. As the palace prepares for Christmas, Mrs. Potts reminisces about Belle and the Beast and the festive season they spent together after the Beast saved his future wife from the hungry wolves in the dark and dangerous forest. It’s very magical!

This ’60s live-action Disney offering is a wacky Christmas classic and if you’re looking for some vintage cheese then you can’t go wrong with this very loose adaptation of the opera of the same name. Mixing fairy tale legend with family drama and some seriously scary moments, Babes in Toyland is the kind of film that really couldn’t get made anymore. Plus, if you enjoy this surreal version, you can seek out the weird AF ’80s take which stars Drew Barrymore and Keanu Reeves. 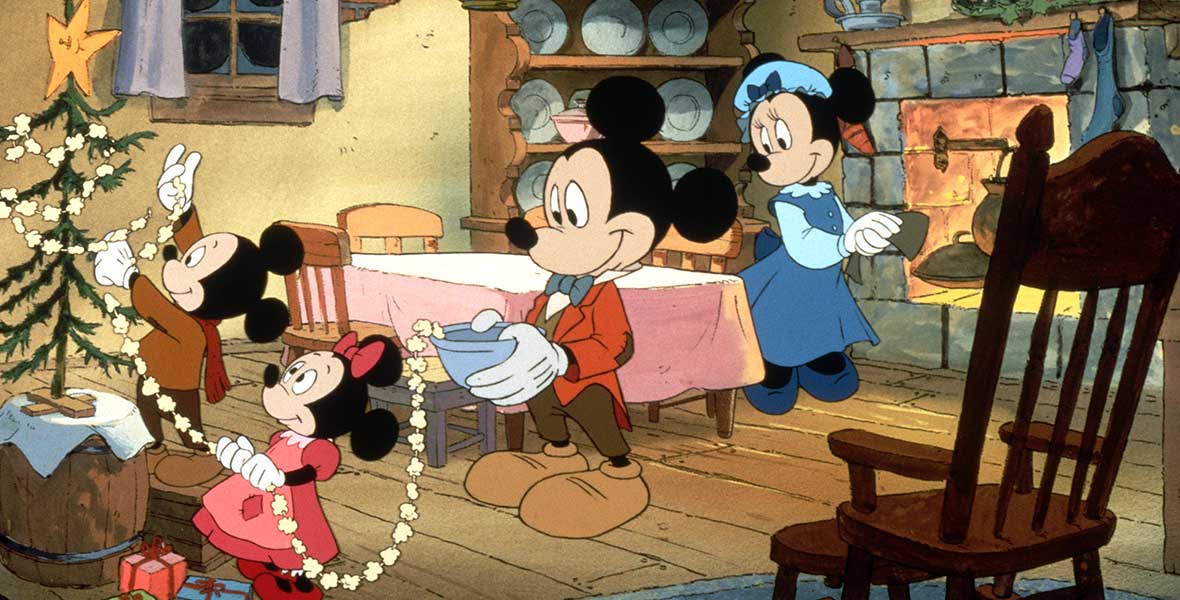 One of two Christmas Carol adaptations on our list, this animated classic from 1983 was likely a VHS stalwart in your house if you were an ’80s or ’90s baby. With Scrooge McDuck taking on the role of the stingy Christmas crank Ebenezer Scrooge and Mickey Mouse playing the humble and kind Bob Cratchit, this is a heartwarming and cozy Christmas treat which in the tradition of any good ’80s Disney animation is also nightmarishly scary in parts. 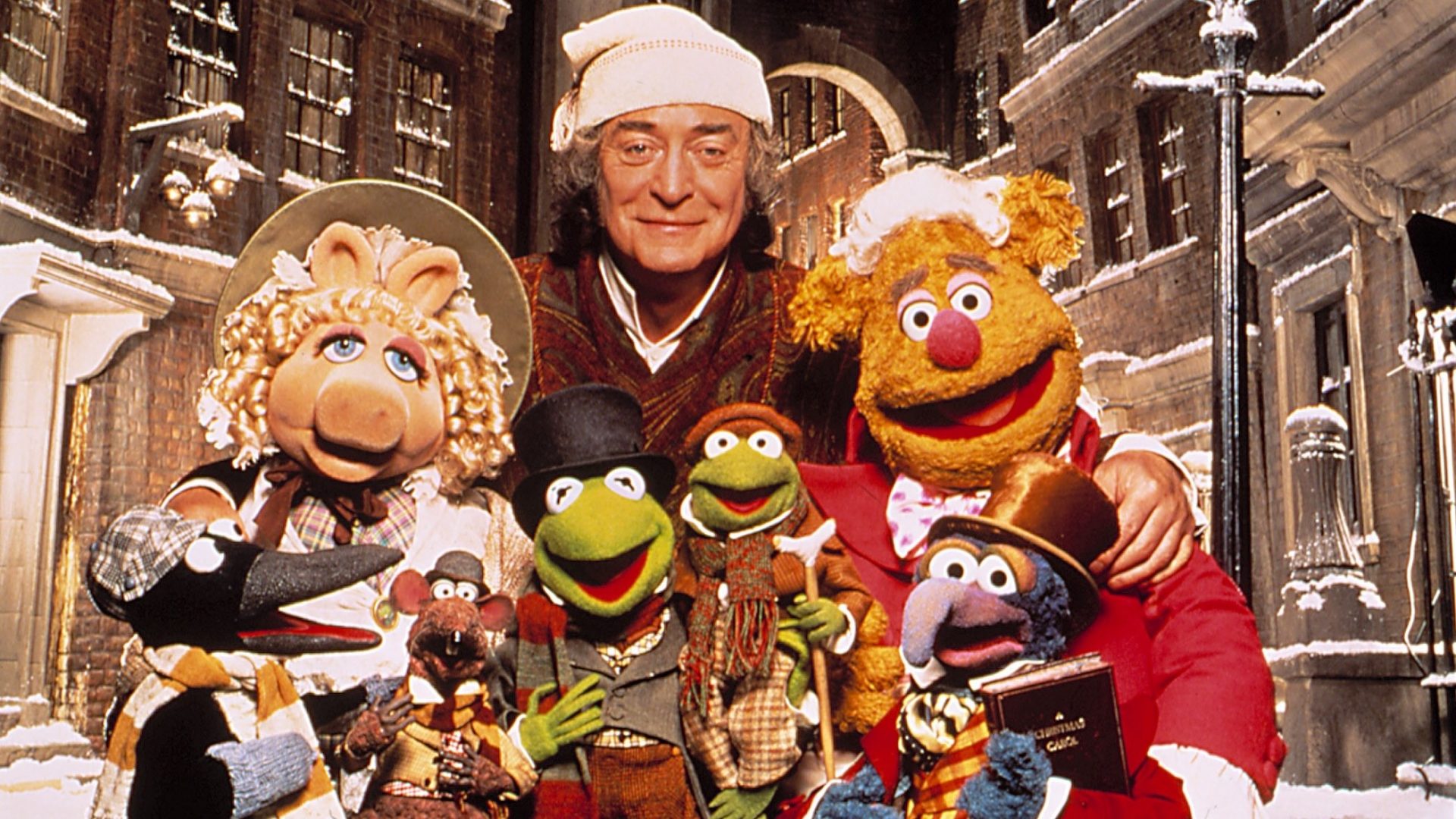 Our second take on Charles Dickens’ beloved morality tale is this ridiculously fun Jim Henson offering starring none other than Sir Michael Caine. Yep, he’s the cranky creep this time and as he refuses to share his wealth with his poor employees and local neighbors, he begins to get some ghostly puppet visitations who teach him the importance of being nice to Kermit the Frog’s very cute and sickly son.

The Nightmare Before Christmas 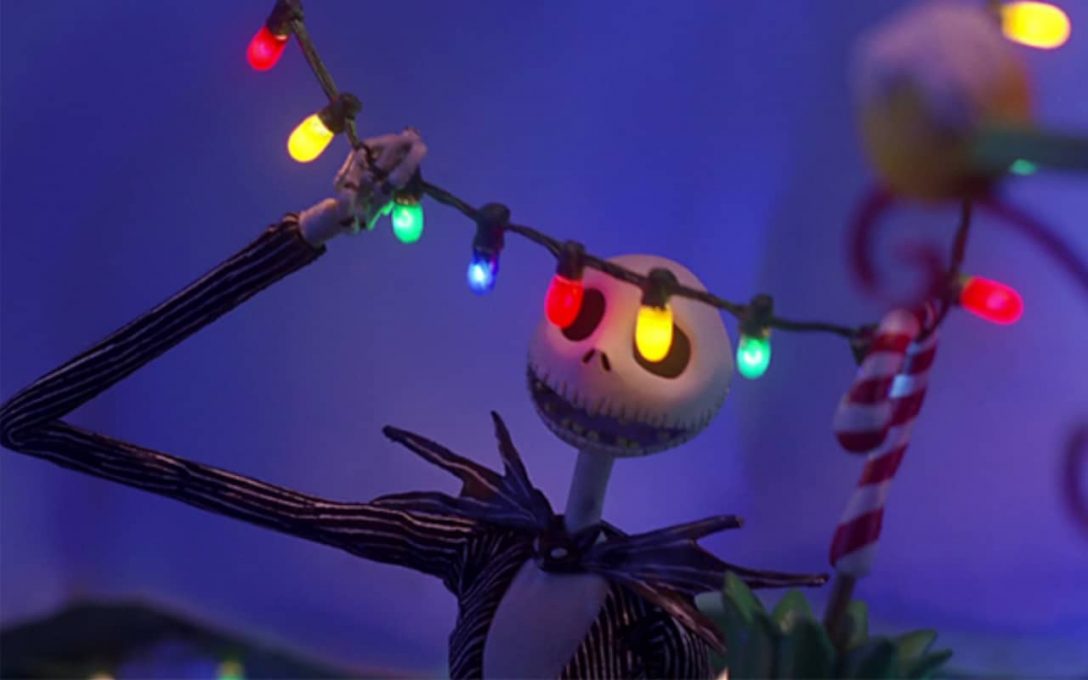 Though the creative team behind The Nightmare Before Christmas might say it’s a Halloween movie, we think it definitely serves a double purpose. And as it’s super magical and sweet, we’re including it on this list. The Tim Burton-designed and Henry Sellick-directed stop-motion masterpiece is one of Disney’s all-time best as Jack Skellington, the king of Halloween Town, discovers his Christmas counterpart and decides to put on the best (make that worst) Christmas ever. It’s filled with joyous songs, spooky treats, and a solid “stay in your lane” moral. We love it. 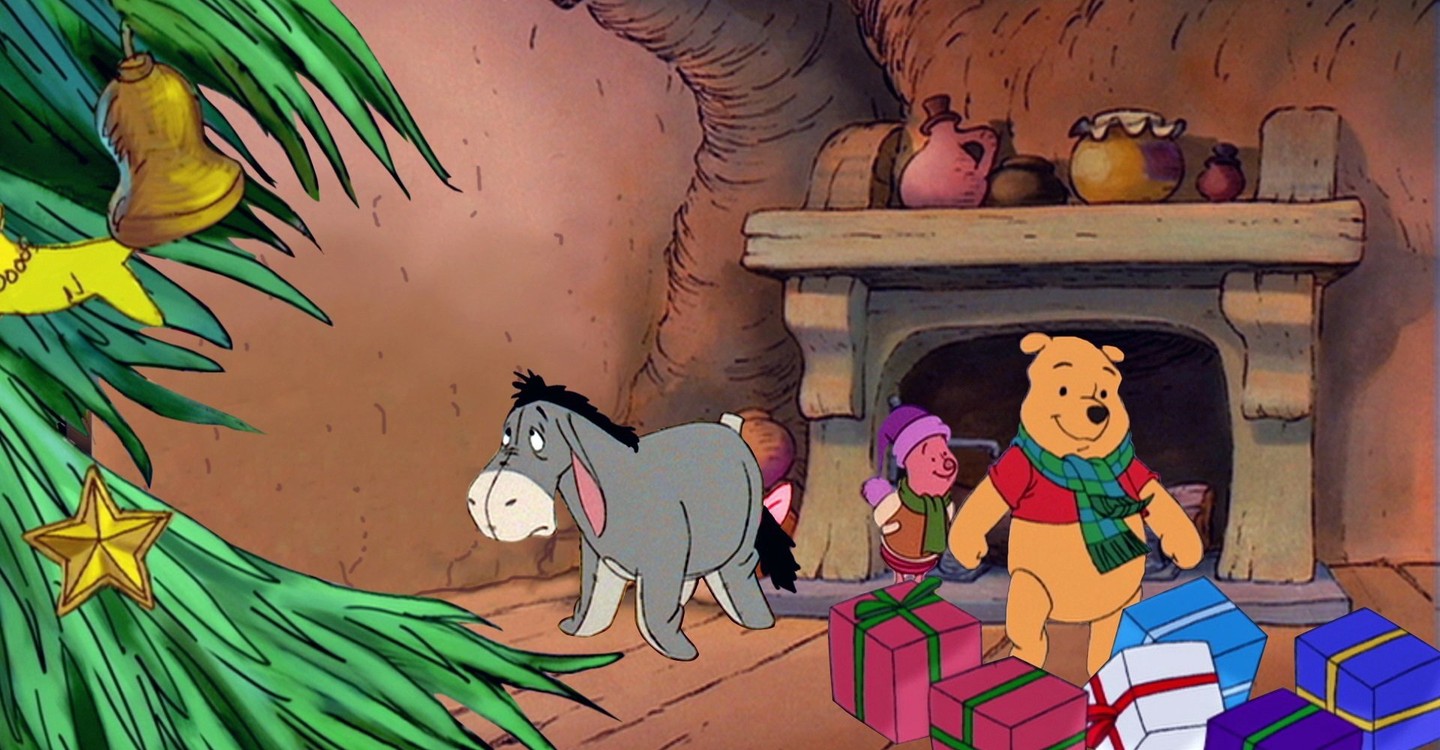 Another cozy direct-to-video classic here as Pooh prepares for Christmas with all his buds in 100-acre wood. If you’re a Winnie the Pooh fan you likely the know the drill here: some honey, some drama, some cute critters, and maybe a couple of honey-induced hallucinations if you’re lucky. This film sneakily uses footage from a previous Winnie the Pooh holiday movie but you likely won’t mind as it’s such a chilled out and sweet holiday adventure that you’ll be too busy relaxing to care. 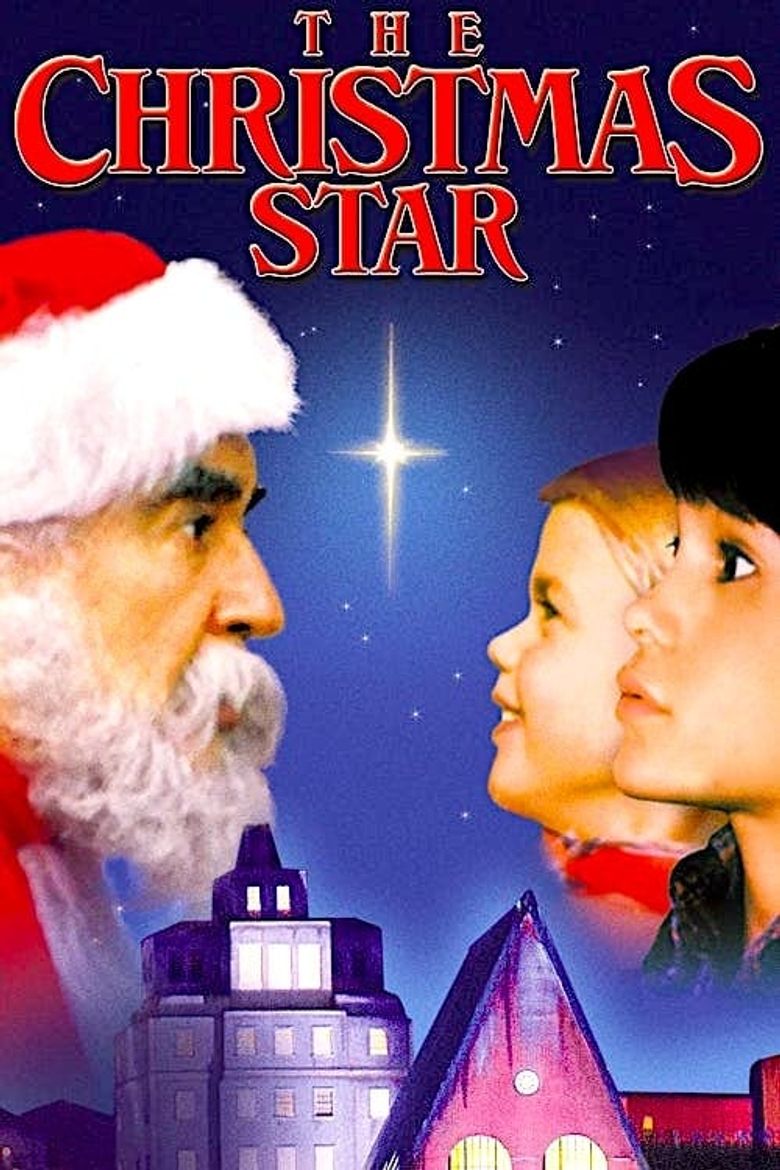 This cheesy made-for-TV movie is a great little nostalgia piece—even if you’ve never seen the Ed Asner starring oddity. When a criminal (Asner) stages a prison break by dressing up as Santa, he comes up with a scheme to retrieve his loot with the help of two young children. But guess what? After becoming trash Santa (literally), he finds the spirit of Christmas and turns his life around! It might sound soppy but it is also exceedingly strange, oddly grimy, and weirdly entertaining.

Mickey’s Once Upon a Christmas

This festive Disney anthology centers on your fave Disney characters as they celebrate Christmas. There’s some solid DuckTales action here as Hewey, Dewey, and Louie cause some chaos with a wish for Christmas every day and, of course, they soon realize that it’s not as special as it seems when you’re living it up daily. Mickey and Minnie offer up a take on The Gift of the Magi, and Goofy and Max meet Santa in the undisputed best story. It’s a whole lot of fun and will inspire some serious Christmas nostalgia in anyone who used to watch Disney VHS to get into the spirit of Christmas. 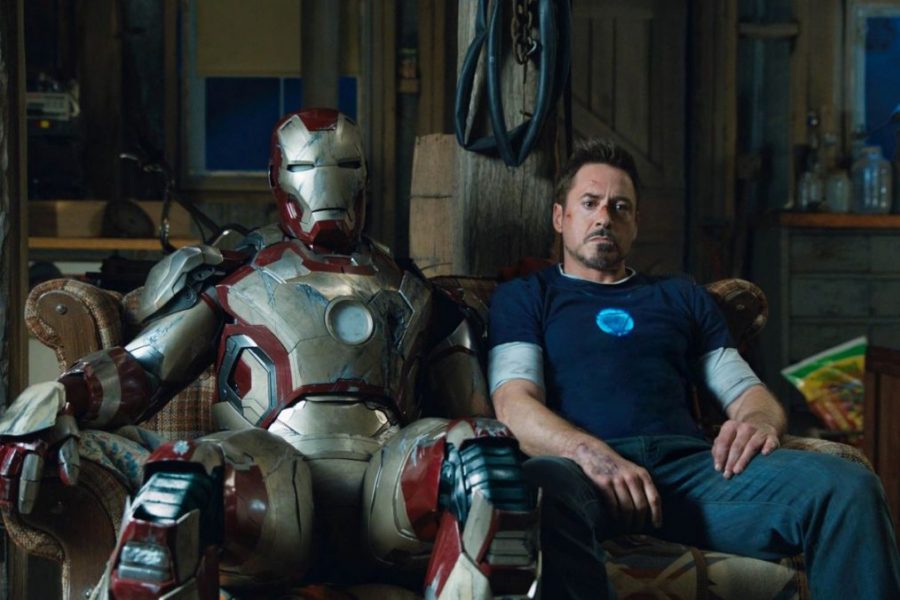 Yes, Iron Man 3 is a Christmas movie. There is no debate to be had and if you want your MCU fix with a festive twist, this is the closest that you’re going to get. We’re sure you already know the plot of Shane Black’s take on Iron Man but one of our fave parts is the fact that it probably introduces the boy who might become Kang the Conqueror… Ty Simpkins who returned in Avengers: Endgame in what seemed like an auspicious cameo. 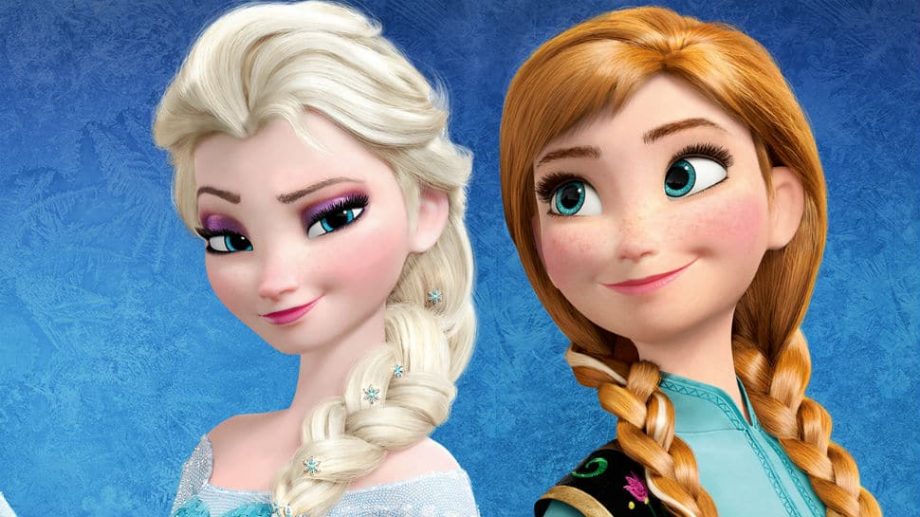 Is Frozen really a Christmas movie? Probably not in the technical term but it is full of magic, snow, and songs that are perfect to belt out with your family. Plus, if you want to catch the current sequel—which recently hit theaters—it’s the perfect time to catch up. This reimagining of Hans Christian Anderson’s “The Snow Queen” is a power-ballad filled love story about friends, family, and breaking tradition and if you don’t cry when Elsa sings Let it Go, you might be dead.