With Disney+ finally about to launch, it could have been easy to miss some of the non-Star Wars centric programming that the massive studio will be bringing to their new streaming service. But seeing as it’s the holiday season and straight-to-TV Christmas movies are finally earning embrace as joyous gems, Disney+ is launching with Noelle. The Christmas comedy centers on Bill Hader and Anna Kendrick as two of Santa Claus’ children. But when Hader’s heir to the family business goes missing, the younger Kringle sibling (Kendrick) has to head out to find him.

During a visit to the very festive Vancouver-based set two magical Christmases ago, Nerdist was one of a lucky group of publications that got to sit down with Kendrick to chat about her character, her love of Christmas movies, and what Christmas was like for the actor growing up. 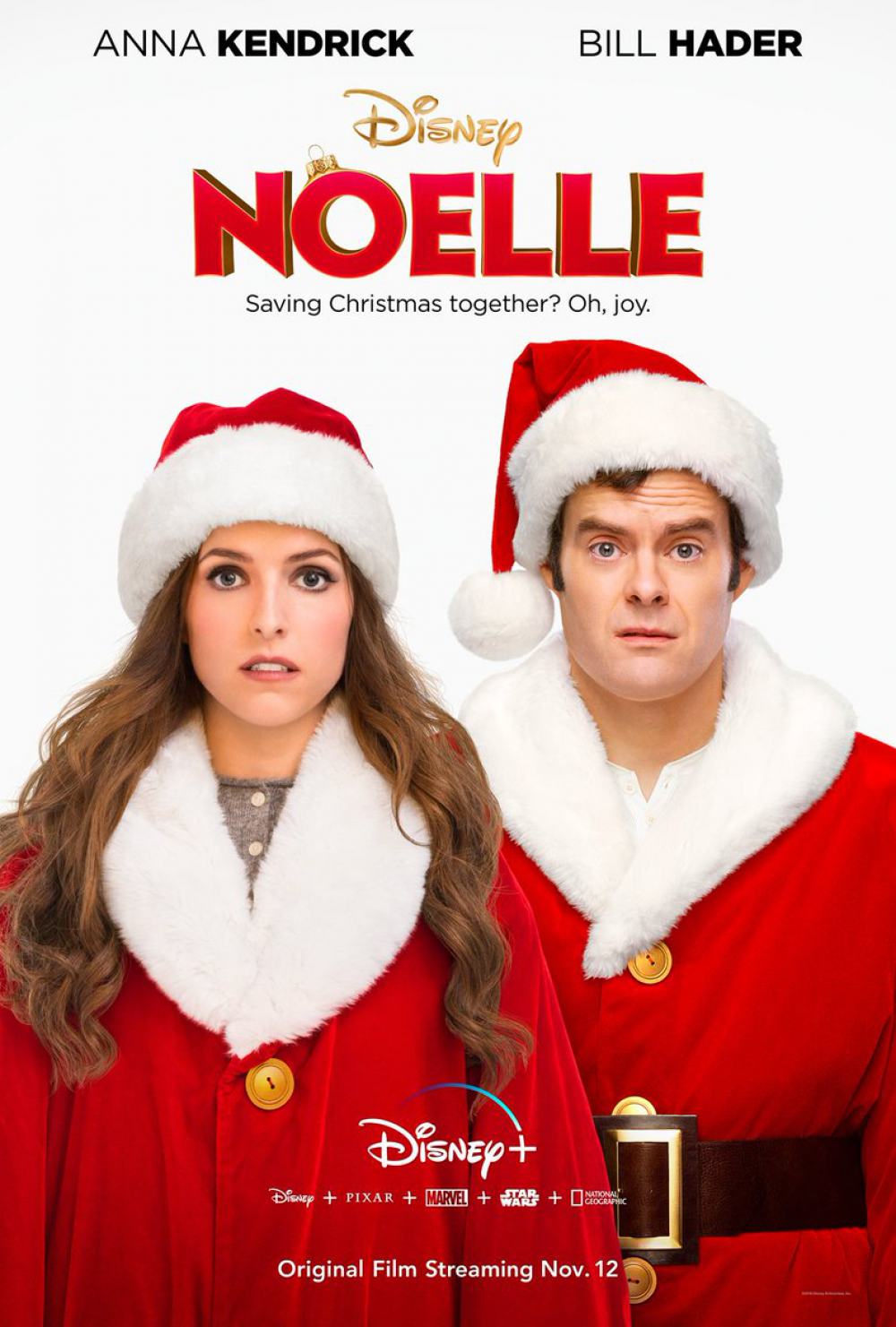 Though it seems like her character might be the hero of the romp, like many young protagonists, Noelle has a journey to go on before she can truly save Christmas.

“Noelle is a kind of spoiled, very bored young lady. She gets waited on hand and foot—even though she insists she can do everything by herself—by Shirley MacLaine who is like 250 years old and is this amazing sort of magical elf creature. She just kind of flits around and does whatever she wants and she’s kind of loving it. I’ll be honest, she’s loving life. Her brother is in training to be Santa Claus and he’s very reluctant. But Noelle thinks that she can just like whip him into shape in time. Then he disappears and things happen…”

According to Kendrick, that journey is key to Noelle’s growth as both a potential heir to the Kringle throne and as a person. “She has a lot more compassion than she realizes,” Kendrick said. “She has lived just being kind of bored and spoiled and now that she is finding purpose, she has a much greater capacity for her heart to allow all these people in as it were.” 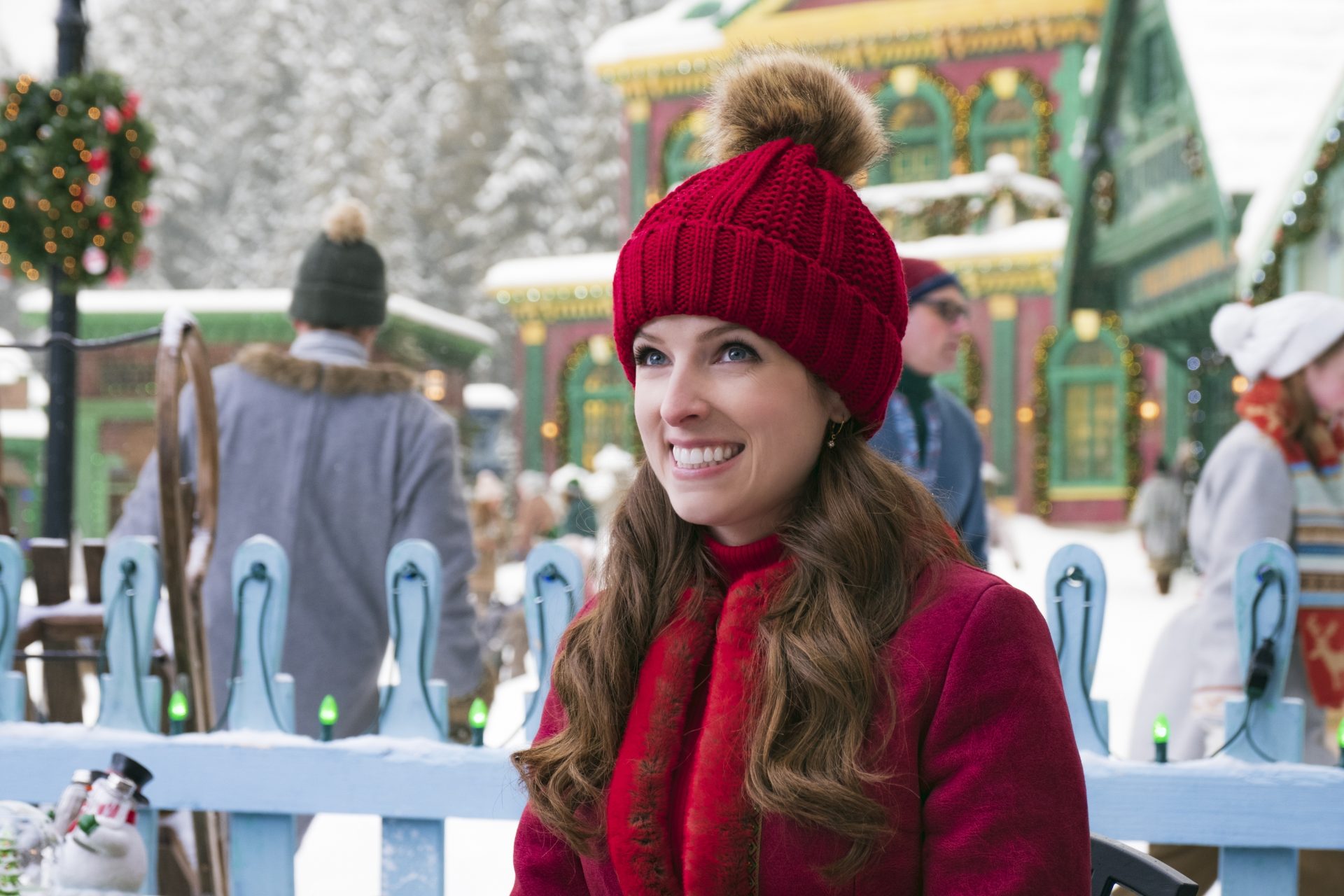 As for what drew the actress to the project, it was pretty simple, just like picking any project she wants to work on. “I just think it’s funny and I love Christmas movies,” Kendrick told Nerdist. “That’s basically my litmus test for whether I want to do a movie is would I want to watch this? I love Christmas movies and I think this script is really funny and there are lots of fun set pieces in it. That made me want to do it, you know. I don’t usually dive all that deep into the character in terms of the decision making. It’s just, ‘This looks like a fun movie and I would want to see this?’ So I was into it.”

When reminiscing about her own Christmases and what they were like, Kendrick was witty as ever. “[They were] white. I grew up in Maine, so white in the sense of snow and I guess also white in every sense because… I love Maine, but let’s be real. But yeah we had snowy Christmases. There’s a pond near my house that I would, like, hobble over to and skate. And I had to skate for this movie, actually, and was like, ‘Well, I have skated on a little pond when I was a kid so I’m sure it’ll be like riding a bike.’ It was not like riding a bike.”

The concept of Noelle seems to center on the idea of two Santas, one of whom is a woman, suggesting that Noelle carry a message of female empowerment. “It’s a fantasy film. It’s a heightened version of systems that are in place. You know, there’s this line that’s thrown away… like, ‘Well, it’s just this thing we’ve been doing for a thousand years, I don’t know, these things happen. We all just assumed women couldn’t do it.’ So I do think that there is some kind of big heightened metaphors about feminism,” Kendrick said.

She continued, “But at the same time, I think there are elements of Santa Claus that for children in the audience will just be about Santa Claus. And there are other elements that are about the kind of spirit of charity that happens at Christmas. Something like A Christmas Carol is a total classic but I watched the Muppets Christmas Carol recently because I watch it every year. It really gets me every time, the idea of holding Christmas in your heart year round because there is something nice that happens at Christmas where you feel more connected to people that you don’t know.”

Noelle is available on Disney+ from the November 12 launch date.