Let’s take a quick poll. Does your list of New Year’s resolutions include reading more? If so, we have suggestions that will both get more books in front of your eyes and help prepare you for movies and TV series coming out in 2018. It’s a way to maximize your precious free time. And yes, though adaptations of books for the screen are always different from the source material, we still think it’s nice to sit down knowing the inspiration for the story. To that end, here are 11 books you should read this year: Annihilation by Jeff VanderMeer is the basis for the movie of the same name. A sci-fi fantasy novel set in the mysterious Area X, Annihilation is the first book in the Southern Reach trilogy and focuses on a team of four women tasked with exploring the area. Bonkers world-building, bizarre creatures, mysteries and conspiracies—carve out time when you pick this novel up, because you won’t want to put it down.Annihilation release date: February 23 If you enjoy the weird aspects of Disney’s 1964 adaptation of P.L. Travers’ Mary Poppins and are hoping to see similar wackiness in the upcoming Mary Poppins Returns, you must read the books. There are eight total books, each full of odd outings and characters–some of which will appear in the upcoming film, like the Balloon Woman. They’re imaginative and so much more out there than you can image. Philip K. Dick has penned a number of short stories, and some of them will be adapted in an upcoming anthology series from Amazon. Ten of his stories are collected in Electric Dreams. I have to admit this one is on my to-read list, and I can’t wait to dive in.

A Wrinkle in Time Madeleine L’Engle’s A Wrinkle in Time was published in 1962. The book is a staple on school curriculums, and I can remember it being one of my first introductions to science fiction. The protagonist of the story, the teenage Meg, searches for her missing father and works to save the universe from a personification of evil. 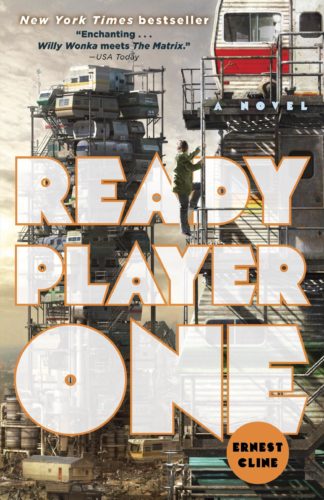 If you like ’80s pop culture references, dystopian universes, and virtual reality, give Ernest Cline’s Ready Player One a try ahead of the film. The quest at the heart of the story keeps it moving at a fast pace that will keep you flipping pages. When you combine the minds of Terry Pratchett and Neil Gaiman, tremendous things happen. Proof of this exists in Good Omens: The Nice and Accurate Prophecies of Agnes Nutter, Witch. Here are eight words you need to know about this book: it’s a comedy about the son of Satan. The angel Aziraphale and the demon Crowley try to stop the end of the world and hilarity ensues. 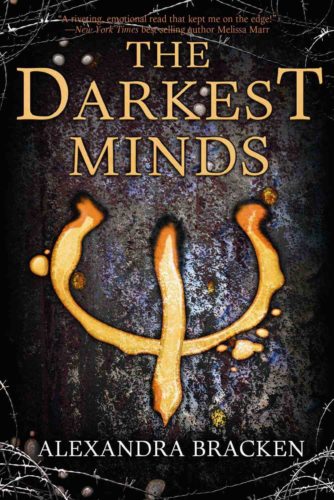 It’s a dystopia-heavy year. Alexandra Bracken’s The Darkest Minds is another entry in that category, set in a world where a disease kills almost all of the children in America. But two percent live and get superpowers, and the government wants to control them. Resistance ensues. You might think you’ve heard of every possible post-apocalyptic environment, but if you haven’t read Philip Reeve’s Mortal Engines, you’ll find yourself surprised. In this world, the cities and towns have only survived by becoming engine-powered machines that roll across the land and eat other towns to survive. Hester Shaw is at the center of this world, and in the first book she gets entrenched in events on the massive London. It’s a rich, inventive world that comes alive in your mind as you read.

A Series of Unfortunate Events Netflix’s adaptation of Lemony Snicket’s A Series of Unfortunate Events continues soon with these novels from the series: The Austere Academy, The Ersatz Elevator, The Vile Village, The Hostile Hospital, and The Carnivorous Carnival. Don’t do a binge read of the tragic books about the Baudelaire orphans. Though the tales are darkly humorous, they’re not hopeful. Take them in gradually to best appreciate all the eccentric characters. Richard Morgan’s Altered Carbon is another book from this list I want to read in the coming months. Described as cyberpunk science fiction, humans in this world can have their personalities separated from their bodies, stored, and put into new bodies. If your mind could be preserved after death, it would make it pretty hard to get away with murder… The Han Solo Adventures by Brian Daley are not the source material for Solo: A Star Wars Story, but they should be on your radar anyway. They were released in 1979 and 1980 and are not part of the current Star Wars storytelling universe. But if you want a trilogy of entertaining Han and Chewbacca romps set before A New Hope, pick up these delightful stories.

In the middle of reading any of these books? Chances are Alpha Book Club has already had in depth discussions that you should enjoy while reading. Alpha Book Club is our weekly live book club wherein we talk to readers directly about a voted-on book of the month. Be sure to join us in January as we dive into the first Harry Potter!

Which books are on your to-read list this year? What titles would you recommend to others? Share your lists in the comments.

Turn the page with more stories about books!