Just as Marvel’s Avengers had their own sorceress on the roster in Scarlet Witch, so too did DC Comics’ Justice League. And now the magician Zatanna is getting her very own film, thanks to Emerald Fennell of Promising Young Woman fame. But just who is the spell-caster Zatanna Zatara? And how did she go from the daughter of an obscure Golden Age hero to one of the DC Universe’s most powerful mages? Read on for a deep dive into the magical, mystical history of Zatanna. 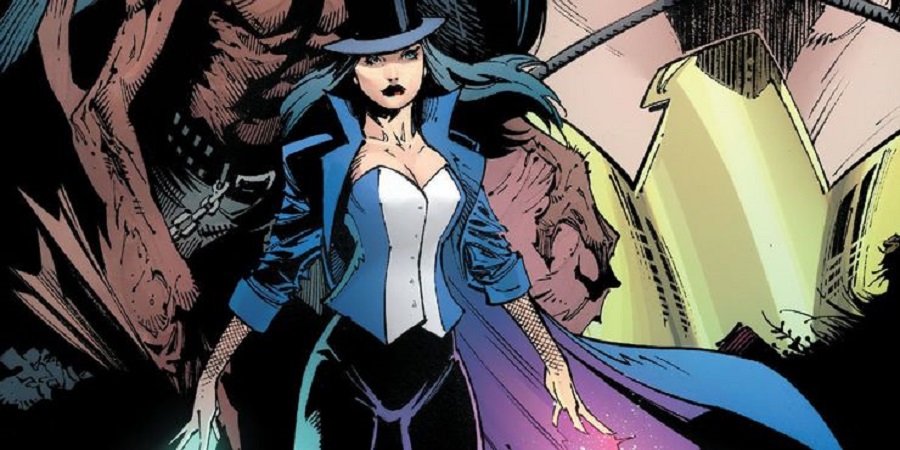 Zatanna made her debut in Hawkman #4, back in 1964. She was created by the prolific comic book writer Gardner Fox—the man responsible for co-creating the Flash, Doctor Fate, and Hawkman. He also first came up with the idea to team-up DC’s heroes, first with the Justice Society, and later the Justice League. Plus, he created the Multiverse, a concept that continues to be the gift that keeps on giving for DC. Zatanna was one of his last major contributions to DC lore. 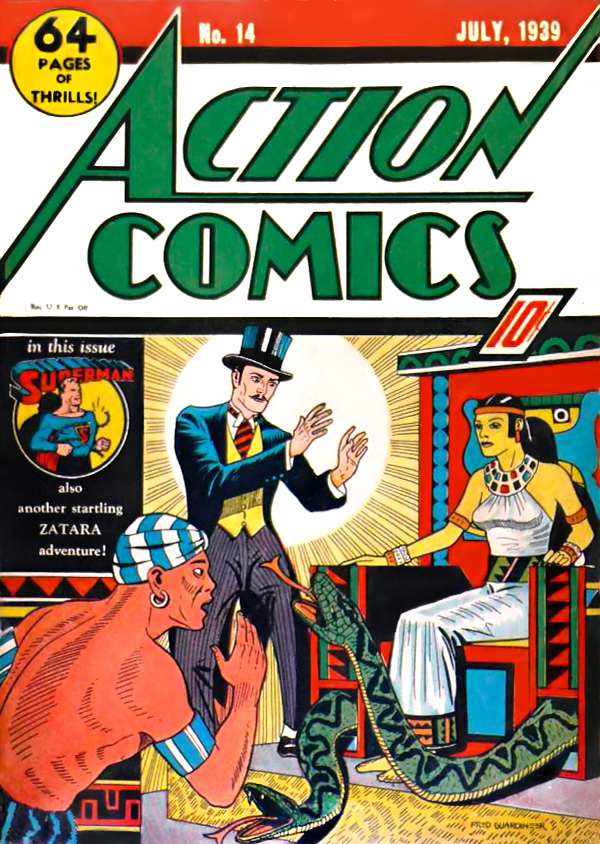 Zatanna’s story actually begins back in the Golden Age of comics, with the character of Zatara, the Master Magician. Giovanni “John” Zatara debuted in the back-up feature in Action Comics #1, the comic that introduced Superman to the world in 1938. Needless to say, his story was not as popular as the lead. Zatara was essentially a ripoff of the popular comic strip hero Mandrake the Magician. The pair were both crime fighters who wore the traditional magician gear of suit and top-hat and used their powers to stop criminals. Not a heck of a lot of difference.

In Zatara’s case, his access to magical spells involved incantations activated by speaking backwards. He would just speak an outcome, like, “You will drop your guns” as “Ouy lliw pord ruoy snug” and it would magically happen. There seemed to be no limit on this power. Despite these cool magical abilities, Zatara’s adventures lasted only a few years. By the end of the Golden Age, he seemed finished for good. Until 20 years later, when Gardner Fox had the notion of giving him a magical daughter to pick up the wand.

Zatara’s grown-up daughter Zatanna first appeared in what would be DC Comics’ first line-wide crossover event, “Zatanna’s Search.” This took place during an era when comic book stories did not continue on from one title to another. Zatanna sought Hawkman’s help looking for her missing father; she had magical abilities identical to his, speaking all her spells and incantations backwards. Zatanna also wore a version of his magician’s costume, but with fishnets and heels instead of pants. Her quest to find her missing dad continued through the pages of Batman, Green Lantern, and The Flash, culminating in a Justice League of America finale. 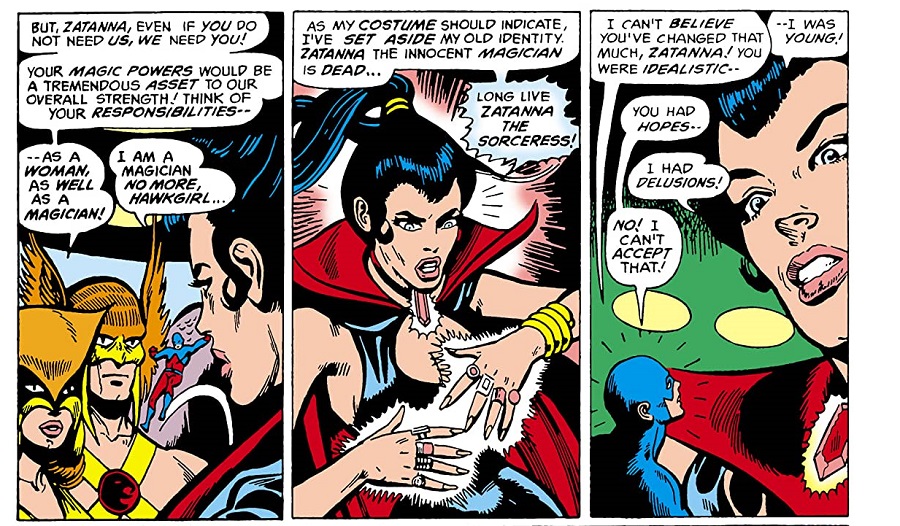 After her grand introduction, Zatanna appeared sporadically throughout the DC Universe. She even got her own back-up stories in comics like Supergirl. But in 1978, she finally graduated to the big leagues. Literally. She officially joined the JLA in 1978’s Justice League of America #161. She ditched the fishnets and top hat for a more classically superhero costume, complete with red cape. Continuing on as a JLA member in good standing for eight more years, she even got a groovy new costume from legendary artist George Perez. 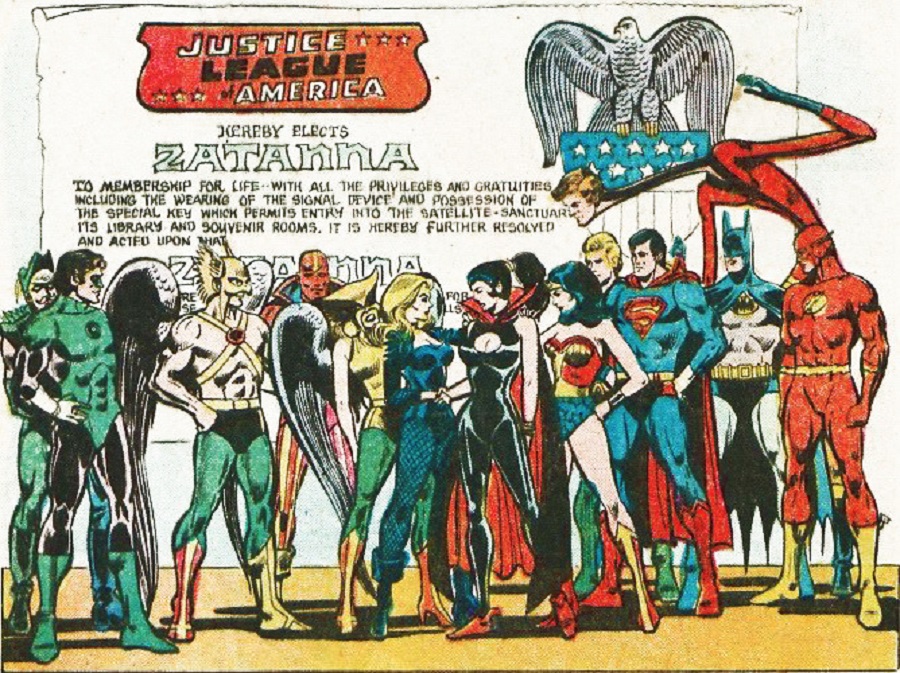 Like dear old dad, Zatanna posed as a popular stage magician to the world at large. Despite her expertise in the art of illusions, she often used her own magical powers during her live performances, unbeknownst to her audience. The ancestry of Zatanna’s father was a magical offshoot of humanity called homo magi. Her long lost mother Sindella was a full-blooded homo magi, and Zatanna inherited her full breadth of mystical abilities.

DC’s Master of the Mystic Arts 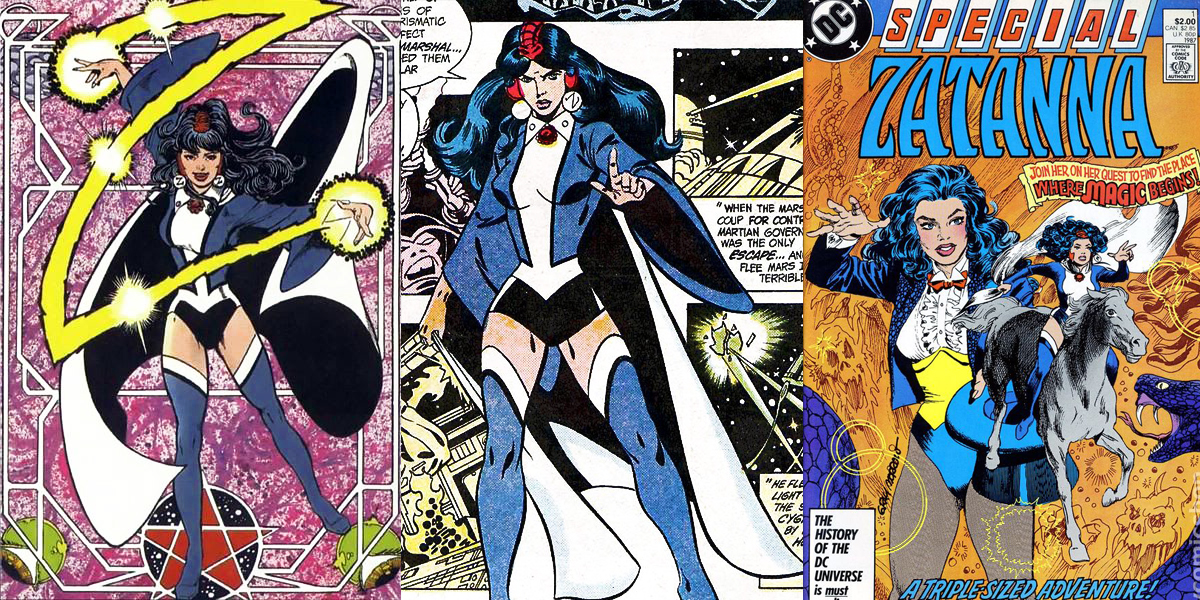 After her time as a Leaguer, Zatanna became more entrenched in the mystical side of the DCU. This meant appearances in comics with a supernatural bent, like Swamp Thing, Hellblazer, and Neil Gaiman’s The Books of Magic. Although she didn’t get a spotlight again for some time, her occasional appearances kept her relevant to the DCU. In the 2004 event series Identity Crisis, Zatanna used her magic to mind-wipe the memories of several villains. When Batman found out about this and strongly disapproved, she mind-wiped him of this knowledge too. When he discovered what she did, this caused a rift between the two old friends, which took a long time to heal. 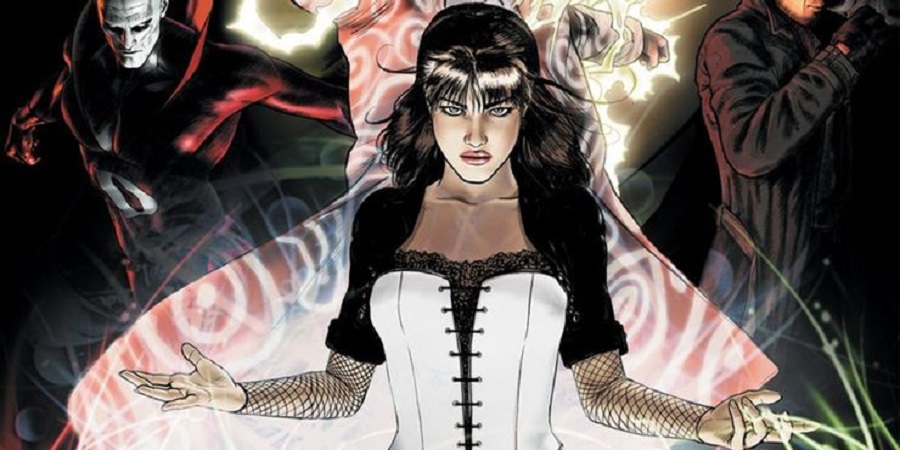 After years of one-shots and mini-series, writer Paul Dini (who had a long affinity for Zatanna) gave the character her own ongoing comic book. It only lasted for 16 issues, but it proved that Zee (as Zatanna has often been called) could hold her own regular title. She has since become a member of various incarnations of the supernatural team known as the Justice League Dark, where one can still read her adventures. 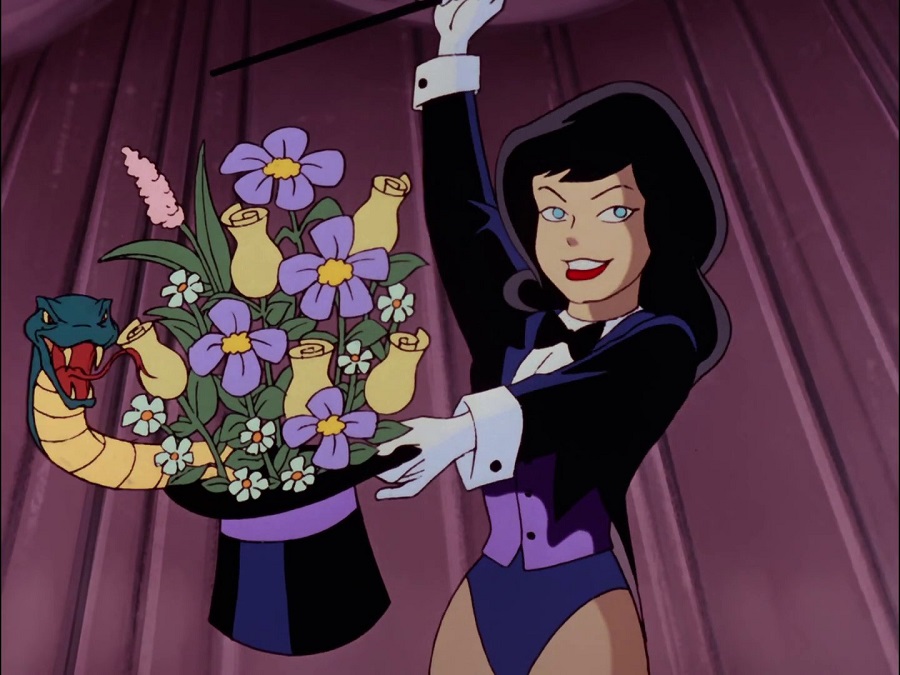 To many fans, Zatanna is most fondly remembered for her incarnations in other media. Her first big appearance outside comics was in a 1992 episode of Batman: The Animated Series. In the episode, appropriately titled “Zatanna,” we learned that Zee’s father Zatara trained young Bruce Wayne in the art of illusion and escape artistry. When she was younger, the two shared an innocent romance. Years later, she appeared on Justice League Unlimited, which revealed that she actually had powerful magical abilities as well. Young Justice has also used Zatanna somewhat heavily. 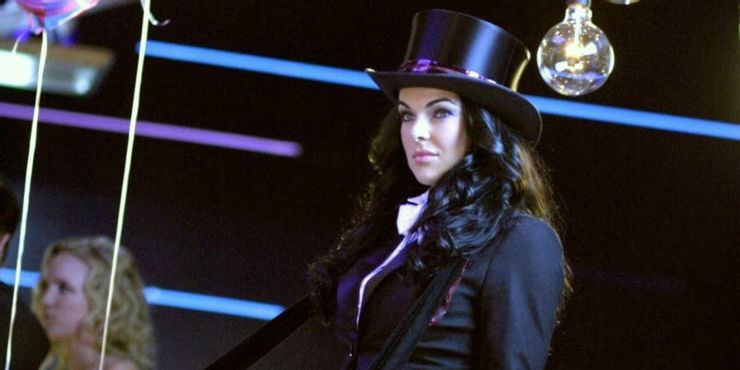 The CW’s Smallville also helped to catapult Zatanna to mainstream fame; she was portrayed in live-action for the first time by actress Serinda Swan. She first showed up in season three, and continued to appear until the series’ final season. Like her comic book counterpart, this Zatanna was a stage magician who actually had legit magical abilities. Inspired by her original comics outfit, Smallville‘s Zatanna always wore her “fishnets and tails” costume from her first comic book appearances.

Hopefully with a movie on the way, the backwards-talking enchantress will become an A-list hero at last. We certainly wouldn’t mind seeing her lead a cinematic Justice League Dark in the future. Gnirb ti no, we say.