Why You Should Read WE HAVE ALWAYS LIVED IN THE CASTLE

What makes a novel timeless? Answers may vary, but almost unanimously, there is the quality of relatability. Characters who stand out in our heads and hearts because of some defining, everlasting principle: their acerbic wit, their vulnerability, their inability to conform to the status quo. In the case of Shirley Jackson’s We Have Always Lived in the Castle, the timelessness comes from her own qualities as a person that she infuses into the text as if her blood’s in the ink. It’s a strange, macabre, erudite tale that feels as socially viable as ever—and not only because it’s set in almost total isolation. 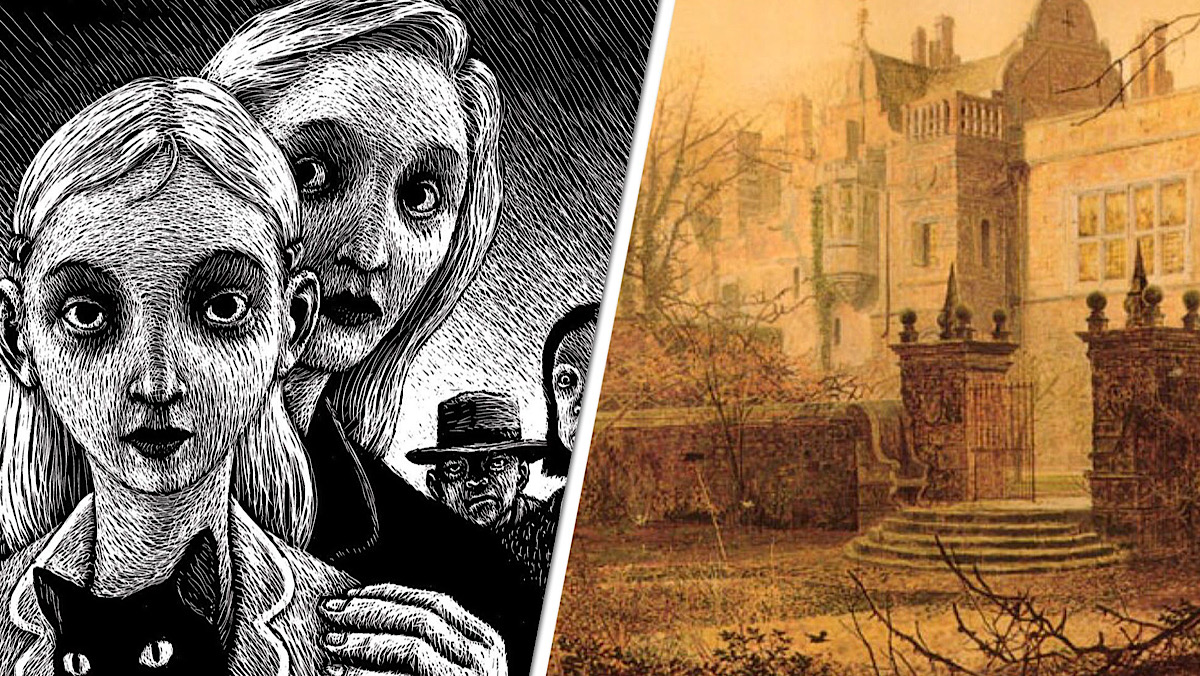 We Have Always Lived in the Castle opens with one of Jackson’s trademark perfect introduction paragraphs. Like the opening of her other classic novel, The Haunting of Hill House, it is a paragraph that both lets us into the psychology of the story, and serves as a statement of purpose for all that will come.

My name is Mary Katherine Blackwood. I am eighteen years old, and I live with my sister Constance. I have often thought that with any luck at all I could have been born a werewolf, because the two middle fingers on both my hands are the same length, but I have had to be content with what I had. I dislike washing myself, and dogs, and noise. I like my sister Constance, and Richard Plantagenet, and Amanita phalloides, the death-cup mushroom. Everyone else in my family is dead.

Just like that, we are firmly in the world of Mary Katherine “Merricat” Blackwood, our unreliable, disillusioned narrator. Merricat lives in a fantasy world with her sister and uncle Julian, in the dusty tomb of her New England family mansion after the deaths of her parents and other relatives. Constance went to prison for their deaths—by arsenic poisoning—and upon her release is a mentally ill shell of her former self, obsessed with cooking and lovely things, and afraid to step out of the home. Julian, the sole survivor of the poisoning who is now confined to a wheelchair, has lapses in memory that cause him to obsess over the exact details of his family’s death. He only ever speaks to Constance, as if Merricat is but a figment of the imagination.

And indeed, she might as well be, as her own displacement from reality feels at times both transient and mythological. She spends her days performing magical rituals with the help of her cat, Jonas, and running errands into the nearby village, where she is regarded as if diseased. The locals mock her, chant insults after her, and say cruel things about her family. At the novel’s beginning, Merricat fears of an intruder to come and disrupt the gothic, fairy tale existence she has carved out for herself. 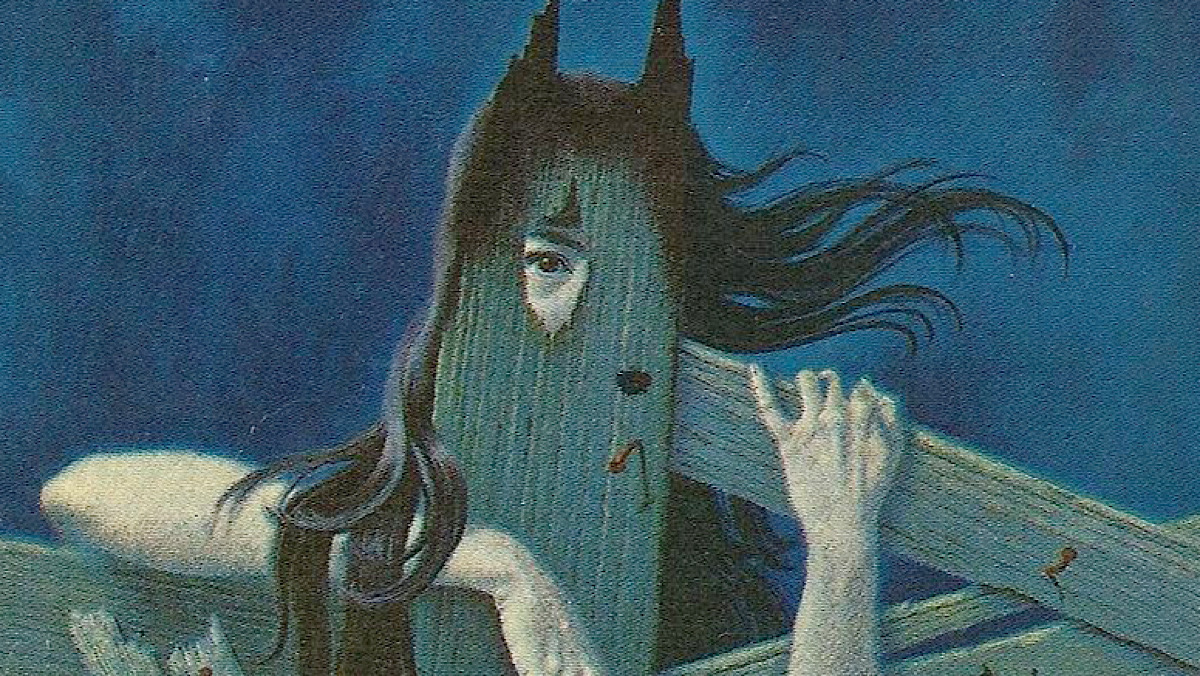 Indeed, her life is soon rattled when her wealthy cousin Charles comes to the home and dares sway Constance’s affection from Merricat. He’s set upon the family’s mysterious, tucked-away fortune, and uses charm only Merricat can see through to worm his way into their lives. What follows is a series of increasingly upsetting events that threaten the Blackwood lineage and further push the family against the brink of society.

Those familiar with Shirley Jackson’s own life, which is examined in NEON’s new film Shirley, will recognize elements of the author’s existence in the pages of We Have Always Lived in the Castle. Jackson moved with her professor husband Stanley Hyman to North Bennington, Vermont in the 1940s, so that he could teach at the local university. Her own peculiar personality—which was not all that peculiar to the modern reader, but which stood out in a repressed small town in the post-Depression era—is mirrored in many of her protagonists.

Like Merricat, she was preoccupied with the occult; she declared herself a witch in some of her early author bios, and her practices were legendary among her friends. Jackson was a lover of cats, and strong alcohol, and staying away from anything too normal. She was a woman ahead of her time; timeless, if you will.

Like many things read and watched during the COVID-19 quarantine, it’s easy to find parallels between the setting and events of We Have Always Lived in the Castle and our current situation. Merricat and Constance are fearful of other people. They are mostly confined to their home and regard visitors with suspicion. Their time is spent baking and nurturing small hobbies. Outside of quick grocery trips to town, they never wander beyond their backyard. 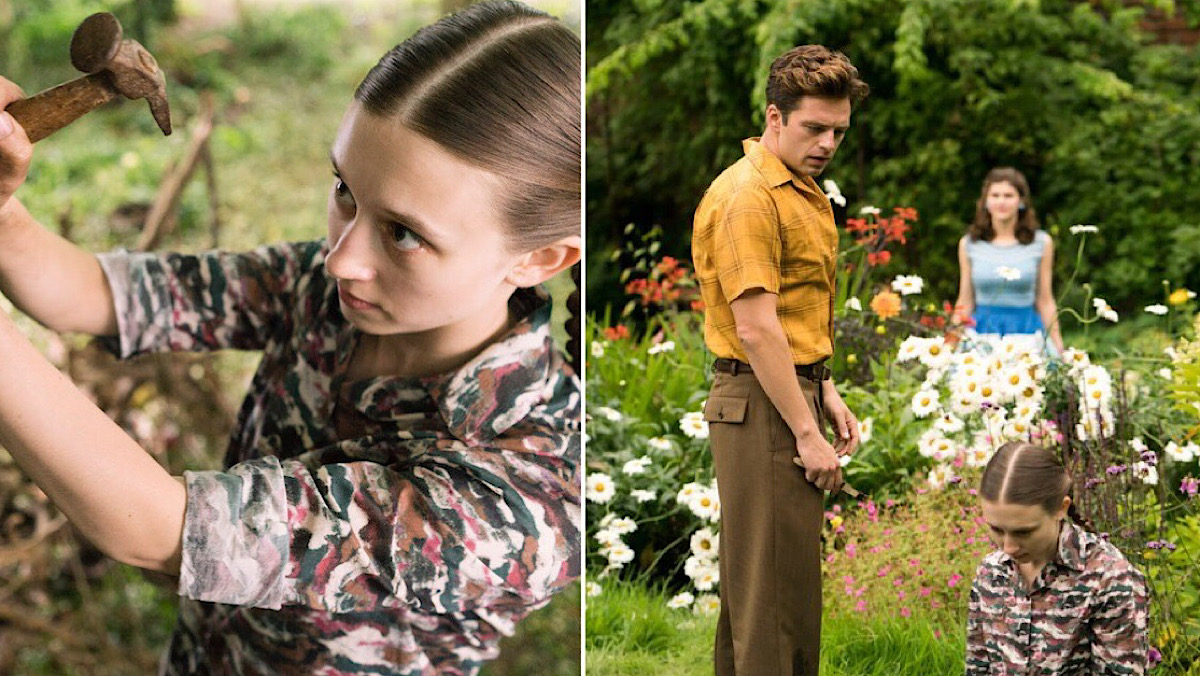 But even without a government mandated quarantine, We Have Always Lived in the Castle is a refreshing read in modern times. Because Merricat is a prototype for the weird girls we’ve come to cherish in cinema; Wednesday Addams and Lydia Deetz owe a thing or two to her macabre obsession with death, the paranormal, and fantasy.

A recent film adaptation of the novel directed by Stacie Passon failed to ignite much in the way of cinematic conversation, which is a shame, as it perfectly captures the vibrant magic of Jackson’s prose. Taissa Farmiga’s Merricat lusts after a constellation of mushrooms. She sits in her bed as a supernaturally sized moon lingers out the window. She buries coins in the verdant gardens of her gothic home. Title cards decorated with sketches of candles, herbs, and other magical totems announce the days so we follow her journey into darkness.

Both the book and the film deserve a second passing in these times. Because they are vibrant with spirit, suspicious of the things that beckon us towards normalcy, and positively alive with a strange, sweet deliciousness always ready for a teeth-sinkening. You’ll always want to live in the castle, too, once you step into its spider-web halls.

TAGGED: Shirley Jackson, We Have Always Lived in the Castle