YESTERDAY Thinks We Forgot the Beatles Were Great (Review)

On paper, Danny Boyle directing a Richard Curtis comedy/fantasy that celebrates the music of the Beatles is the trifecta of things I’d want to see. Boyle is an incredibly accomplished and varied filmmaker; the last time he made a fantastical romantic film with musical elements, it was Slumdog Millionaire, for which he won many Oscars. Curtis has a long string of whip-smart romantic comedies, and About Time added a supremely effective bit of sci-fi. And the Beatles, well, they’re the Beatles. And that’s maybe why Yesterday, while perfectly enjoyable, rang so hollow. It felt like a good idea on paper and that’s it. Good for trailers.

It’s a weird and winning concept for a movie: a struggling musician named Jack (Himesh Patel) gets hit by a bus during an inexplicable global blackout and wakes up to find he’s the only one in the world who knows who the Beatles are. It’s not just that nobody remembers; in this new reality, the Beatles never happened. Their songs were never written, let alone heard by the world. So he quickly—too quickly, really—decides the key to his dream of stardom is to write down and perform these songs, passing them off as his own. Jack quickly—again, maybe too quickly—draws the attention of Ed Sheeran and becomes the hottest name in music. 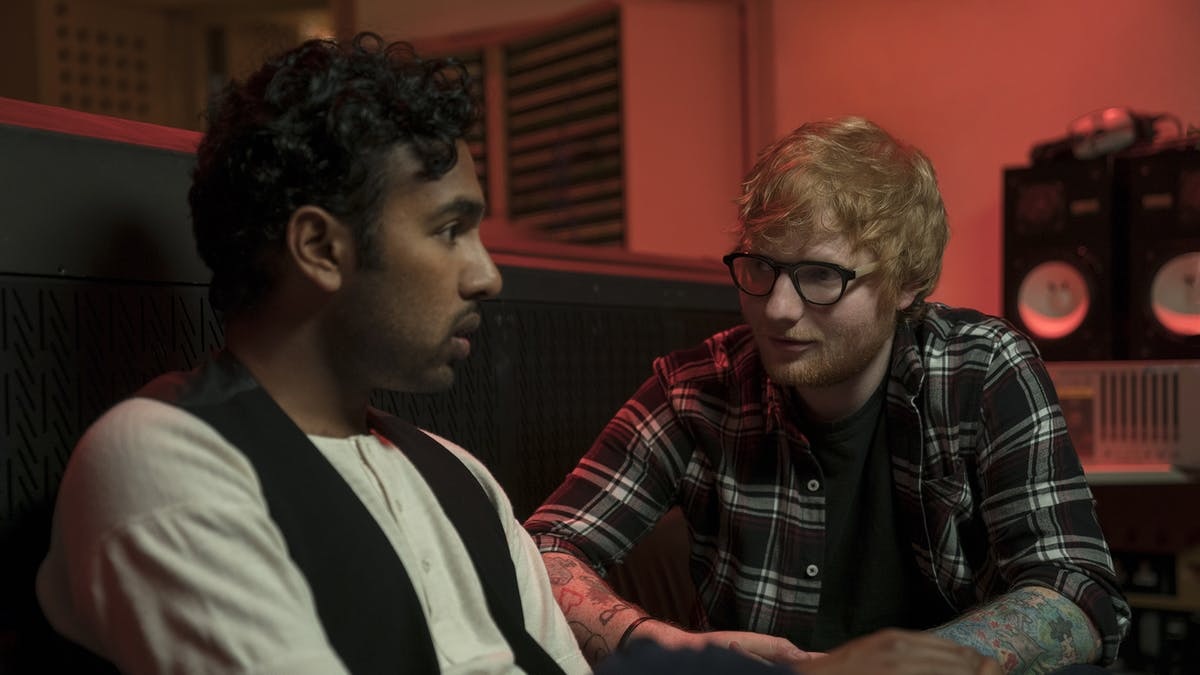 But of course, Jack didn’t write the songs. He’s a fraud. The point of the movie seems to be that it’s the Beatles’ songs that are universal, that seemingly anyone can perform them and they’d be hits. Even now, 50 years later in some cases. We all know this. There’s not really a need for a movie where not-the-Beatles play songs we’ve heard a million times so we can have characters weep or cheer. One of the film’s standout funny scenes has Jack attempting time and again to perform “Let It Be” for his parents amid constant interruptions. Without the context of “these are the greatest songs ever written, definitively,” people tend not to care.

But this isn’t just a weird satire about the fraudulent nature of the music industry. It’s also a romantic comedy! And thankfully that part of the equation works a lot better. When we meet Jack, his manager/bff is Ellie (Lily James), a schoolteacher who convinced Jack to leave his own teaching job to pursue music. James and Patel spark off each other really nicely and the unspoken love between the characters—which you just know this surreal situation will bring to the surface—is pretty palpable. Jack’s parents (Meera Syal and Sanjeev Bhaskar) provide some of my biggest laugh moments, and no Curtis-penned movie would be complete without a weird friend for our hero, in this case the lovable roadie/deadbeat Rocky (Joel Fry). 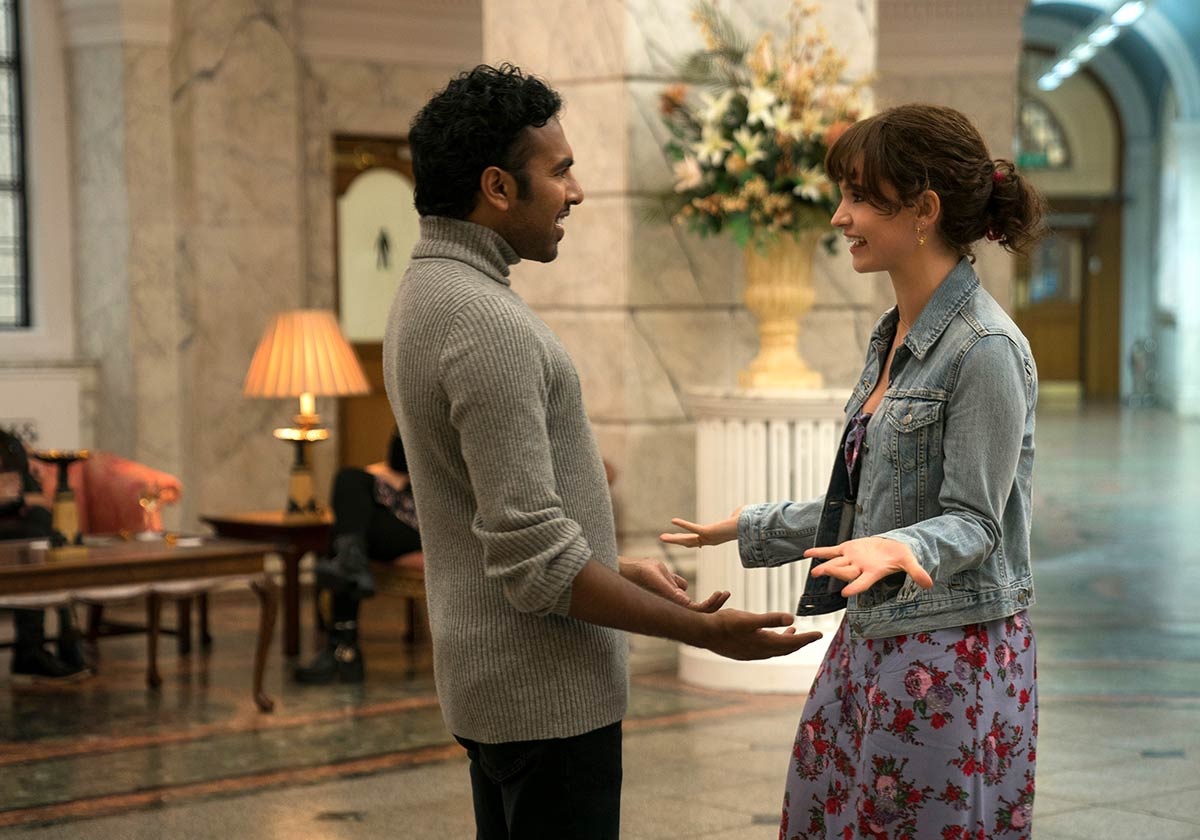 Yesterday, for all its effort, just never really strikes the right chord, music pun intended. It goes through all the motions of a funny English rom-com and a high-concept farce and a celebration of a band’s work, but it just never feels like it’s about anything. Which seems extra strange because the story is literally about someone putting on all the trappings of a genius rockstar without actually earning any of it. Kate McKinnon plays the music industry agent who literally only cares about money, no matter who gets it for her or why. Is the movie that meta? Is it so about the emptiness of music-that-isn’t-the-Beatles that it feels empty itself?

A big hubbub in the movie is made of Jack’s apparent ability to write all of these amazing songs by himself, with no other collaborators. Fifteen people tend to write songs nowadays. And the Beatles obviously didn’t write their music alone. Lennon/McCartney wrote a ton, and George and Ringo each wrote their fair share (all between the ages of 17 and 30), but they worked on them all together, and George Martin and a ton of other people were imperative to their success. Is that the point of Yesterday? 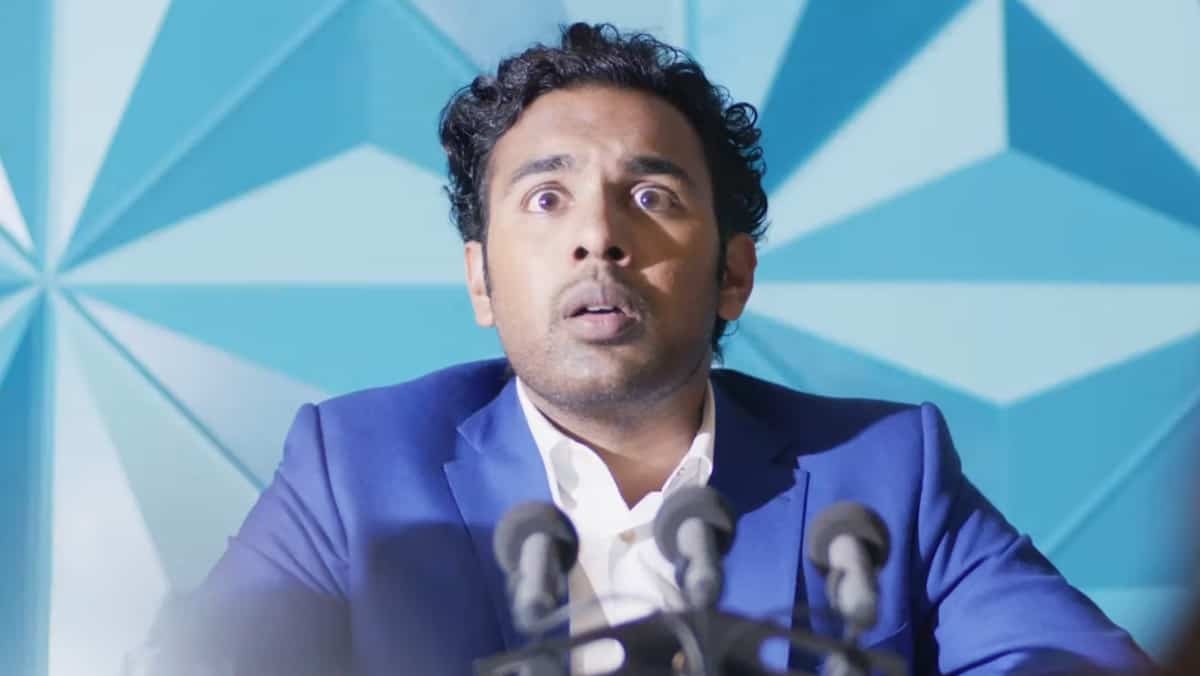 In summation: What’s the point of Yesterday? It seems like an idea that’s executed fine and features cute moments and laugh lines and will make you want to go listen to all the albums again. And then once you listen to Revolver from back to front you might go “Oh yeah, I just saw that Yesterday movie.”