Why Yamcha is Actually the Scariest Opponent in DRAGON BALL - Nerdist

Why Yamcha is Actually the Scariest Opponent in DRAGON BALL

There are many heroes in the Dragon Ball universe that will blow your mind with how powerful they are, like any of the Namekians, the Saiyans, and whatever jerky race Frieza is. Â All of them are prime examples of why the series is popular. They keep getting stronger and pushing to crazier heights with cool new moves and staunch staying power. But none of them compare to the absurdity and sheer dangerousness of Yamcha.Thatâ€™s right, Yamcha.After much research and a lifelong love of the desert bandit, Iâ€™ve come to the conclusion that the one character you should be in awe of is Yamcha. Hereâ€™s why:

He Beat Goku.At the beginning of Dragon Ball itâ€™s made very clear to the viewers/readers that Goku is no ordinary boy. Heâ€™s crazy strong and can surprisingly take on anyone, or any dinosaur for that matter. But when he meets Yamcha for the first time, he gets utterly destroyed. Yamcha knocks him through 3 stone pillars with ease and itâ€™s not until later on in the series after much training that Goku finally surpasses him and basically everyone else forever. But at the beginning of the series, Yamcha was Gokuâ€™s first true rival and honestly first real male friend. The list of people who have beaten Goku is very short, but Yamcha, despite any of his losses, will always have that one win that most will only dream of. Sorry Frieza. https://www.youtube.com/watch?v=ycm-q6IKJ50Â Yamcha Mastered The Kamehameha On His Own Â Throughout the series, Yamcha is notorious for his intense training while secluded in the wilderness. It gives him focus and allows him to go all out in a way that he canâ€™t do with others around. Before the 22nd tournament, Master Roshi shows the impressive Kamehameha attack to Goku, Krillin, and Yamcha while claiming it took him 50 years to create it. Goku comedically replicates it instantly in another showcase of just how different he is from most people and leaves the others slack-jawed. Roshi agrees to take Yamcha on as a pupil and trains him a bit, but like always Yamcha spends his pre-tournament training alone. Then, during the very next tournament 3 years later, Yamcha out of nowhere pulls out his own Kamehameha that almost takes the life of his opponent Tien. Of course, soon after, everyone is doing it, but the fact that he, a mere human, mastered this technique in only a 3 year gap of training by himself is super impressive. Â 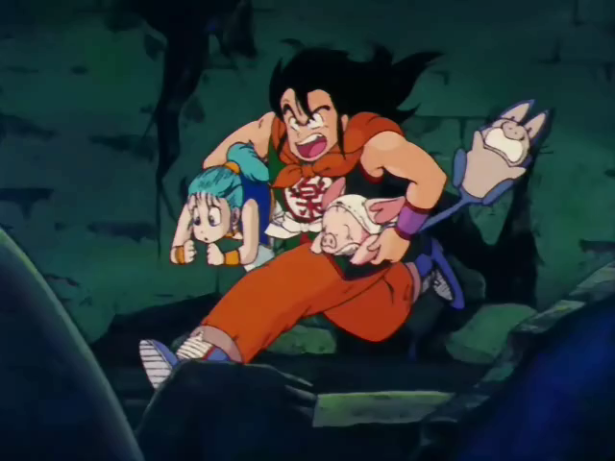 Yamcha Figured Out The Saiyan Weakness Before Anyone ElseIt hasnâ€™t been around a lot since Dragon Ball Z ended the Vegeta arc, but at one point the scariest and most powerful thing in the Dragon Ball universe was a transformed Saiyan into aÂ Great Ape form. Saiyans would grow to massive King Kong sizes and destroy everything around them with their size and crazy mouth beams. It was a rage-induced transformation that only certain, well-trained Saiyans could control, and Goku at the beginning of the series was far from well-trained. However, Saiyans have one weakness during this transformation and itâ€™s their tails, which are also necessary to transform in the first place. During Dragon Ball, when Goku transforms, itâ€™s Yamcha who deduces that the tail is the weakness and saves himself and Bulma from an accidental death. It takes some real guts to keep level-headed enough to find a weakness during something like that. Itâ€™s also this knowledge that saves everyone later on in Dragon Ball Z when Vegeta attacks. Â

Yamcha Has Precise Spirit Control That Nobody Else HasThroughout the series, characters continue to grow and develop signature attacks quite often. Yamchaâ€™s signature move was always the Wolf Fang Fist, but later on in the series he develops a technique known as the Spirit Ball. With this attack, Yamcha can create a concentrated ball of energy on par with an energy wave that he can then send out and manipulate its movements seemingly indefinitely. He can move the energy in any direction he wants and it can plow through solid objects with ease. There are other characters that you see bending or slightly curving an energy wave, but Yamchaâ€™s spirit control is so unlike anyone elseâ€™s in the series that even King Kai was impressed. What makes this truly terrifying is if you add to that some of the other techniques that he could probably master. Imagine a Destructo Disc that you would never have to worry about missing. He can even put this into solid objects as seen with his baseball manipulation. Imagine that with a blade!

Â Yamchaâ€™s Power Level Growth Is Extremely High In A Short Amount of TimeAccording to official Shonen Jump released data in Daizenshu guides just after Dragon Ball Z ended publication, Yamchaâ€™s power level growth is one of the most amazing feats in the series. Not only because heâ€™s a human, but because out of all the characters in Dragon Ball he has seemingly the fastest growth in the shortest amount of time.At the start of Dragon Ball, Bulma uses the scouter to check his power level and itâ€™s a mere 177. From just training at Kamiâ€™s Lookout for a year it grows to a whopping 1480. Not long after that he faces off with Recoome on King Kaiâ€™s planet, who beat Vegeta and whose power level is around 40,000, and Yamcha wins! 3 years pass and he trains on his own before dying again during the Android saga.Then, during the Kid Buu saga, Krillin and Yamcha are strong enough to stay on their feet after an attack from Kid Buu, whose power level is 1,150,000,000! Not only that, they last longer against him than any of the other fighters.In the afterlife, Yamcha fights the strongest of King Kaiâ€™s fighters (next to Goku) named Olibu. Olibu is evenly matched with Pikkon in the Otherworld Tournament and Pikkon defeated Frieza, King Cold, and Perfect Cell at the same time. Yamcha defeats Olibu and a winged gorilla fighter TOGETHER like they were nothing.https://www.youtube.com/watch?v=MmNrXYfIEGEIt may sound crazy since Yamcha is often used as comic relief, but the facts donâ€™t lie. Yamcha is a force to be reckoned with. Do you beg to differ? Tell us why in comments.

Alex Tisdale is a writer and illustrator who runs on coffee and pop culture. You can find him covered in ink and rambling on hisÂ websiteÂ or onÂ Twitter.

The 10 Best Super Powers In MY HERO ACADEMIA