Y: THE LAST MAN Is Finally Coming to FX, See a First Look

Looks like Brian K. Vaughan and Pia Guerra’s seminal  post apocalyptic comic Y: The Last Man is finally making its way to the small screen. FX announced on Tuesday that they have picked up the pilot they greenlit earlier this year for a full season order from showrunners Michael Green and Aïda Mashaka Croal. This will be great news for fans who have been waiting for an adaptation of the comic for over 15 years. The network also shared the first image from the currently in production show, which shows Barry Keoghan’s Yorrick in a gas mask and poncho, carrying his trusty pet monkey Ampersand. 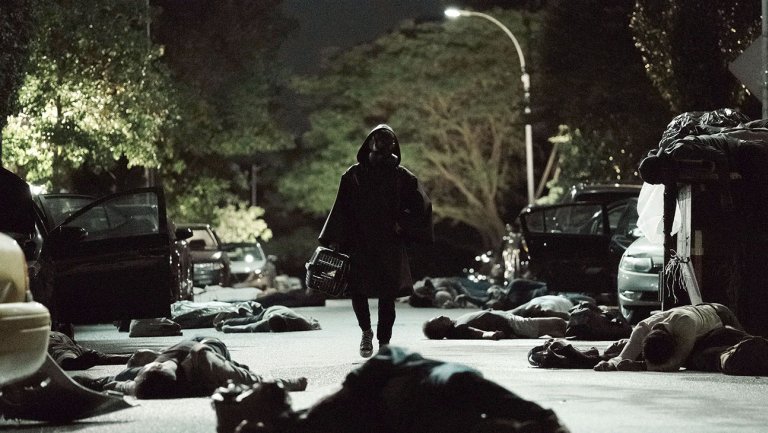 The comic centers around Yorick Brown, the last surviving person on Earth with a Y chromosome. Y: The Last Man is a hefty series, widely regard as one of the best comics of all time. The first image seems to hint at a darker tone than Guerra’s original art portrayed, but it does make sense as the story feels like one of the few contemporary comics that could recreate the success and longevity of The Walking Dead. It’ll be interesting to see how the story is updated for television as the 2002 comic has a pretty binary view of gender, something that’s shifted massively in the 17 years since it was published.

It looks like Michael Green is attempting to explore more relevant themes and use Yorick’s journey to deal with toxic masculinity and the patriarchy as Brian K. Vaughan revealed in an interview with The Hollywood Reporter in 2017. “When he first pitched his take on it to Nina Jacobson, our producer, and me a long time ago, he came in saying he wanted to do something about toxic masculinity. It felt very relevant, and unfortunately I think it’s only become more relevant with each passing day.”