Brian K. Vaughan and Pia Guerra’s beloved Vertigo comic book series, Y: The Last Man, languished in development for over a decade as a feature film. But now, it’s looking like the comic will finally get a live-action adaptation. FX ordered a Y: The Last Man pilot episode in April, and now the full cast has been revealed. Via Variety, Dunkirk co-star Barry Keoghan has been signed to portray Yorick Brown, an amateur escape artist and the only human male who survived a catastrophic plague that nearly wiped out his gender. Yorick and his Capuchin monkey, Ampersand, may be the only two male mammals left alive. Imogen Poots will play Hero Brown, Yorick’s sister and an EMT who has her own burdens to bear in the new world.  Man of Steel‘s Diane Lane will co-star as Senator Jennifer Brown, Yorick and Hero’s mother. 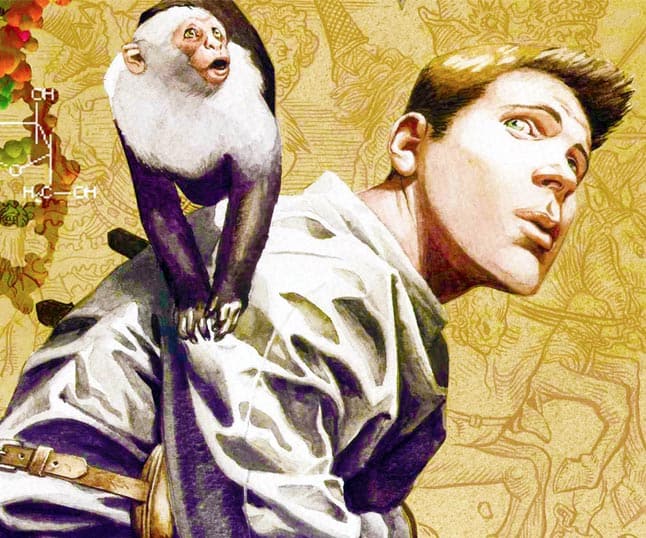 Captain Marvel co-star Lashana Lynch has nabbed the fan favorite role of Agent 355, a Secret Service operative who becomes Yorick’s protector and one of the most memorable characters in the comic. Juliana Canfield will portray Yorick’s girlfriend, Beth, while Marin Ireland will play Nora, “the president’s senior assistant and right hand.”

The original comic ran for 60 issues, so if FX orders Y: The Last Man to series, they have lots of source material. Vaughan is executive producing the adaptation and he helped develop it as a series. Michael Green (American Gods) and Aïda Mashaka Croal (Luke Cage) are the co-showrunners.

What do you think about the cast of Y: The Last Man? Let us know in the comment section below!