The World Now Has a Fifth Ocean - Nerdist

The World Now Has a Fifth Ocean

I remember when Pluto got demoted from being a regular planet to a dwarf planet. Everyone got real upset. Why? I have no idea. The change in designation didn’t alter anyone’s life in any way. (Except that some old textbooks suddenly needed updates.) That’s some much needed perspective I’m trying to keep right now. Because for reasons I don’t understand, I’m strangely unsettled by National Geographic‘s announcement that it now recognizes a fifth ocean here on Earth.

Time to get a new world map? 🗺️

National Geographic has made the decision to formally recognize the Southern Ocean around Antarctica. (We first heard this news at TODAY.) They say geographers have debated if the waters around the continent “had enough unique characteristics” to warrant their own designation. Or if they were “simply cold, southern extensions of the Pacific, Atlantic, and Indian Oceans” nearby. Some scientists have already considered those waters its own ocean.

Ultimately, after “considering the change for years, National Geographic decided the waters that encircle Antarctica deserve their own formal designation. While the other four oceans “are defined by the continents that fence them in,” the Southern Ocean is defined by its currents. “Established roughly 34 million years ago,” the Antarctic Circumpolar Current (ACC) allow “for the unimpeded flow of water around the bottom of the Earth.” 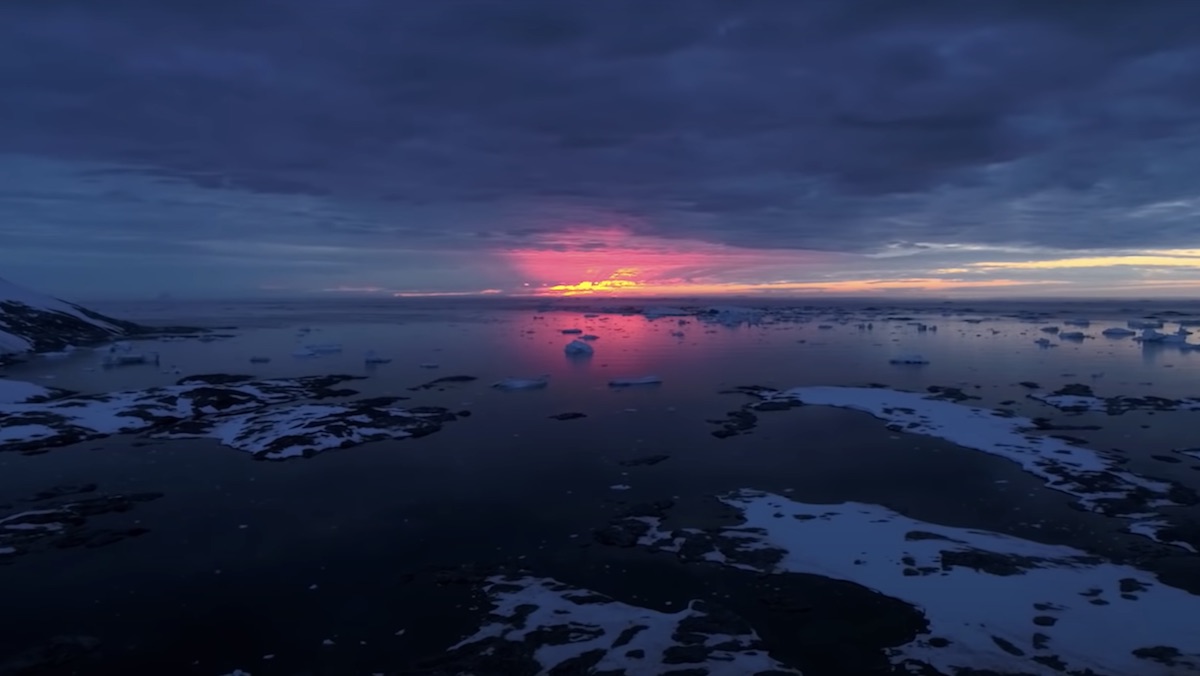 The Southern Ocean extends 60 degrees south latitude, minus the Drake Passage and Scotia Sea. Those waters are also “colder and slightly less salty” than its northern ocean brethren. But all visitors can appreciate what makes the area special.

“Anyone who has been there will struggle to explain what’s so mesmerizing about it, but they’ll all agree that the glaciers are bluer, the air colder, the mountains more intimidating, and the landscapes more captivating than anywhere else you can go,” said Seth Sykora-Bodie, a marine scientist at the National Oceanic and Atmospheric Administration (NOAA) and a National Geographic Explorer, in National Geographic’s announcement.

My whole life, I “knew” the world had four major oceans. Turns out that wasn’t true, despite what all the maps say. But since I am not a map-maker, I really shouldn’t care anymore than I do about Pluto’s status. But I do. Just not in the way I did originally. A fifth ocean is another part of our wonderful world to explore. And another reminder why we need to protect it from man-made pollution. Because if sea temperatures keep rising, we might not have a fifth ocean full of beautiful cold water for long.