When you hear the unmistakable, chipper vocal stylings of one David Attenborough, you know natural wonders lie ahead. But scientists have apparently proven that the majesty of planet Earth existed long before David Attenborough. The evidence: a new documentary series that explores the beauties of our planet without even a hint of Attenborough narration. In fact, there’s no narration whatsoever. It’s just visuals from around the world set to ambient music. In other words, the ultimate experiment in vibin’. And it’s coming to Disney+ under the apt title Earth Moods.

The below trailer offers a quick peek at (and listen to) National Geographic’s Earth Moods, which will premiere on Disney+ in April.

The series will span five episodes, each showcasing images (all captured via drone) from a distinct terrestrial locale. The episode titles are “Frozen Calm,” “Night Lights,” “Tropical Serenity,” “Desert Solitude” and “Peaceful Patterns.” In the trailer alone, we see shots of stretches of arid desert; patches of ice-laden tundra; flowing forest rivers; sea creatures cavorting beneath the ocean surface; and even busy city streets and highways. 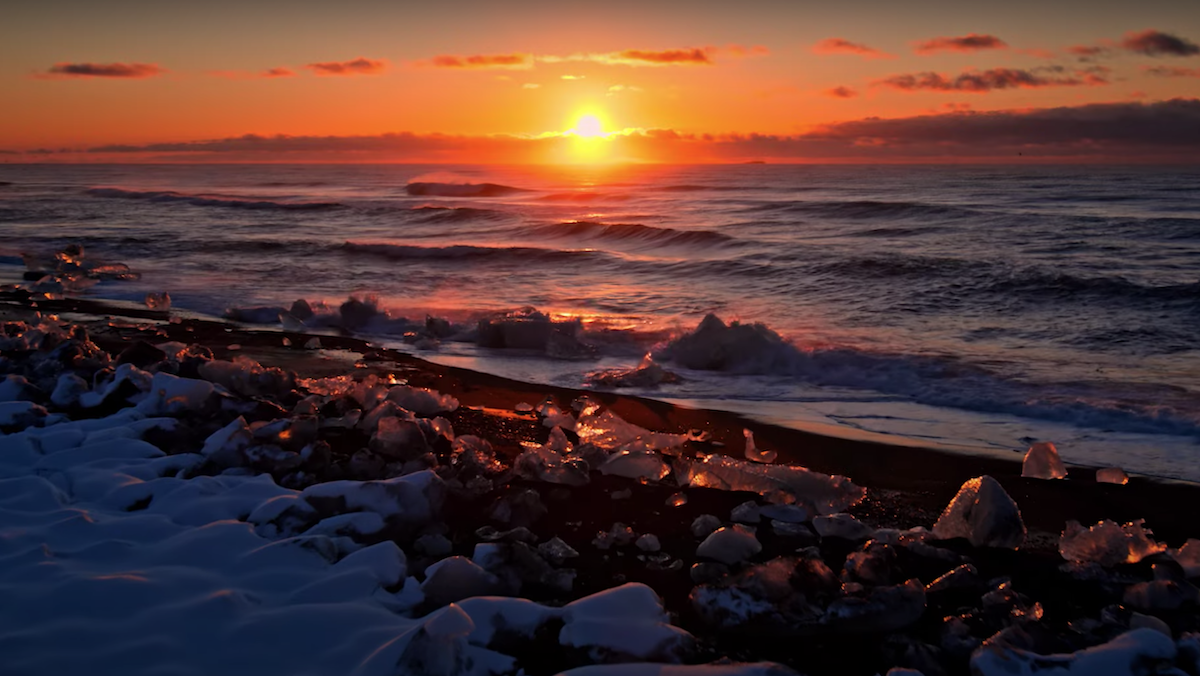 All of the above will delivery in company with music composed by Neil Davidge; he has scored films like Clash of the Titans and video games like Halo 4. (Granted, neither of those titles is exactly what you’ call “soothing.” But it seems like Davidge will go a chiller route for Earth Moods.)

Some might call David Attenborough narration one of the best parts of any nature documentary series. And if you’re looking for someone to school you in the day-to-day of the wild world, you really can’t do better. But sometimes you just want to kick back, pop on some tunes, and take a stress-free look at flowing water or dazzling city lights. If that’s what you’re after, Earth Moods could be the solution.