The next animated feature film from the DC Universe will focus on our favorite Themysciran princess, Wonder Woman. Wonder Woman: Bloodlines is Diana’s second major animated film since Wonder Woman came out ten years ago. Rosario Dawson returns as the titular superhero since making her Diana debut in Justice League: Throne of Atlantis. Sam Liu and Justin Copeland, who both worked on The Killing Joke and upcoming Batman: Hush are co-directing. The recent trailer drop is making us super excited to see Diana’s adventures in this solo film.

Based on the trailer, we can expect a darker, more intense Wonder Woman compared to the 2009 animated film. We get a glimpse at Diana’s origin, complete with her moving to America to protect man’s world. Everything seems to be going great until a group of villains, known as Villainy Inc., threaten to take over Themyscira. We’re really excited to see Diana fight against classic foes, like Giganta and Cheetah, while tracking the organization. We’re even more excited to see how Diana will balance the struggle and sacrifices of her two worlds.

We can also expect to get to know the Amazon warriors better, too. Considering a war is being waged on their home, we can also expect some amazing battles—and politics—to occur on Themyscira. We also got a glimpse of Steve Trevor and Etta Candy suiting up to help keep Themyscira safe. Also, we’re really digging this more tactical suit for Diana, complete with elbow and knee pads! Considering all the butt she’s kicking, she’s gonna need to keep her joints safe. We’re also interested to see, based on the synopsis, how Diana will keep a troubled girl away from villainy. One thing’s for sure: Diana’s heart of gold will shine in this film. 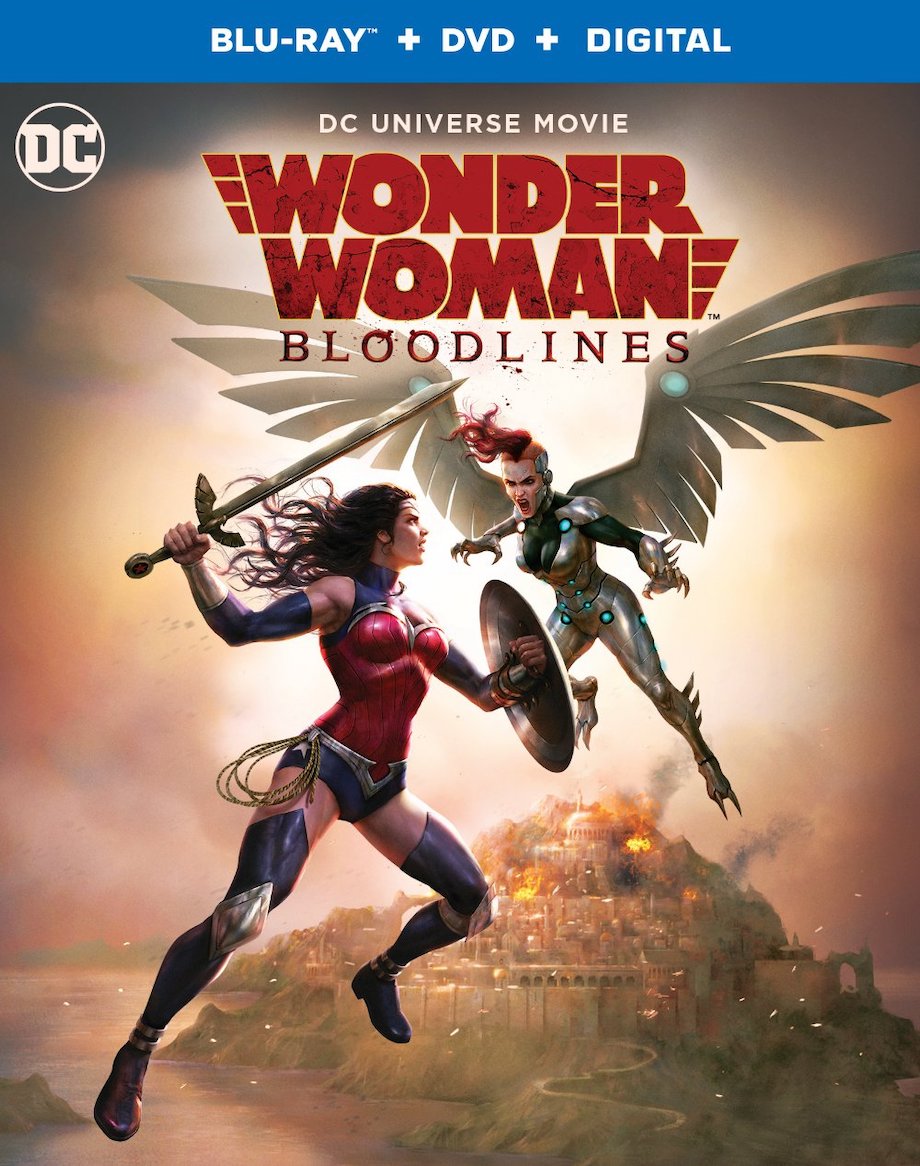 Warner Bros. Animation and DC will release the film digitally on October 5 and Blu-Ray/4K on October 22. Check out the official synopsis for Wonder Woman: Bloodlines below:

In “Wonder Woman: Bloodlines,” Amazon princess Diana of Themyscira chooses to save fighter pilot Steve Trevor and return him to his home in America – setting in motion one of Wonder Woman’s most captivating chapters. Fulfilling the role of both ambassador as well as protector, Diana soon earns the name Wonder Woman from the gracious people of Earth. Equally strong in body, heart and will, she makes it her mission to help a troubled young girl enlisted by a deadly organization known as Villainy, Inc., whose criminal members have their sights set on invading Themyscira, Diana’s paradise home. Prepare for a thrilling quest packed with brutal battles, mysterious mythology and endless wonder!