Dorothy’s WIZARD OF OZ Dress Found After Decades of Searching

There are many iconic film and TV items that are just as popular as their source material.  There’s Wilson, the wily-looking volleyball from Cast Away, the leg lamp from A Christmas Story, and Marty McFly’s hoverboard from Back to the Future Part II, among many other recent-ish items. Sometimes the originals go into a preservation vault or on display as an ode to their cultural significance. But, there are many situations where things are simply lost, broken, or missing. This was the case with perhaps one of the most recognizable items of all time: Dorothy Gale’s blue and white gingham dress from The Wizard of Oz. The dress was MIA, a major mystery that one university couldn’t solve… until now. Judy Garland’s outfit is no longer missing and its hiding spot isn’t what you’d expect.

This news, which we heard from Smithsonian Magazine, is a pretty cool update to a mystery that most of us didn’t know about. We see The Wizard of Oz through our modern eyes as a classic and presume that items like Dorothy’s dress and shoes and perhaps Glinda’s ballgown are in preservation. But, back then, the costume people couldn’t possibly fathom this film’s future in our pop culture history.

Thankfully, they didn’t toss it or throw it in a box to remain in someone’s attic. The dress eventually became the property of the Catholic University of America (CUA) in Washington, DC, in the 1970s. It’s not clear what went down, but someone fumbled the ball and lost it. Drama department employees, including department lecturer Matt Ripa, spent decades searching and musing about where Dorothy’s dress could be. Surely it wasn’t in Kansas, right?

Learn more about this amazing item that is now properly preserved in @CUAarchives : https://t.co/lgIoPXCcMg pic.twitter.com/B3etVbIdiM

But, just as Dorothy dared to dream dreams that she wanted to come true, so did Ripa. And he finally got what he wanted on June 7. In the midst of cleaning a building for a renovation, Ripa came across a trash bag in a small space. He took a peek inside and, like magic, the Wizard of Oz dress was in it along with a shoebox. Interestingly, the box also had a message from retired drama professor Thomas Donahue saying “I found this.” Seems like a very casual statement and reaction to such a big find. 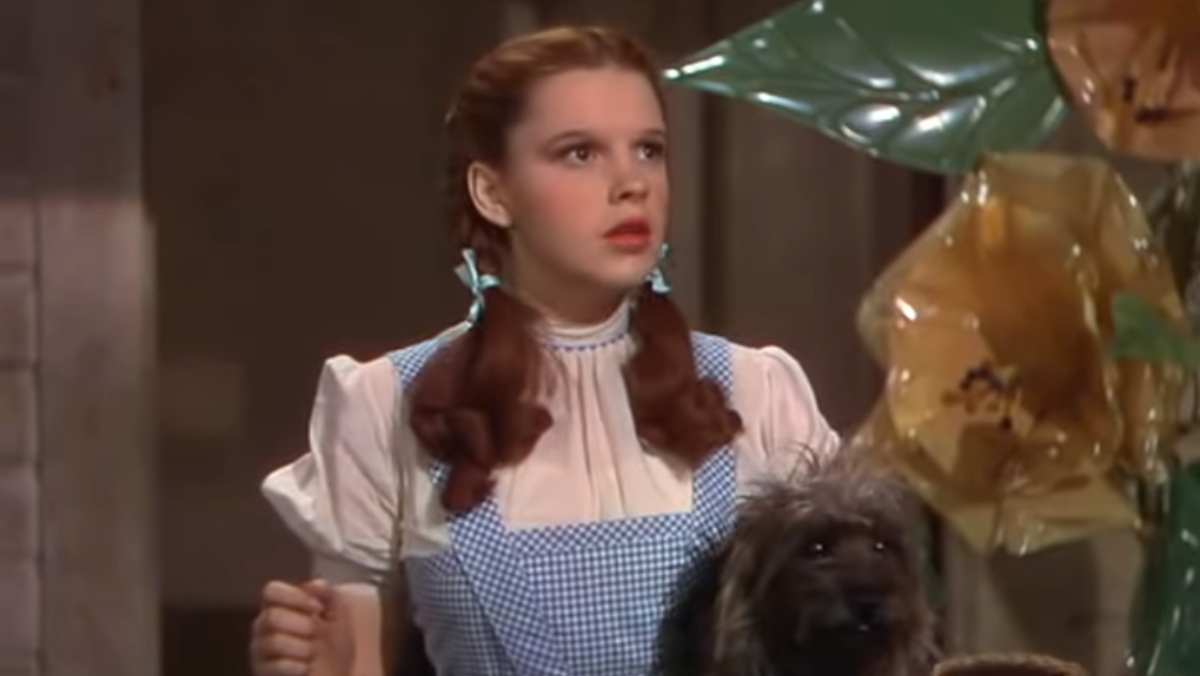 Ripa and a colleague took a few photos of this piece of Wizard of Oz history before getting in contact with the perfect person. Smithsonian’s National Museum of Art History curator and Wizard of Oz memorabilia expert Ryan Lintelman got their call and gave the dress an assessment, confident that it’s the real thing. It is now in preservation in the university’s archives.

The dress is one of six that Garland wore while filming; the other five belong to private collectors. It’s a very exciting revelation after years of wondering if Dorothy’s dress would ever find a home.