I can’t think of the last time a movie so profoundly and perfectly sold itself with a trailer. Robert Eggers’ The Lighthouse is a black and white, period-set tale of two lighthouse workers slowly going insane. It’s all there in that first trailer, and yet it doesn’t give away anything. It’s a manic, mesmerizing examination of the effects of isolation coupled with some brilliantly placed bits of seafaring superstition and paranoia. This is a movie unlike anything I’ve seen in a long while, and unlike anything you’re bound to see for years to come.

Hot off of the success of his debut feature The Witch, Eggers returns with a movie that’s at once similar and completely different. Both have a prevailing sense of dread and foreboding; both use a specific time and place and people to explore themes of deep insecurity. But while The Witch uses the folklore of 1600s New England to terrify and disturb, The Lighthouse uses the inherent strangeness of its setting and characters to both entice and worry. There’s nothing as outright scary in The Lighthouse as there was in The Witch, but the new film works on a much deeper, more psychologically upsetting level.

In the 1890s, a young drifter named Ephraim Winslow (Robert Pattinson) arrives on an island whose sole purpose is to house a lighthouse and its keepers. He joins Thomas Wake (Willem Dafoe), a grizzled former Naval officer with a bad leg. He can’t sail anymore and simply tends the lighthouse. While Winslow puts in his four weeks of intense manual labor keeping the lighthouse in tip-top shape, Wake sleeps all day and “tends to the light” at night, locking himself in with the massive beacon until sun-up. Wake forces Winslow to abide by maritime superstition, such as never mistreating seabirds, and never allows the young man anywhere near the light itself. Wake’s previous aid apparently went insane and drowned, believing mermaids surrounded the island and a magical power emanated from the light. Who knows if he was right?

Like The Witch, Eggers weaves in the supernatural with the very mundane to tell the story of flawed and paranoid people. Winslow and Wake have little regard for each other aside from their shared dinner time between shifts. Even so, Winslow thinks Wake is a blowhard with a strange attachment to the light; Wake feels like Winslow is shirking his duties and covets that which is his. Add to that, the isolation of their duties, the roar of both the sea and the light mechanisms, and the constant gloom of that part of the world and it’s prime for madness. 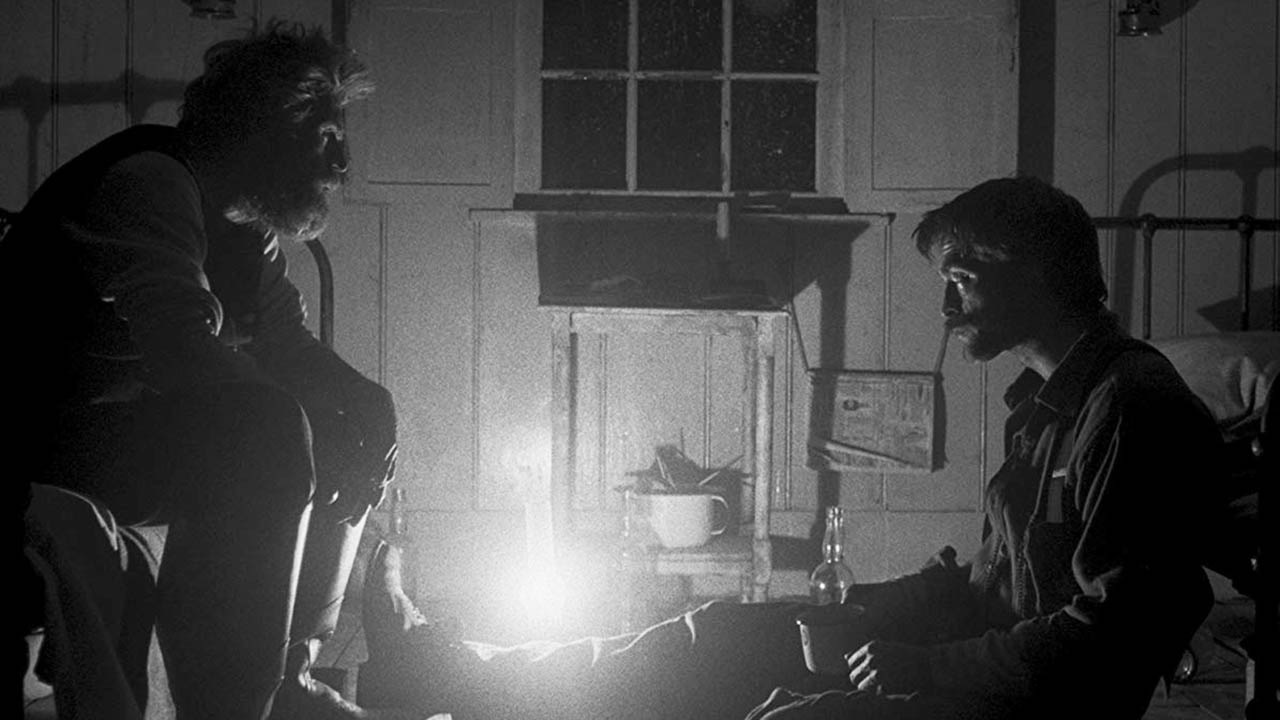 Part of what makes The Lighthouse such a triumph is the presentation. Eggers got many of his major collaborators from The Witch back for this one, including cinematographer Jarin Blaschke, editor Louise Ford, costume designer Linda Muir, and composer Mark Korven. The black and white photography is grainy and rich and Eggers and Blaschke ramp up the claustrophobia and isolation by using the supremely narrow 1.19 x 1 aspect ration, a forgotten, nearly square frame used in early silent films from the late 1800s. Korven’s score is big and menacing, like it’s coming from the sea itself or bellowing from the bowels of the lighthouse.

The other half of the success comes from the bravura performances of Dafoe and Pattinson. The Witch‘s characters spoke in the thickly accented style of the time, and it’s the same here. But each actor has a different dialect; Dafoe’s is the Atlantic accent typical of seafarers, while Pattinson’s is deeply New England. It’s another way the movie puts barriers between its characters; these are not two men cut from the same cloth at all. While they spend the first half of the movie in stilted quiet, broken only with a barked order or a Naval toast, once the men take to drinking heavily, they both get along much more and come apart at the seams. Alcohol might be social lubricant but it also leads to saying too much. 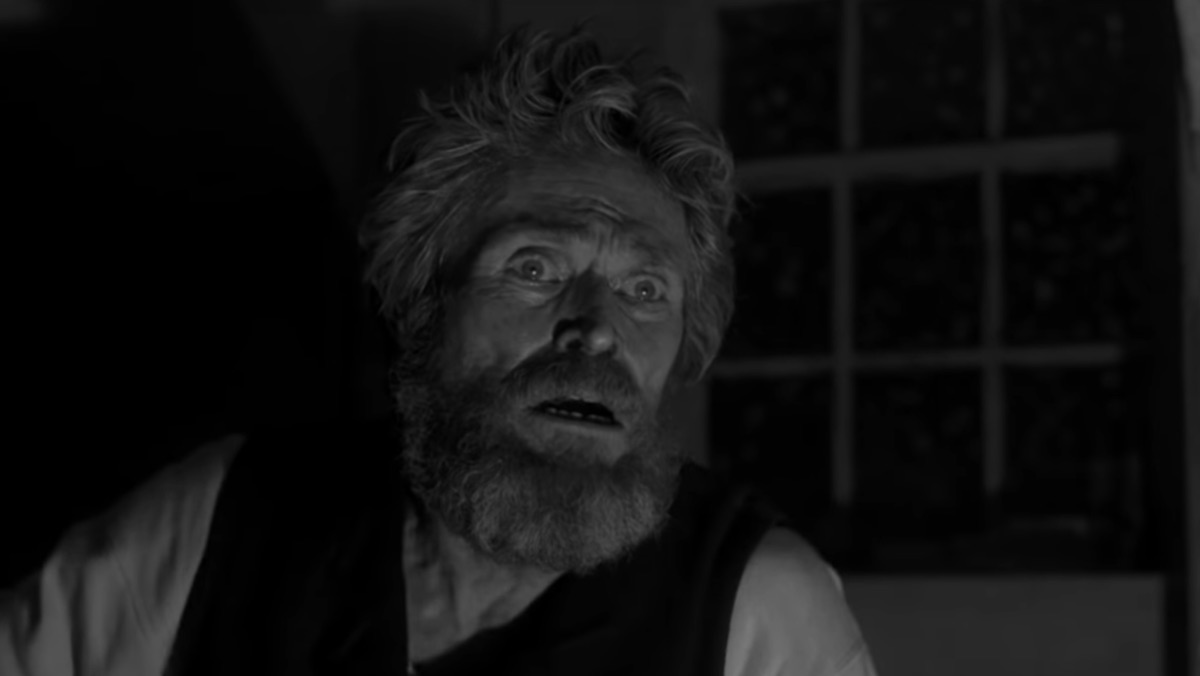 While the air of doom and cosmic confusion permeates every scene, the characters’ interaction gives the film a deep vein of humor, often raucous and silly, sometimes bleak and rueful. We’re never sure if what we’re seeing is true or a figment of a broken psyche. But whose broken psyche? And how broken? And for how long? Five weeks? Two days? What do men do out there, completely cut off, for any amount of time? What preys upon them when they’re that remote?

Stunning, upsetting, funny, and weird, The Lighthouse is a masterpiece of both minimalism and grandiose vision.