Will Bears Vs. Babies Be Bigger Than Exploding Kittens? - Nerdist

Will Bears Vs. Babies Be Bigger Than Exploding Kittens?

Matthew Inman may not be a household name, but that doesn’t mean he doesn’t already have millions of fans. He’s the creator of the webcomic The Oatmeal which has spawned dozens of viral posts on topics ranging from the secret origin of a beloved science fiction creator to why getting paid to do creative things is important. Last year, he teamed up with game designer Elan Lee to create Exploding Kittens, a card game that raised $8,782,571 on Kickstarter thanks to its mix of irreverent humor and ease of play. The same team have gone back to the platform to raise money for Bears Vs. Babies, another casual card game mixing terrible ideas and hilarious game play. 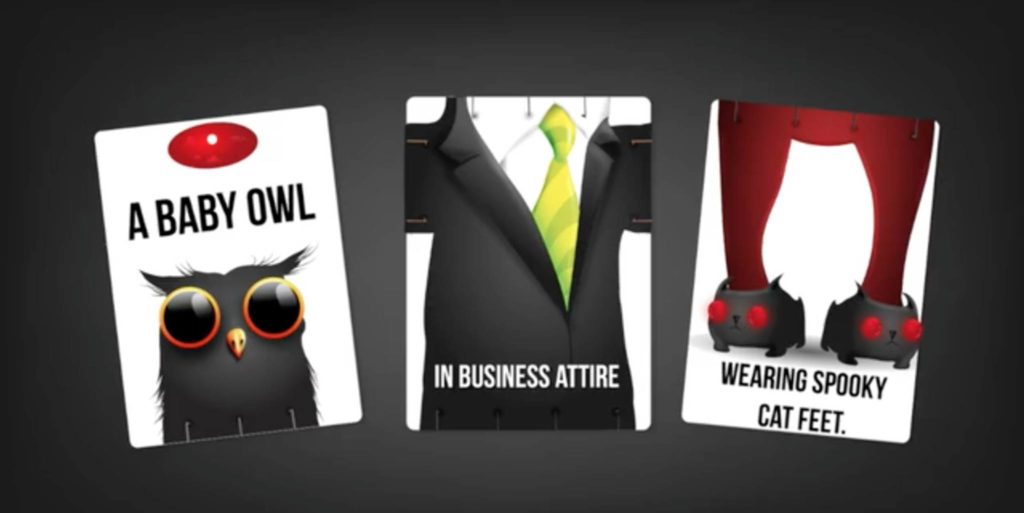 There are three types of cards in the game: bears, babies and actions. Bear cards are the parts players use to to build their monster, including pieces like chainsaw arms and tank legs. Baby cards are immediately played in the center of the table and threaten everybody’s monsters as an adorable baby army. Action card modify monsters by doing things like cutting off limbs and also provoke the babies into attacking the monsters on the table. If the babies have more cards on the table than a monster has parts, they destroy the monster. If the monster has more parts than the baby army has members, the monster puts the babies in its scoring area called the tummy. Whoever has the most babies in their tummy at the end of play wins.

While it may not seem like it on the surface, the game is surprisingly kid-friendly. The simple mechanics require basic counting skills. Inman’s art has a charming style and quirky imagination to it. The monsters that players build are mashups right out of a picture scrawled on a bedroom wall in crayon. More and more geeks with kids want to bring their children into the hobby and are on the look out for games that get kids hooked at an early age. Not only that, once the kids are in bed, adults can break out the NSFW expansion that’s available as an add-on. 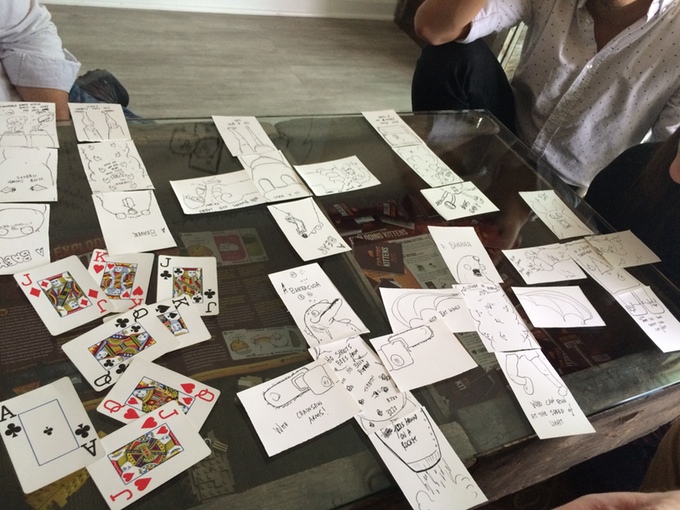 This game, like its predecessor, is geared to play in about half an hour. Games like this are often given the name “filler” but short, simple games are an important part of the board game ecosystem. These games can act as an appetizer when friends gather for a larger game. They can be taken out to bars and other social gatherings for a quick game in public. They are also great gateways to get friends that aren’t into board games hooked into something new.

Will Bears Vs. Babies surpass Exploding Kittens‘ $8.7 million take on Kickstarter? The new game raised over $882,000 in less than 24 hours. With nearly a month to go, beating the original game seems like a possibility as word gets out and stretch goals get added. Even if it doesn’t beat the phenomenal success of Exploding Kittens, Bears Vs. Babies looks to be another big feather in the caps of Matthew Inman, Elan Lee, and bear squids everywhere.

What is your favorite game that plays in less than 30 minutes? Let us know in the comments!