The first few scenes of Wildlife paint a picture of the most picturesque small town imaginable. Father and son throwing a football together. The grass in the front yard perfectly cut and that perfect hue of green. Mom in the kitchen setting the table for dinner. But underneath the seemingly impeccable exterior, there’s a sense of hushed gloom. Nothing can stay perfect forever.

Paul Dano’s impressive directorial debut takes place in 1960s Montana. Wildlife, adapted from a 1990 novel by Richard Ford, serves as a glimpse into the life of the Brinson family. Teenage son Joe (Ed Oxenbould) yearns to fit in and make friends after his parents have moved him to Great Falls, Montana. When his father Jerry ( Jake Gyllenhaal) loses his job at the local golf course, the cracks in the family’s seemingly well-put-together facade being to show.

Joe’s mother Jeanette ( Carey Mulligan) wonders how long the family can stay afloat, suggesting to her husband that he can bag groceries for the time to make ends meet. His pride hurt, Jerry refuses to settle for anything he sees as beneath him, even turning down his old job when it’s offered back to him. Instead, he opts to volunteer to help fight the wildfires near the Canadian border. Suddenly it’s up to Joe to be the man of the house as his mom meets the news with anger and shock. She seemingly regresses into the rebellious child role when Joe leaves, opting for jeans and a shirt over dresses and flirting with an older man she teaches swim lessons to every week. 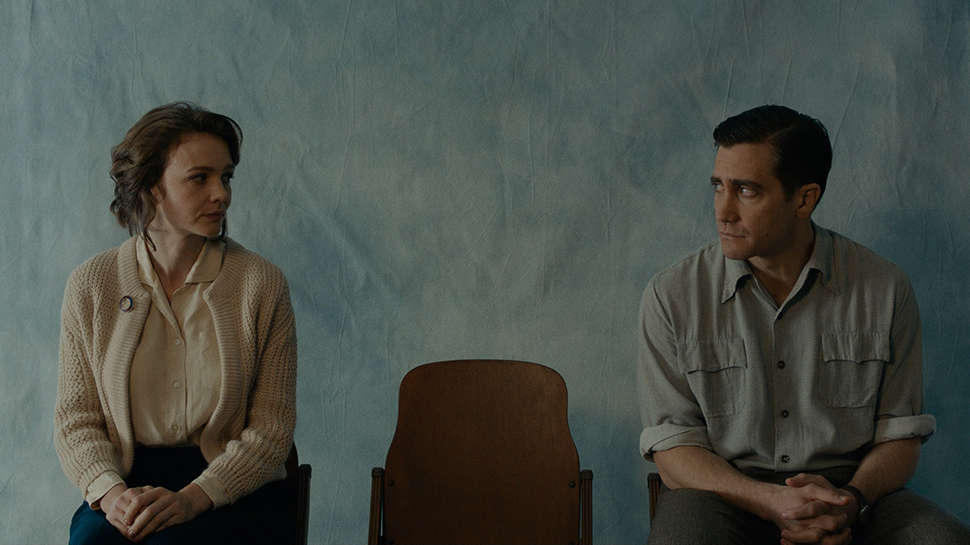 Mulligan’s role is no easy task, her character makes careless choices that changes the family forever. She’s allowed to be messy, emotional, and complex. She’s allowed to angry and frustrated. In other words, she’s allowed to be human. It’s a refreshing reversal for Mulligan, usually resigned to more innocent, wide-eyed roles. Jeanette is a fighter, yearning to take control over of her future. Dano (in a script co-written with The Big Sick star Zoe Kazan) does a fantastic job of letting his characters be confident, honest and sincere with each other. Wildlife marks one of the best performances of her career and surely will receive some attention during awards season.

Equally wonderful is Ed Oxenbould as Joe, who plays the Brinson’s babyfaced teenage son with a hint of sadness or suppressed scowl. We watch the family unravel through his eyes, often in muted reaction shots of Joe’s face. He doesn’t judge his father’s humiliation or mother’s rebelliousness and lets them just be. Jeannette tells him at one point, “If you’ve got a better plan for me, tell me. I don’t have one.” Joe just wants to see his family together again. Wildlife manages to be a coming-of-age movie for all its characters without feeling heavy-handed or stereotypical.

Of note, Gyllenhaal’s performance here is a difficult one. He plays a somewhat erratic character with Don Draper-like aspirations who never quite gains the admiration and success he desires. I liked seeing Gyllenhaal’s character struggle with his failure. The film allows its actors the space to find their rhythm and mature.

It’s all too rare to see a quiet, small-scale drama on film these days. If anything, my one qualm might be that the film feels a little too nostalgic at times, but those feelings are infrequent. The look of this movie, from the costuming and production design to the cinematography, is beautiful and pitch-perfect in its evocation of small town America. Wildlife is not a film that wraps up tidily, giving us a tough and bittersweet ending. We are left to wonder what’s next, perhaps with a bit of dread. Dano does a superb job guiding the story, and I can’t help but anticipate the next film he steps behind the camera for if his directorial debut is this absorbing.

Rating: A quiet, unassuming 4 out of 5

Michelle Buchman is the social media manager at Nerdist Industries. She’s also a huge cinephile. Feel free to follow and chat movies with her on Twitter,  @michelledeidre.

A Complete Guide to the Cinematic References and Inspirations of SOLO: A STAR WARS STORY

IN FABRIC Is a Bizarre, Blood-Soaked Throwback to Euro-Horror (TIFF Review)