It’s hard to think of a playwright on par with Shakespeare. Not only did the writer’s stories capture the cruel ironies of life, but he also wrote in a distinctive rhythm known as iambic pentameter. In a new video, YouTuber Tom Scott demonstrates how this rhythm works best in English. Especially when compared to French—which does not allow for the same type of beat. (Italicized line is our attempt at iambic pentameter. Be kind.)

Scott, a programmer who’s covered countless fascinating, esoteric topics before, recently posted the above video to his channel, posing an interesting question: Why does Shakespeare only work in English?

Scott proceeds to demonstrate how iambic pentameter is integral to reciting Shakespeare. For those unfamiliar, the rhythm or “meter” uses a particular pattern of stressed and unstressed syllables. The meter, which is the most common in English poetry, also usually contains around ten words per line. The result of the two characteristics is a sort of flowing staccato. One best demonstrated by this Renaissance Man clip:

While iambic pentameter works perfectly in English, however, Scott shows that it doesn’t work at all in French. This is because the English language contains lexical stresses. To explain: in any English word with more than one syllable, the syllables will differ in their relative prominence. French, on the other hand, does not have this in-built rule; rather, by default, the stress always lands on the last syllable of an utterance. 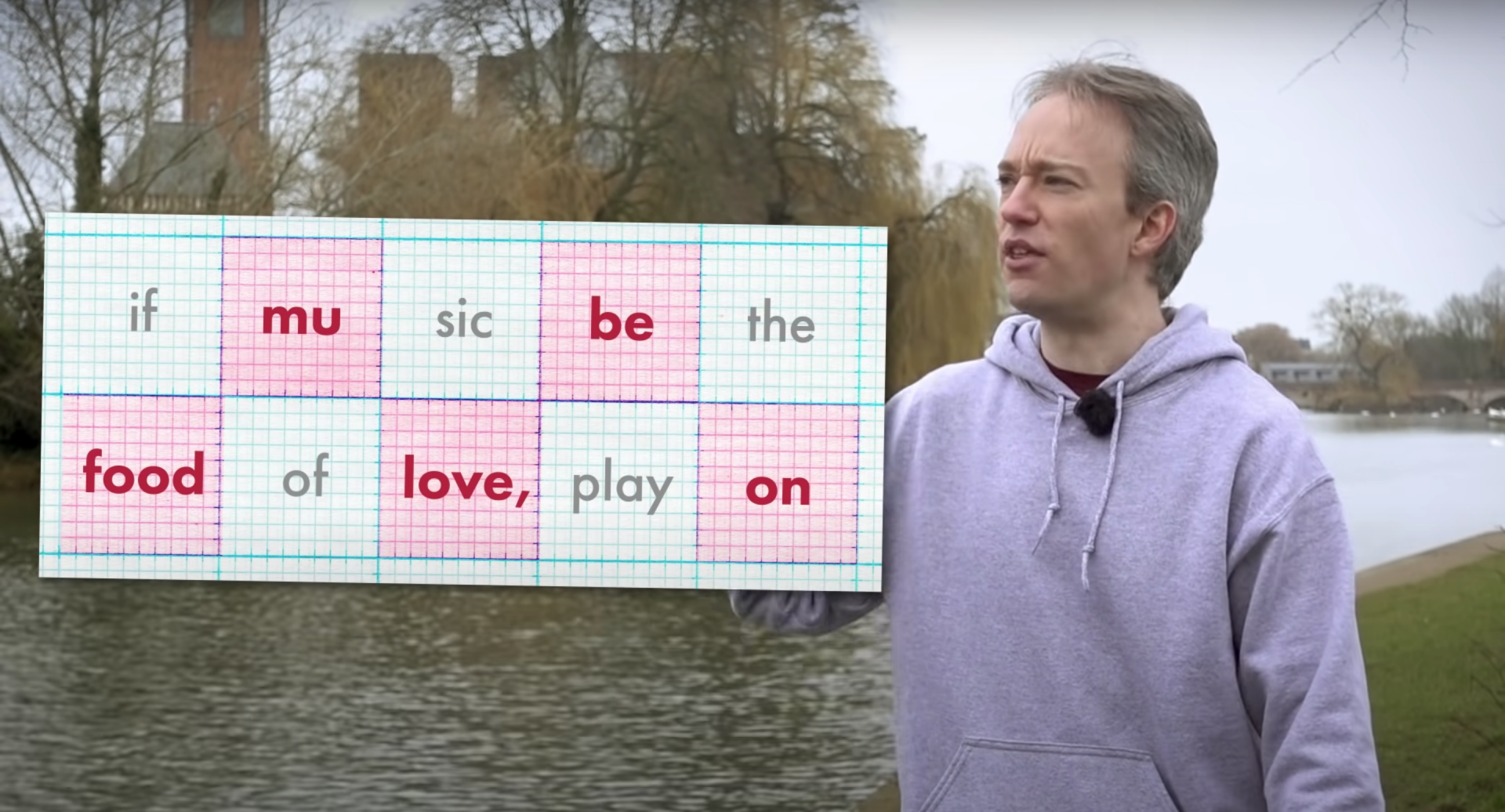