This month marks the 20th anniversary of Hackers. As far back as 1983, keyboard cowboys have been the subject of major motion pictures. David Lightman knew the importance of knowing the name of a programmer’s son (hint: Joshua) and the perks not being over 18 in the eyes of the law. But it was director Iain’s Softley’s film about a bunch of teen hackers that was, for many geeks growing up in the 90s, the first to view those that code as a legitimate subculture, with music, fashion, and a vernacular all their own, and all in a time when VHS was the best way to view such things.

The story begins with young Dade Murphy being convicted for crashing over 1,500 computer systems in a single day, causing the NYC stock exchange to drop 7 points. He was only 11. The court orders that he can’t use a computer until he becomes an adult, which is where the film picks up. Originally going by the name Zero Cool, high school Dade (Jonny Lee Miller) switches his online handle to Crash Override. His first big hack after his mom buys him a ’puter for his 18th is OTV, a local cable network. Fed up with a loud mouth Rush Limbaugh-type, Crash reprograms OTV’s computers to switch out the terrible talk show for something much better: The Outer Limits. Victory is fleeting, however, as another hacker has taken over, one that goes by the name Acid Burn, and swiftly boots him out of the OTV.

We’re jacking in, accessing files, and putting it all on floppy disk. Let’s go back to September 15th, 1995… 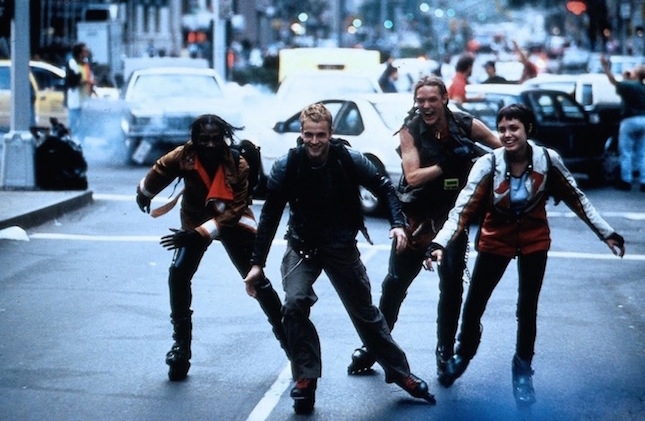 Nowadays a team of computer geniuses is no big deal. Even CBS, whose viewers tend to skew older, has the hit show Scorpions about a ragtag group of, you guess it, hackers. (True, American Idol’s Katharine McPhee plays a former waitress but her son is also genius!) We only wish the show, based on the real life exploits of Walter O’Brian, had cool handles for this crew. Like hey, they could call Robert Patrick ‘Liquid Metal’. Just sayin’.

Like most teen tales, Hackers put a big emphasis on friendships. In his first week of school, Crash meets Cereal Killer, The Phreak, and… Joey: fellow students who at least 2/3 of whom are elite hackers. As the plot unfolds, innocent hackers are targeted to take the blame for an oil spill. It’s up to Crash and his crew to band together, and take down Ellingson Mineral Company’s supercomputer, the Gibson. Crash will even need set aside his beef with the notorious Acid Burn and learn that as it turns out…

Hackers Can Be Women. (Duh.) 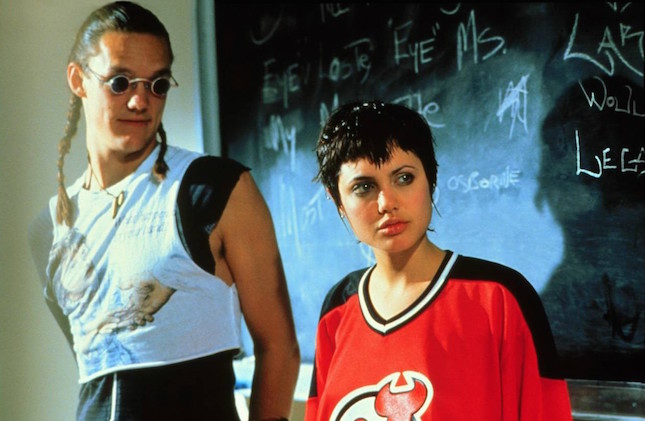 Way before Lisbeth became that girl with the dragon tattoo, Dade met Kate Libby, a.k.a. Acid Burn, played awesomely by Angelina Jolie. Anyone who think geeks fell in love with Jolie because of those terrible Tomb Raider is universally clueless.

Kate was brash, clever, and just as excited about the processing power of RISC architecture as the boys. While it might seem like a no brainer that a character like Acid Burn would be female, at the time, it was pretty progressive. (Okay, maybe not THAT progressive since she’s also Dade’s love interest.) Moreover, the film’s attitude towards Kate and other characters is more forward thinking than one might expect from a 90s cult flick: like how both Kate and Dade have gender-swapping dreams. And who could ever forget the duo known as Razor and Blade? They’re the gay friendly pair that helps Crash while at the same time never shirking their duties as hosts of their underground television show, “Hack the Planet”.

Hackers Should Have a Sense of Humor. 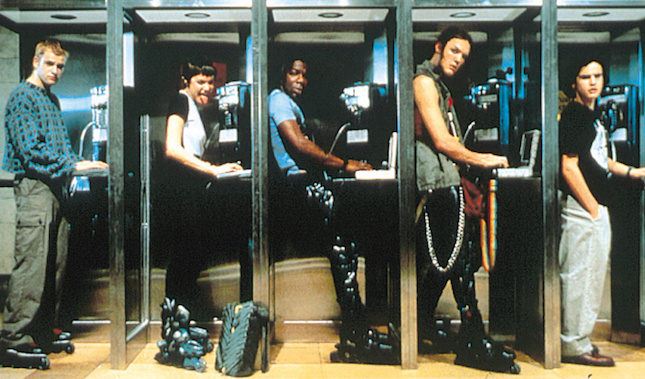 “My crime is that of curiosity. I am a hacker, and this is my manifesto. You may stop me, but you can’t stop us all.”

We love Mr. Robot and it’s precursor, Fight Club (and its precursor, A Clockwork Orange), but can Elliot ever just lighten up? When given the chance to be heavy or just be plain fun, Hackers was always the latter. Everything about the film is loose, happy, and optimistic about the future. Without spoiling for those who haven’t seen it (yet), this movie has so much to offer if ya just go with it: whacked out clothes, goofy Lawnmower Man era CGI, a laughable performance by Fisher Stevens as the skateboarding bad guy, and outwitting the feds by taping phones lines at Grand Central Station. The finale even includes our teen heroes escaping capture from the NYC’s finest on rollerblades. You just can’t make this stuff up. Well, we can’t, but the writer’s of Hackers did.

Feeling the Hackers nostalgia? Let us know in the comments below!