Why Rey Should Go Dark In STAR WARS: THE RISE OF SKYWALKER - Nerdist

Why Rey Should Go Dark In STAR WARS: THE RISE OF SKYWALKER

Rey, a name that recalls sunshine: “ray.” In the first draft of Star Wars: The Force Awakens, she was Kira, the feminine form of Kir, meaning “beam of light.” She is a character of purity, her lightness evoked not just in her pleasant aura, her overwhelming compassion, but also her clothing: tan and white; desert colors, but also the broad-stroke palette Star Wars associates with the light side. Rey is good, our heroine, and always has been. But new footage for The Rise of Skywalker, the final film in the episodic Star Wars saga, shows Rey cloaked in black, wielding a double-sided red lightsaber. Iconography diametric to what we know of her; colors that evoke darkness. Sith colors. Is this merely a vision of a possible future for Rey, or is she really about to go bad? It’s likely the former—but it should be the latter.

“Now your journey nears its end.” 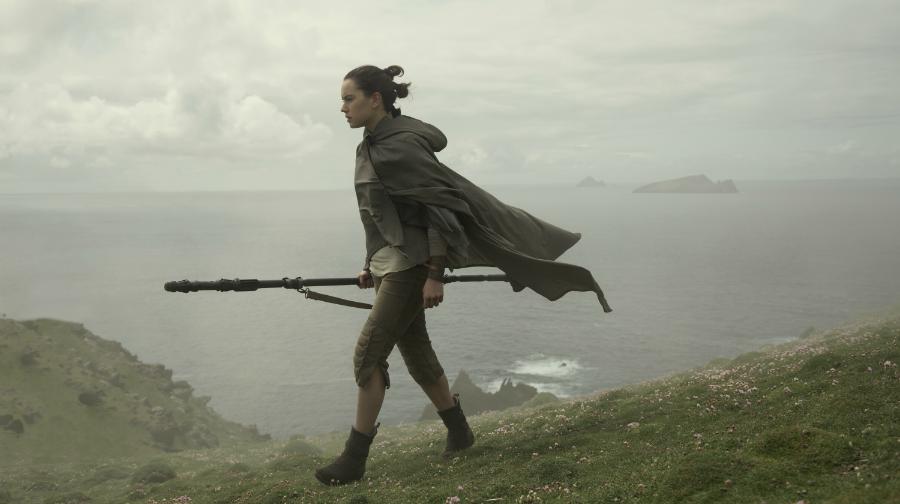 Star Wars is a simple story, a fable of good and evil that has rarely, until this era, played in shades of gray. Luke, a gentle farm boy from Tatooine who dreams of heroism, is thrust into an adventure that allows a happy ending. Darth Vader, Luke’s father, a man prone to anger who succumbs to the dark side and plays second fiddle to the galaxy’s evil Emperor. It’s a story of redemption, too, but rarely the nuances between black and white, good and evil. Until the sequel trilogy, that is. The Force Awakens and The Last Jedi have succeeded in telling more complicated stories in the Star Wars sandbox. They present us with new moral quandaries, mostly in the form of Kylo Ren—the grandson of Vader and nephew of Luke. A character whose bloodline runs both hot and cold, and who is stuck in the crosshairs of what that means; though he has chosen the dark, the light calls to him.

Rey is our juxtaposition. She is born from nothing special, but leans towards the light from the moment she knows what the Force is and that she possesses it. But it’d be simple to write her off as something so simple. As Kylo is drawn to the light, so is Rey tempted by darkness. As she journeys inward in The Last Jedi, under the guise of Luke, she is exposed to a dark side cave. Instead of resisting it, she leaps in—both metaphorically at first, and then quite literally. The first time Luke senses Rey’s darkness, he trembles before it. “You went straight to the dark,” he says with concern. “If offered you something you needed, and you didn’t even try to stop yourself.” And though she ultimately rejects these beckons, anger boils beneath her surface. In both The Force Awakens and The Last Jedi, we see it; as she prowls around Kylo, waiting to strike him down in the forest of Starkiller Base, stopped only by the force of nature that separates them with a crack in the earth. When she learns that Luke betrayed Kylo and beats him with her staff, drawing a lightsaber on him after he falls to the ground. 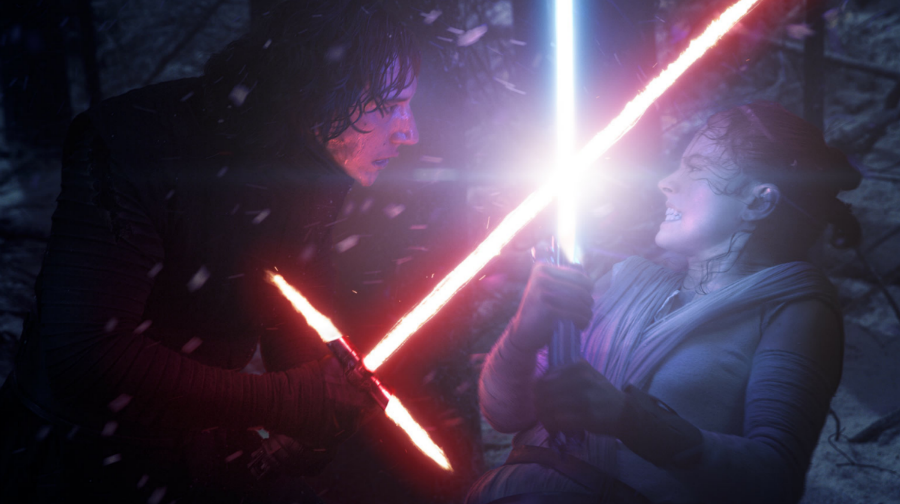 In both films, Kylo and Rey are given distinct moments where they are offered either the light or dark. Kylo, when Han comes to him, and again after defeating Snoke. He chooses dark both times. Rey, on Starkiller Base, when she has the opportunity to kill Kylo, and again, also after Snoke’s death. She chooses light both times. But what if, to achieve a karmic Force, these two polar opposites must choose a different path? What if the only way to restore balance is for our “bad” character to operate in the realm of good and our “good” character to operate in the realm of evil? How can they ever understand one another, offer forgiveness, or move beyond their conflict without walking on both sides?

If Rey is the sequel trilogy’s goddess, she may also possess the principles of the dark feminine—mythological women who embrace their least desirable traits. The idea is not that these dark energies are bad, but that they are fully aware and at peace with all aspects of themselves, including their shadow. As Twitter user @ashesforfoxes notes, the absence of a dark female presence has been felt in the episodic films.

We’ve been missing the Dark Feminine as a source of untapped potential and power in this story for a very long time. I’m not setting any expectations but I would love to see it realized.

Mythological examples of the dark feminine are Kali, a Hindu goddess associated with death, or Medusa, the snake-haired Greek monster. Or, most recognizably, Lilith, of Jewish mythology, the first wife of Adam who is seen—in some instances—as a demon of the night. The figure of Lilith has been reclaimed by modern feminists and occultists as a symbol of power and the dark feminine; a woman in full control of her many shades, and thus enlightened. 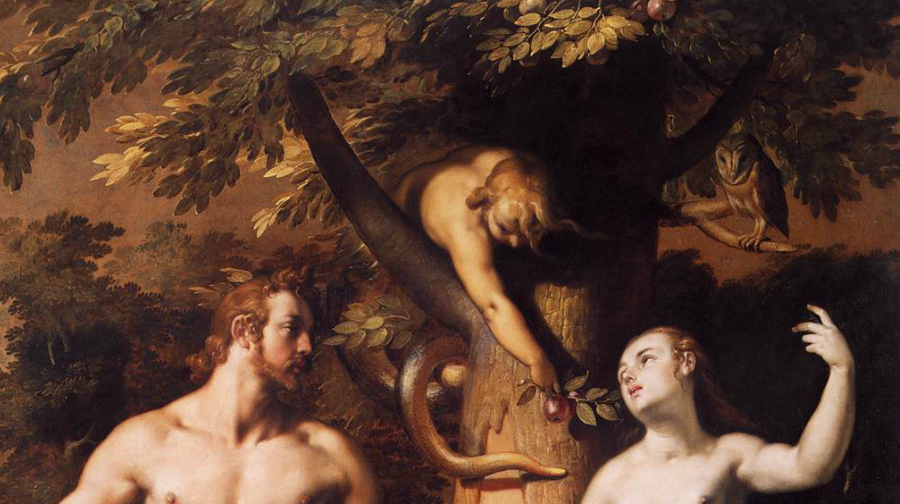 It’s not hard to draw parallels between Lilith and Rey; both of them virtuous and misunderstood, as are all beacons of feminine strength; the ancient Greeks had a phrase for the fear of feminine beauty: “kalon kakon” or “the evil-beautiful thing.” If we look at Kylo as the Adam figure of Rey’s story, it’s even easier to fill in the blanks. Ariel Guttman, a renowned astrologer, said of the myth of Lilith and Adam, “when Adam demanded that [Lilith] be his ‘helpmate’ (i.e., slave), Lilith responded: ‘Why should I lie beneath you, when I am your equal since both of us were created from dust?'” Rey and Kylo, also made of dust, are also equal; but both must realize every shade of their being before enlightenment can happen.

For Rey, this may mean a flirtation with the dark side. Whether she fully embraces it and turns willingly, or is merely teased with the possibility, there is proof in this footage pudding that her dark side will be explored. It would be nice to see her accept it, make peace with it, and evolve beyond it in The Rise of Skywalker—and for Kylo to walk the opposite path, embracing his inner-light and finding power in its restoration. This acceptance of every inward occupation—the embrace of the virtues and the flaws—would evolve Star Wars, better the Force, and richen the possibilities of the galaxy far, far away.

TAGGED: The Rise Of Skywalker