Once upon a time… in Nazi occupied France… there was a band of misfits who changed the course of history. Not real history, but the Wild West of Quentin Tarantino’s fictional universe, where Hitler died in a cloud of bullets and smoke, where a team of American Jewish men ended World War II, and where movie stars and film critics are spies for Winston Churchill. Inglourious Basterds is not only Tarantino’s most whimsical and strange movie, but it’s also his best—his self-professed masterpiece, a film that celebrates its 10th birthday this week, and that only looks better with age.

Tarantino is an auteur with a number of great films under his belt—all nine of his released features, in fact—but Basterds is his work at its most refined. It’s part homage—with nods to Spaghetti Westerns like Don Taylor’s Five Man Army and war films like Brian G. Hutton’s Kelly’s Heroes—part fairy tale, with a bold vision and characters that pop off the screen full of resolution and personality. Even with such a grandiose cast, he puts humanity and humor into every person, from iron-tongued Basterds leader Aldo Raine (Brad Pitt) to the steadfast and devotional Shosanna Dreyfus (Melanie Laurent). 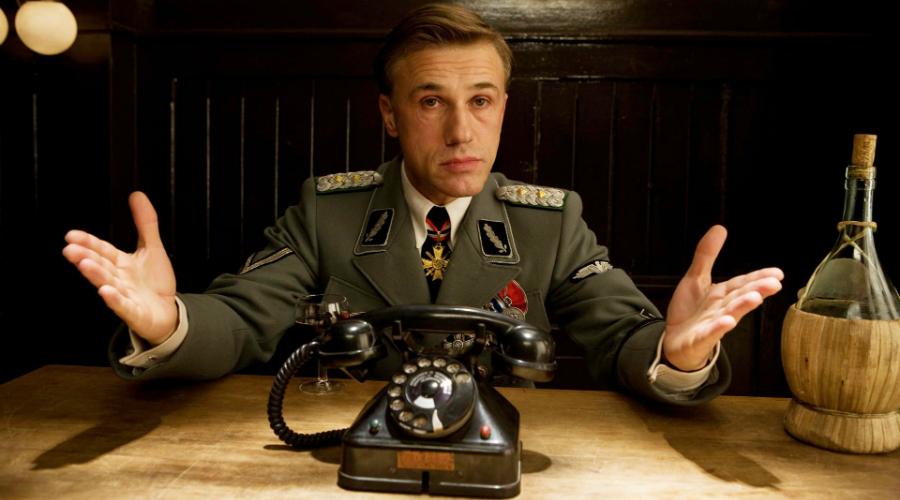 The plot follows a troupe of American renegade soldiers who travel to Nazi-occupied Europe intent on killing and skinning the heads of the Gestapos. They join forces with a British film critic, Archie Hicox (Michael Fassbender), and a German actress, Bridget von Hammersmark (Diane Kruger), who tells Raine about the premiere of a German propaganda film to be attended by Hitler. Together, they hatch a plan to infiltrate the premiere and kill Hitler and his inner-circle. Little do they know that the theater’s owner, Shosanna, is an incognito Jewish woman who forged her paperwork and has her own plans to destroy the theater with flammable film nitrate, trapping the Nazis inside. Both plans collide, and the film ends with a parade of bullets, explosions, and the effective end of WWII—Tarantino’s way.

Basterds boasts another character, SS Colonel Hans Landa, played to perfection by the Austrian actor Christoph Waltz. Landa is unlike any character whose ever come before, a charming and personable man whose cheery exterior camouflages his monstrosities. Landa’s function in the story is one of its greatest strengths. He weaves in and out of every narrative, drumming up the tension wherever he goes. He preys on Shosanna—he’s the one who killed her family, and is fatefully drawn back to her ahead of the movie’s premiere—like a snake, seemingly aware of who she is and waiting for the right moment to strike. This comes to a head in one of the film’s best scenes, at a restaurant where Shosanna sees her enemy for the first time in many years and must feign honor or die.

It’s a wrought scene, but not even the most perilously intense in a film loaded with moments that fizzle with horror. Like the prologue, where we see Landa order the murder of the Dreyfus family on a French dairy farm. Or the tavern scene, when Hicox, von Hammersmark, and Basterd bad boy Hugo Stiglitz (Til Schweiger) slowly blow their cover and are maimed by German soldiers. Or later, when von Hammersmark—who survived the tavern attack—is cornered and murdered by Landa, who discovered her shoe at the scene of the crime.

Each moment simmers to a boil, ripening the film with both the pleasure of release and anxiety that doesn’t cease until the film’s final cathartic moment: When Raine and fellow basterd Utivich (B.J. Novak) carve a swastika in Landa’s head after he brokers a negotiation for his escape. “You know something, Utivich? I think this just might be my masterpiece.” It’s Tarantino giving the audience a wink, acknowledging that he’s crafted what—to him, at least—is his crowning achievement. 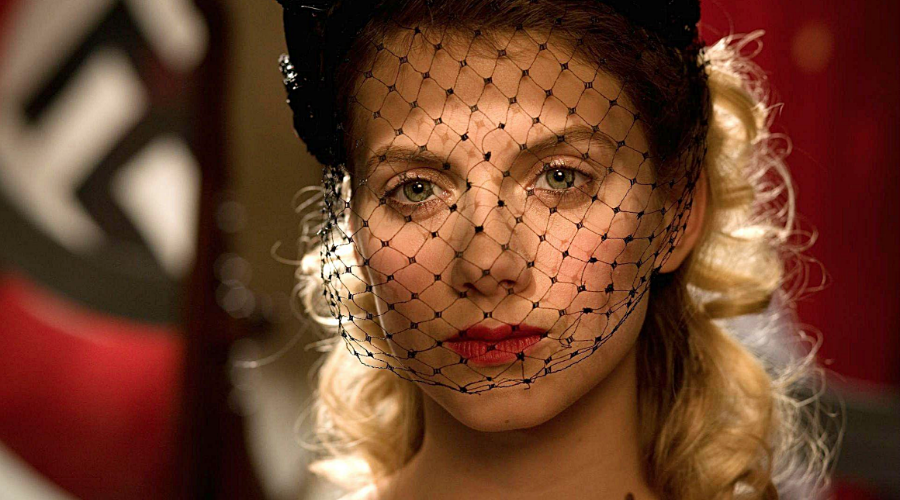 But the achievement doesn’t just come from master storytelling and well-crafted set pieces. It comes from its heart. Above all, Inglourious Basterds radiates with warmth, and that comes from Laurent’s spellbinding performance as Shosanna Dreyfus—one of, if not the, best of Tarantino’s female characters. We don’t know much about Shosanna, only that she’s a French Jew whose family was slaughtered by Nazis, who fled to Paris where she inherited a cinema from its previous owner. She is steeled from the world—ignoring the advances of Nazi war hero Fredrick Zoller, the subject of the propaganda film premiering on her screen. She is resolute, vengeance-driven, imbued with a sadness that permeates the film. Shosanna reminds us of the personal cost of the Holocaust and Hitler’s reign. She’s the hero of the film, and its lasting impression. The real reason Tarantino can call this film a masterpiece with a straight face and actually mean it.