Why Arya Stark Deserves to Win GAME OF THRONES - Nerdist

Why Arya Stark Deserves to Win GAME OF THRONES

Who do we most want to see emerge victorious and seize the Iron Throne? BeforeÂ Game of Thronesâ€˜ final season, weâ€™re making the case for every worthy candidate still standing, this time looking at Arya Stark.“No, that’s not me.” Ned Stark’s youngest daughter never dreamed of being the wife of a high lord, but she never could have imagined she would be known by so many other identities either. She was Arry, “No One,” a peddler of oysters, a blind beggar of Braavos, and the bringer of justice to House Frey. She’s also a brave warrior and a survivor with a strict moral code. Combined with her unique set of skills, she stands as one of the most formidable people alive, which is why she might be exactly what Westeros needs when it looks for new ruler to mend a divided land.Hereâ€™s the case for why Arya Stark‘s new identity should be Queen of the Seven Kingdoms. 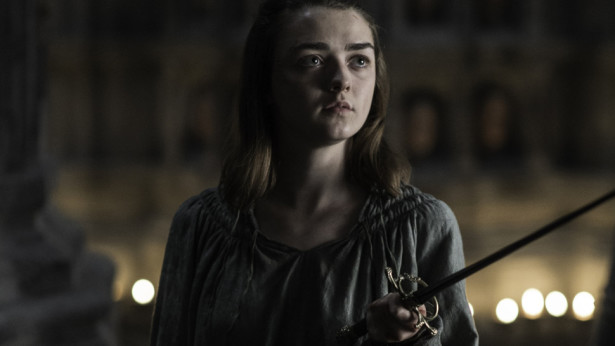 A highborn lady with a warrior’s heart, Arya is one of the few women in the Realm to have been trained to be both a respectable sophisticate and a fierce combatant. She might prefer the latter title more, but that doesn’t change the fact she grew up learning the social customs required of her Great House.A trained water dancer who also learned how to fight from The Hound, she can go toe-to-toe with the likes of Brienne of Tarth. But even more than her talent with Needle has Arya’s iron will helped her survive a long and treacherous journey. She is as strong mentally as she is physically. And with all of the heartache and loss she has experienced on her travels through the snake’s pit of King’s Landing and the war-torn countryside of Westeros, across the Narrow Sea to the home of the Faceless Men of Braavos, and finally back to Winterfell, she has gained invaluable life lessons. Though she has changed, becoming colder and harder to the world, she has retained her strict sense of right and wrong. Arya doles out justice to those who deserve it and protects those who need it.And despite everything she has seen, every place she has been to, and every name she has been known by, she still understands the greatest lesson her father ever taught her: the value of being part of the pack. Arya can assume the face and identity of anyone she chooses, but in her heart she is a daughter of House Stark, and that means something in a world where winter is coming. 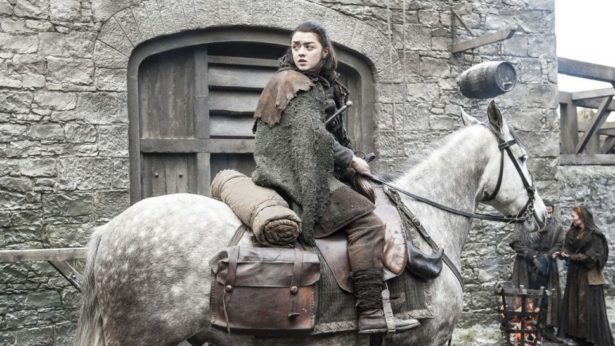 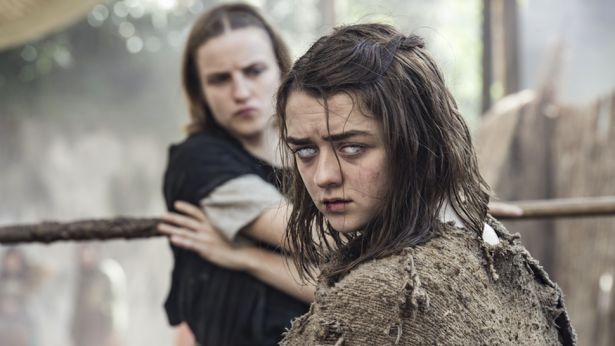 At best Arya is fourth in line for Jon Snow’s (a.k.a. Aegon Targaryen’s) crown…which currently belongs to Cersei.Â But considering the army of the dead is marching, and many would-be rulers will likely not survive the Great War, the fact that Arya has any legitimate claim at all is a big deal. She’s a skilled fighter who has survived against astronomical odds for years. If anyone will outlast the Night King, it’s her. Plus, as a trueborn daughter of House Stark, who were the Kings of Winter for thousands of years, a Westeros desperate for any highborn ruler to unite them could turn to Arya if she’s the last one standing.And if she ever decides she does want power, she can always just kill the real king or queen and wear their face. No one else can make that claim.

“A ruthless assassin who has lost some of her humanity because she can use dark magic to literally wear peoples’ faces” isn’t exactly what you are looking for in a leader. Also, the Realm will need someone who grants mercy and compassion after years of civil war to help fix deep wounds, and Arya is more the vengeful type. She forgave her sister Sansa, but even that was a whole thing.She also has zero experience being in a position of power. Arya has never had to make a decision that impacts an entire castle, let alone one kingdom (or seven). She’s witnessed the horrors that the powerful inflict upon commoners, but so did “Egg,” King Aegon the Unlikely. His attempts at meaningful reform for the people of Westeros failed because he didn’t know how to bend lords’ wills to his desires. Ruling requires tact and diplomacy, things Arya knows nothing about.Being in charge also means often ignoring your own list of wants and desires. Does that sound like Arya? 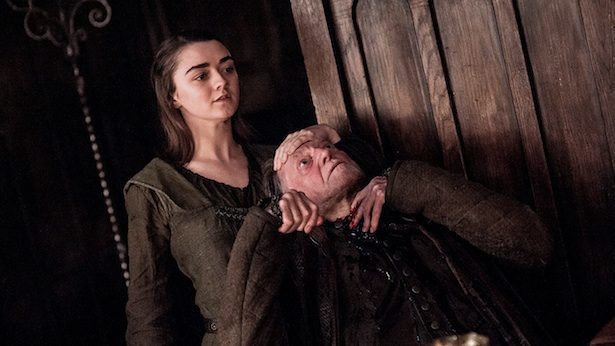 Of all of the major players in this epic story, no one wants power less than Arya Stark. Her goals are more personal, just like much of her struggle to survive has been. Everything she has been through and learned has made her one of the most dangerous people alive, but only for the unjust. She would never hurt the innocent. Arya protects them, no matter the peril it brings to her. A highborn lady with the skills and heart of a warrior is someone an entire kingdom could get behind, just like we always have.Thatâ€™s why Arya Stark deserves to be the ultimate winner of the game of thrones.