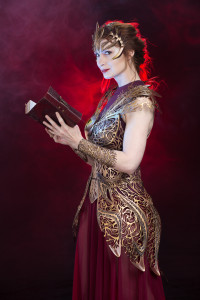 The last time we beheld the staggering work of Melissa Ng, founder of Lumecluster, we were lifted to a heady realm of pure fantasy. Seeing Felicia Day model the intricate 3D printed Dreamer Regalia created an escape to explore the planes “where dreamers find courage.” But if you know anything about Ng, you quickly learn her dreamer’s spirit is as tenacious as it is tender. Before the 3D printers could cool, she was already designing her next masterpiece: The Sovereign Armor.

I asked Ng about the challenges The Dreamer Regalia presented that motivated her to so immediately begin the creation of another elaborate armor. She explained that “while the Dreamer Regalia is one of my absolute favorite projects, I didn’t like how fragile the material was. And I didn’t give much thought to functionality at the time since I was mostly influenced by what I saw in film, television, and games. When I finally completed the regalia, I learned so much… about how much I really didn’t know about armor.”

This is where it gets especially interesting. Not only do we see in the images below Ng’s vision and creative beauty, but the expertise of historical armor consultant Ian LaSpina of Knyght Errant.

What did you look for in a consultant?

When I started doing my historical research, I didn’t think about finding an armor consultant at first. I was just digging through Google Searches, diving into textbooks on medieval history and armor reproduction, and visiting the Metropolitan Museum of Art here in NYC. But I didn’t feel like images and seeing armor in museums was enough for me to know how the armor functioned and how armor components were put together.

I was very fortunate to stumble on Ian LaSpina’s Knyght Errant YouTube channel, which focused on educational videos and articles about the nuts and bolts of medieval arms and armor. Before I knew it, I was watching every single one of his videos back-to-back.

On impulse, I reached out to him to thank him for his amazing content and we geeked out about our love for fantasy. Upon realizing his love for both historical armor and fantasy, it made sense for me to ask him if he would be interested in joining me on the Sovereign Armor project. I’m lucky he said ‘yes’ because his support was a great boost.

What surprised you the most when pursuing historical accuracy?

I was surprised by how much easier it was for me to mock up fantasy armor ideas once I knew what armor components there were and how they functioned.
While it’s enjoyable to make fantastical pretty things, it’s even more fun to design something while asking yourself ‘Would designing it this way get me killed? If I shaped an armor piece like this, would I later be filled with pain and regret?’

What were some of the major changes you saw from your original design to Ian’s changes? 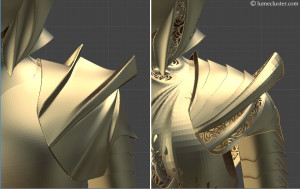 The biggest changes were probably in the pauldrons (and he also gave many gentle warnings about my breastplate, vambrace, gauntlet, and plackart design). If this was real armor, my original pauldron design would have gotten the wearer killed since it was designed as one solid piece, which would have limited the wearer’s shoulder movement. Since I was focusing on the gothic armor style, he helped me get a clearer idea of how gothic pauldrons articulated so it could flex and collapse on itself.

What lessons learned from the Sovereign Armor will you apply to the next creation?

I learned a lot about how to assemble the pieces that make up each armor component, but I still have much to learn. I’d love to see a real armor smith create and assemble armor.
The amount of care that went into making something fantastical and beautiful to also be historically accurate is staggering. The mission of The Sovereign Armor’s creation is unrelenting, even savage. As Ng herself delves into the battle of creating in spite of your critics, both internal and external, she has had to find an inexorable strength. From her blog:

“[The Sovereign Armor was] made in honor of the creatives out there who know that, even though it’s empowering to be the ruler of your dreams and creations, you also know how incredibly lonely the journey can often be…Because it’s yours. All the frustrations, failures, revelations, and successes. It’s easy to critique, judge, and assume. It’s not easy to keep creating the things that can only come from you.”

Enter Marisha Ray. If you have ever had the opportunity to encounter Marisha, you know that she is a master of wielding uncompromising strength, a woman who stands her ground with a warm, unafraid laugh. She took to bearing the Sovereign Armor like a true warrior, as seen in the gallery below. 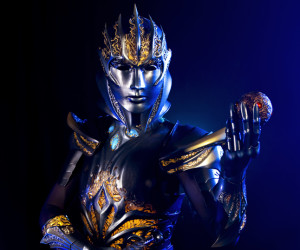 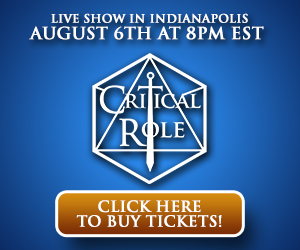