What Makes The Intrepid Class Special - A Starship Study - Nerdist

What Makes The Intrepid Class Special – A Starship Study

Every Wednesday at 9:30 PM , a talented crew roleplays their way to fulfill their mission and boldly go where no one has gone before. Join the adventures of the USS Sally Ride on Shield of Tomorrow on Twitch.

As is often the case in science fiction, what starts out as nothing more than a backdrop, tends to grow and evolve with the audience and become a character in its own right; the spaceship. Who hasn’t felt a twang of hurt watching Serenity drift in “Out of Gas’? Or the heartbreaking moment at the end of Battlestar Galactica when the Galactica herself breaks her super structure after one FTL too many? I remember being in the theater and hearing cries of dismay when the USS Enterprise-D met her end in Star Trek Generations. With this in mind, let’s explore the ship of Shield of Tomorrow, the USS Sally Ride and better get to know just what this ship is capable of. 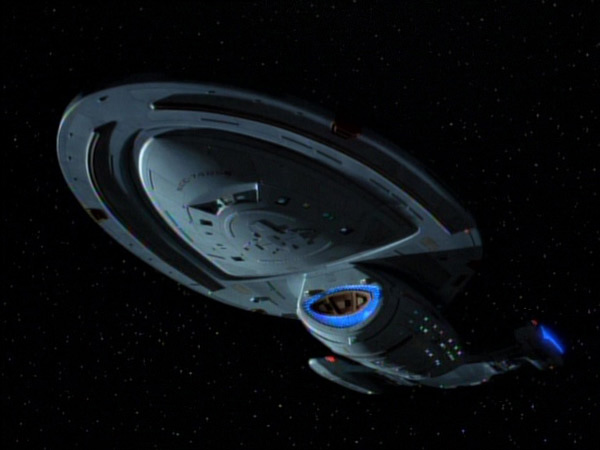 The USS Sally Ride is an Intrepid Class Starship (the same class as the USS Voyager) and like the Voyager, was one of the first Intrepid class starships ever built. Intrepids are really interesting ships, designed for long-term exploration missions in mind, and equipped with a number of neat features. The first thing to pop out at you when looking at an Intrepid class, especially after 7 seasons of a Galaxy class with TNG, is just how small it is. The Intrepid class boasts 15 decks and a crew complement of 140, whereas a Galaxy class has 42 decks, a detachable saucer and a maximum crew complement of 15,000. Compared to the flagship of Starfleet, the Intrepid class is intended to be quick and smart. It’s pretty clear that the crew, being as small as it is, is a tight knit community. No wonder the dating pool on Voyager never seemed in Ensign Kim’s favour.

After size, as anyone who has ever watched Star Trek: Voyager will attest to, the Intrepid has style. It is the only starship in the history of Trek, regardless of species, to boast moving nacelles. When an Intrepid engages its warp engines, the nacelles move from a cruising position parallel with the hull, to a 45 degree angle. With its style, the Intrepid class kept it going with the best navigational sensors and fastest top end speed of any ship in Starfleet, hence its quickness.

The Intrepid also came standard with a number of Starfleet firsts, many of which added to its smart title. It was the first ship class to include an Emergency Medical Hologram (with the  EMH Mark 1 and its unfortunately defective bedside manner), as well as the first ship to incorporate bio-neural gel packs, which was the next step in computing technology, though it also has its own special set of drawbacks (including possibly being infected by bacteria, the logical outcome of when Neelix tried making cheese.) 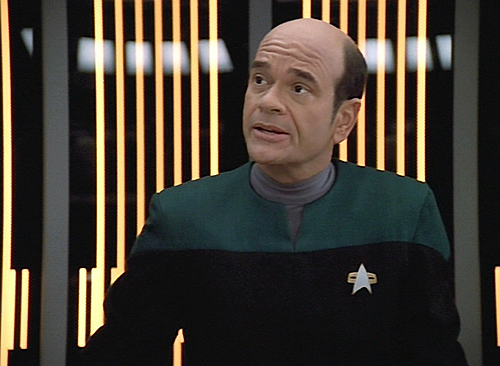 Instead of boring you with details about the myriad of features of the Intrepid class ship, let’s look at the one that is arguably as cool as the Galaxy class’ ability to detach the saucer section from the rest of the ship: The Intrepid Class has the ability to jettison entire deck sections in case of emergency. Jettisoning a warp core to save your starship was standard operating procedure in case of warp-core related emergencies (like breaches or overloads) but the ability to jettison an entire deck section is another an innovation that saves lives when facing unimaginable dangers (like when you Doctor gets taken over by a sentient space-faring bomb).  Let’s hope that the USS Sally Ride never has to jettison entire decks, though with its mission being one of exploration, you never know.

Check out Shield of Tomorrow every Wednesday at 9:30 pm PDT on Twitch and Alpha.

What is your favourite Star Trek ship? Let us know in the comments!