This Is What a Record Made Out of Chocolate Sounds Like

Vinyl records have made a comeback this decade. Years after new technology—first tapes, then CDs, and now digital copies—replaced them, music fans have returned to their turntables for a fuller sound. But what if you wanted a tastier one too? For that you could buy a novelty album made entirely of chocolate. However, this video shows that you trade a whole lot of sound quality for a tasty treat.

This music-meets-food experiment (which we first came across at Digg) comes from the YouTube channel Techmoan. It features two attempts to play made-to-order chocolate albums. The first didn’t go so well, as the record player’s stylus was too heavy. It dug into the chocolate, ignoring the music-producing grooves. Not only did that lead to a horrible scratching sound, it made the record unplayable for good. Oh if only we had a nickel every time that happened to us….

The second attempt, with an entirely different edible album, employed a standing turntable with a lighter tracking force. That did the trick, as “We Wish You a Merry Christmas” came through. It just didn’t come through loud and clear. 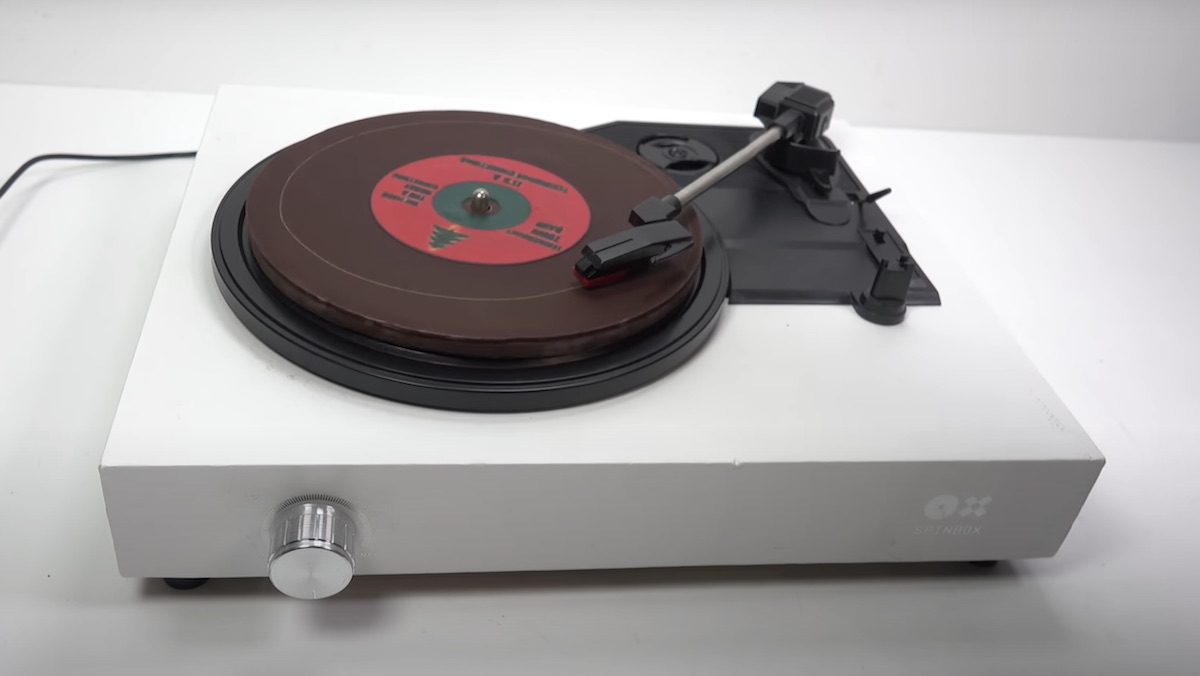 The stylus was able to follow the record’s thin grooves, but the sound was muddied. It was like listening to an AM radio station on a crappy radio in the 1930s. If you wanted to do a period piece about Christmas in early 20th century America, forget trying to replicate that lack of quality. Just play a modern day chocolate album. Especially because afterwards you can eat it. (So long as the player and stylus are both thoroughly cleaned before.)

You can get the same one seen in this video from the FoodisArt Etsy shop. Or you can send one to us. We might not love how it sounds. But being gifted a chocolate album is music to our ears.