Here’s a little video Stormfront could appreciate—if she had a soul: It’s a time-lapse clip of a “wet downburst” blowing through Lake Millstatt in Austria. And while the sight is undoubtedly sublime, it’s also a stark reminder of the awesome power mama nature wields.

Nature photographer Peter Maier captured and created the time-lapse video, which he posted to his YouTube channel. Maier released the timeless video—reported by My Modern Met—in 2018 and it has, since then, garnered 20 million views. And that’s not even taking into account views of Facebook.

The video is a brilliant demonstration of a downburst, which is a powerful, ground-level wind system that emanates from a point source and blows radially. I.e. it’s sort of like Poseidon blowing a giant, cylindrical gust of wind directly at the ground, which then blasts out in all directions upon impact.

The downburst in the video is, more specifically, a wet downburst; meaning the wind system is accompanied by high amounts of rainfall. Conversely, a dry downburst is one that has all of the strong winds, but none of the water.

Not only has “Tsunami from Heaven” been viewed tens of millions of times, but is so stunning many people originally questioned its authenticity. In response, Maier posted some of the original non-time-lapse footage to Facebook to prove the video is real. That footage, immediately above, is also quite breathtaking; perhaps even more so in some ways as it features the downburst’s glorious, crackling bellow. 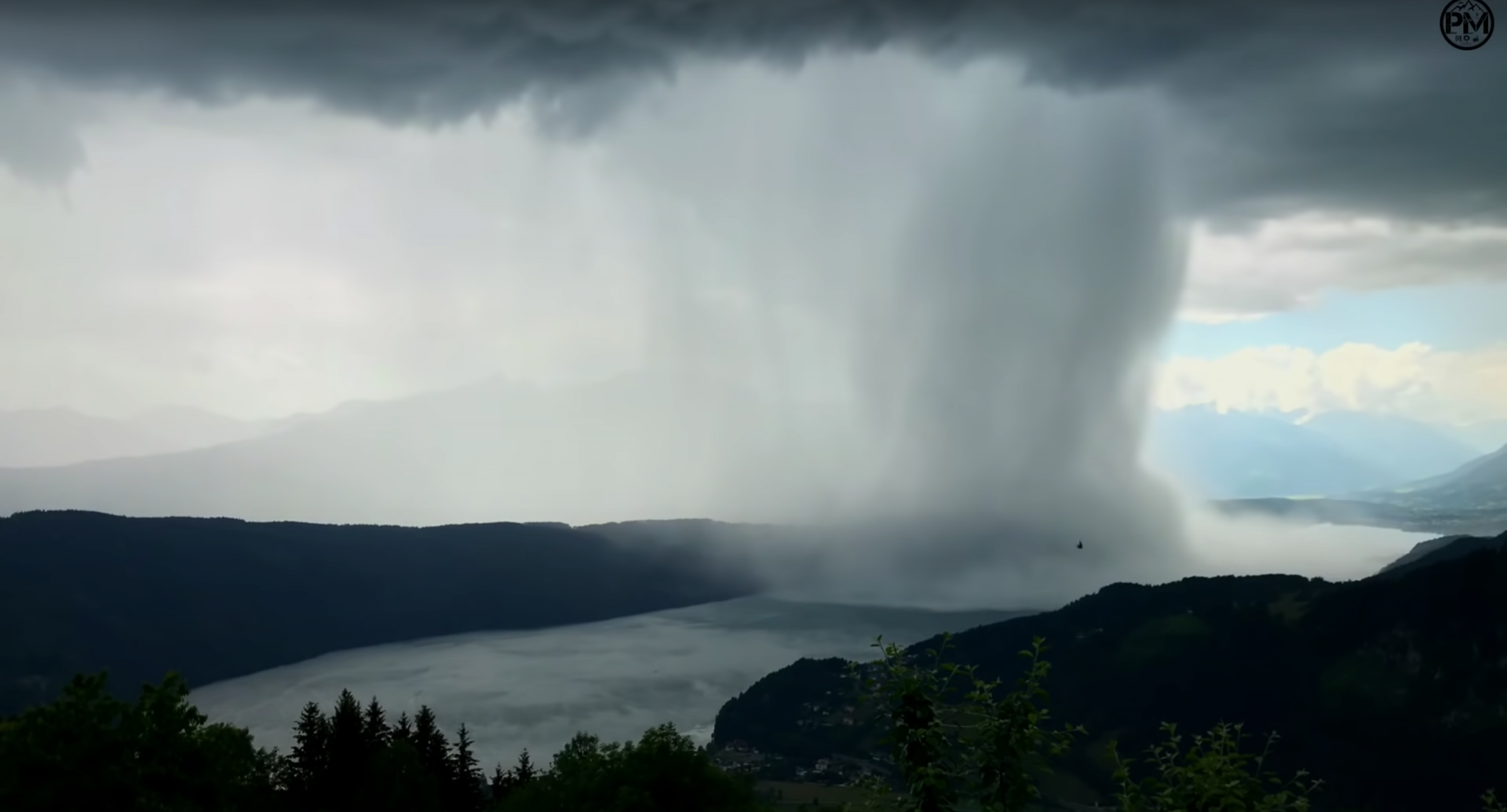 For anybody who’s now in the mood for more time-lapse nature videos, luckily, there are a lot of them. This one of a thunderstorm raging across the Great Plains, for example, will blow you away with its beauty. Stormfront would probably love this clip as well, and she definitely knows what it’s like to be blown away!