NOCTURNE and EVIL EYE Stumble as They Strive for Excellence - Nerdist

NOCTURNE and EVIL EYE Stumble as They Strive for Excellence

And we’re back with another dose of Welcome to the Blumhouse! This time, it’s a double feature about the strive for excellence. While last week’s offering—The Lie and Black Box—were fun genre efforts, they both came up a little bit short. This time, Zu Quirke’s Nocturne and Elan and Rajeev Dassani’s Evil Eye fare a bit better. But what’s the ultimate consensus? Here are our reviews for the double dose of Blumhouse fun. 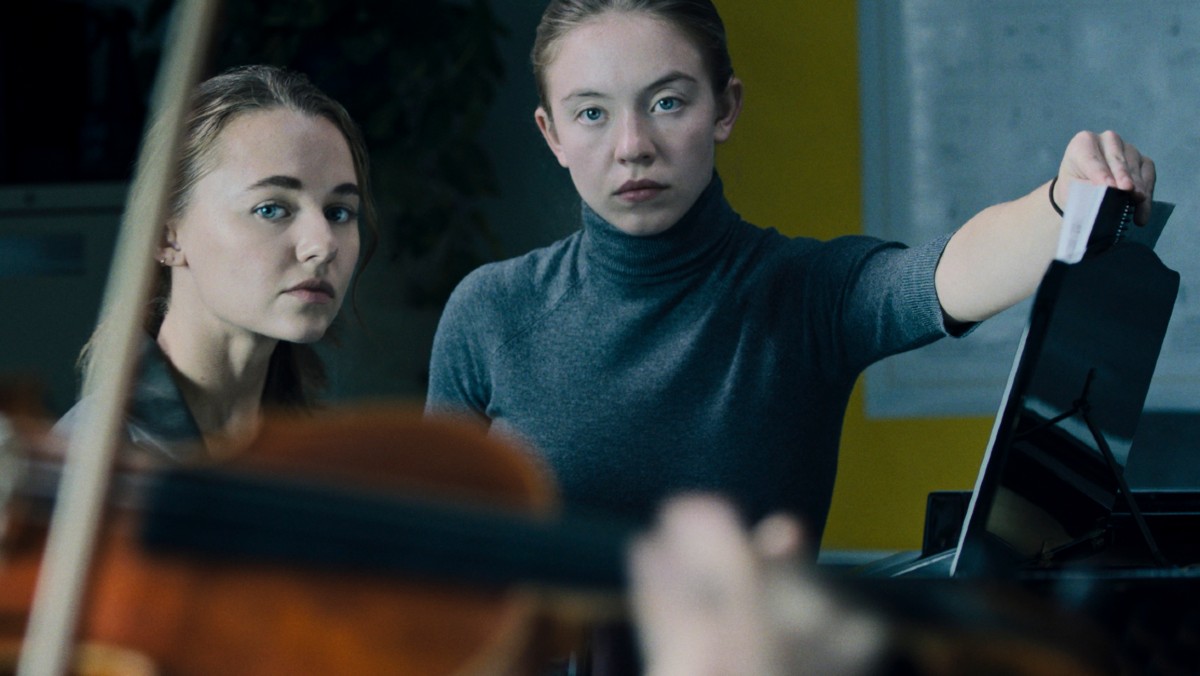 Ambition is annihilating. That’s one thing we can glean from horror movies like Black Swan and The Perfection, where striving for artistic success comes at a perilous cost. It’s an idea explored again in Nocturne, which follows two musical twin sisters as they battle to be best. The film kicks off with the eerie suicide of a piano student at a prestigious music academy. We then cut to her classmates, twins Juliet (Sydney Sweeney) and Vivian (Madison Iseman), who are about to attend their senior year at the same school. Vivian’s already been accepted to Juilliard, a bitter pill for Juliet to swallow, as she didn’t make the cut. Vivian is the more vivacious twin; she has a cute boyfriend, she’s prodigious in her talent, and she’s popular and outgoing. Juliet, on the other hand, mostly keeps to herself; she just pours herself into her music, though she never quite reaches her sister’s standards.

But then Juliet discovers the folio of the student who killed herself. It contains a number of spooky pen sketches and handwritten music. When Juliet plays the music, she finds it intoxicating and transportive. As Juliet continues to play through the notebook, she finds her luck changing. Suddenly, she’s a better player than her sister. She gets invited to parties. It all feels too good to be true. Almost…. like she made a deal with the devil.

Nocturne is perhaps the most stylist and radical of the Welcome to the Blumhouse films, and that’s thanks to Zu Quirke’s impressive eye. The score oozes along with melodic piano before electric screeches rip through. Colors vibrate and disorient. It’s a beautiful looking film that puts you right under its spell. Unfortunately, it’s a little too derivative of those aforementioned movies about ambition to stand on its own legs. It feels trapped by its 90-minute runtime; a little less, and it’d work as an excellent piece of television. A little more, and it might add necessary color to Juliet’s characterization, enough so that the final moments carried a little more gravitas. Still, Nocturne teases greatness to come, and for that, it gets an ovation. 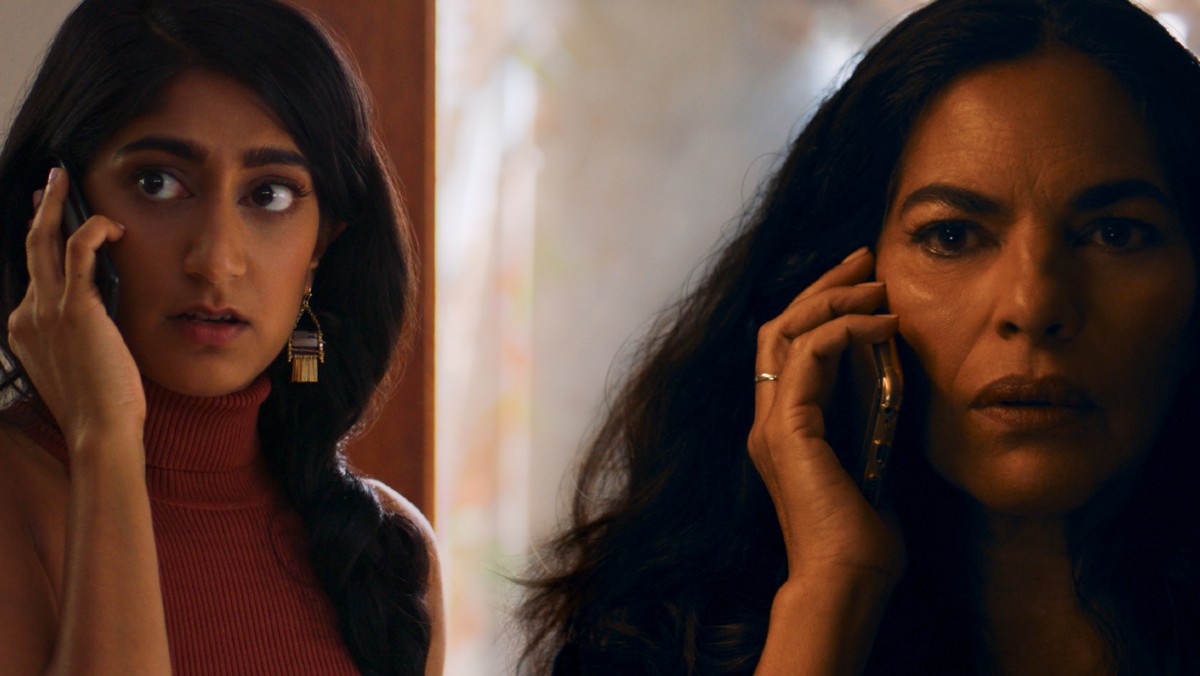 Like every entry in Welcome to the Blumhouse thus far, Evil Eye is a highly watchable film. It follows a young woman named Pallavi (Sunita Mani) living in New Orleans, whose life feels dictated by her mother Usha (Sarita Choudhury), who lives thousands of miles away in Delhi. A highly traditional Indian mother, Usha wants Pallavi to find a nice man and get married—just like the other women in Pallavi’s life who are settling down. But Pallavi isn’t her mother; she’s highly independent and very American. Still, like any child, there’s a part of her that wants to please. So she agrees to go on a blind date her mother sets up.

She doesn’t end up with her mom’s pick, but she does meet another guy instead. His name is Sandeep (Omar Maskati) and he’s a handsome businessman. Pallavi falls hard and fast for the young man, and at first, her mother is thrilled. But the more Usha learns about Sandeep, the more concerned she grows, especially as Pallavi starts giving up her independence for this man. Usha starts to suspect Sandeep has a terrifying connection to her own past, and as we all know, a mother’s instincts are rarely wrong.

Elan and Rajeev Dassani infuse Evil Eye with style and beauty. They make all of Pallavi and Usha’s phone calls fresh and interesting, both textually and visually. Their use of split screens is genius-level; it connects mother and daughter, despite their great distance. But like every entry in Welcome to the Blumhouse so far, Evil Eye struggles to make a strong impression. The twist is predictable and a little bit stale, and it feels caught between the no-man’s land of film and television. Like Nocturne, it would probably fare better as an episode of television. Which is really how I started to view this entire roster of films—as if they were episodes of an anthology horror series.

That said, I have to applaud Blumhouse for how smartly they’ve packaged these films. Both double features have felt connective and propose interesting, related moral quandaries. The films are all propulsive, fun to watch, and feature strong performances. It’s been a great time checking these films out I can’t wait to see the next four films in Welcome to the Blumhouse when they’re released next year.