The Weeknd’s new animated music video for his single “Snowchild” features the artist drifting from his world into a dark and mysterious cyberpunk reality where not everything is as it seems. It’s powerful and beautiful, but it marks more than just a blending of anime and hip hop. It was produced by the first Black-owned anime studio, D’ART Shtajio.

“Snowchild” is from The Weeknd’s fourth studio album After Hours, released in March. It’s a melancholy and moving track that serves as a journey through the artist’s career. And the song’s lyrics match up perfectly with the anime style of the video. The track talks about his “nightmares” turning into “big dreams,” and even references author Phillip K. Dick. The video’s blending of real and surreal, set in beautiful technologically advanced dystopias and twisted versions of famous locales, blend beautifully with the song’s imagery and reflective mood.

But part of what makes the music video something more (as noted by Shadow and Act) is that it comes from D’ART Shtajio. It’s the first-ever Black-owned anime studio .

Anime has long had a dearth of Black artists, and a music video for a wildly popular musician is a tremendous way to highlight why that should change. D’ART was also the perfect partner for the project, as the American-owned company says its goal is to use “traditional anime art style” to help bridge “the gap between Eastern and Western ideologies to create a truly unique and vibrant animation.”

They certainly pulled that off. 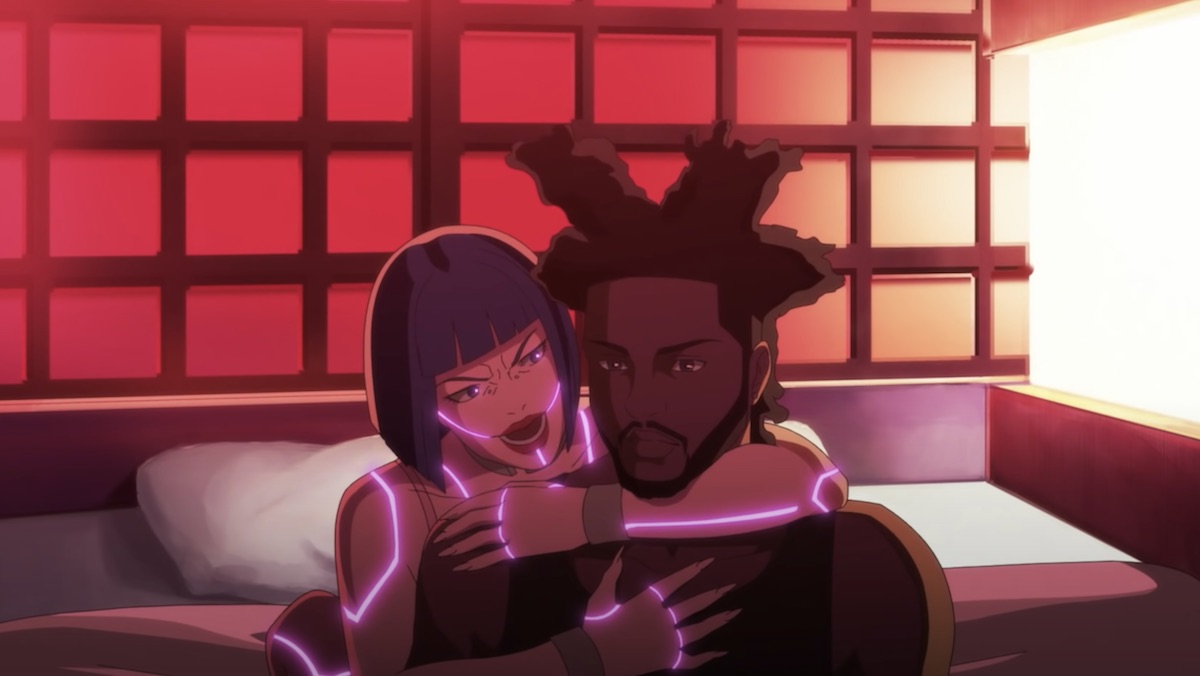 This anime video is also a sequel to the live-action video for “I Bleed Out.”

A great music video makes you appreciate the song even more. This one certainly does that. But it also makes us appreciate the studio who created it too. And hopefully that leads to D’ART Shtajio—and more Black artists—making a lot more anime.