Jordan Peele has proved himself a horror filmmaker with no shortage of ideas. In Us, Peele threw up a mirror and magnifying glass to America’s political climate as unflinching and incisive as the ones he used to examine its racial identity in Get Out. Both of those uniquely unsettling stories were amplified by the music of composer Michael Abels, whose work combined human voices and acoustic and electronic instruments to underscore both the danger and undeniable relatability of the worlds Peele created. 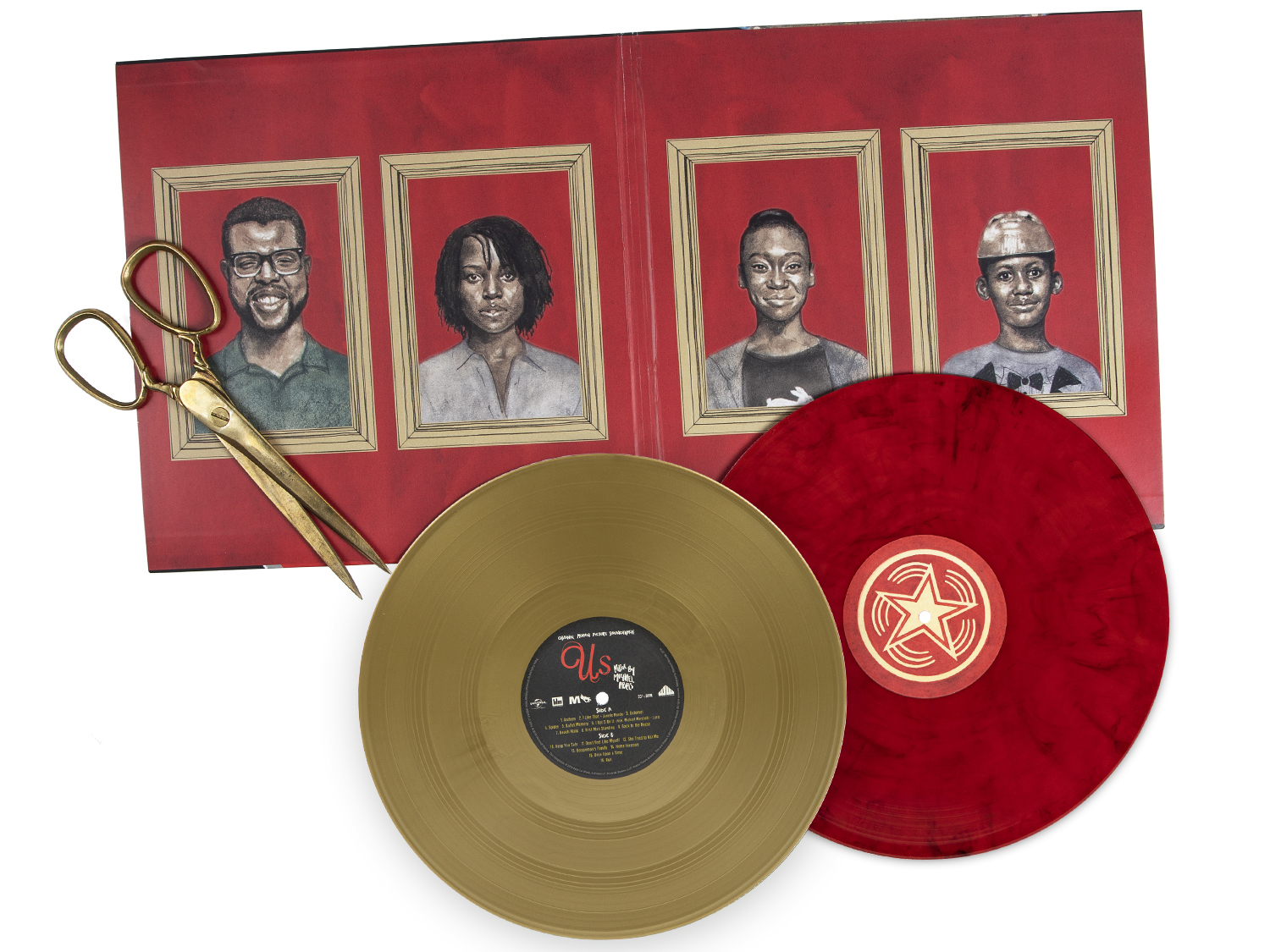 To celebrate the success of Jordan Peele’s Us, Waxwork Records is releasing a double vinyl edition of Abels’ score featuring 35 tracks, including two versions of Luniz’ “I Got 5 On It” and a handful of other songs from the film such as Janelle Monae’s “I Like That” and the Minnie Riperton classic “Les Fleur.”

Disc One will be pressed on “metallic brass” to match the iconic scissors brandished in the film, and Disc Two will be “tethered jumpsuit red.” Most amazingly, illustrator Edward Kinsella created packaging that you literally have to cut into in order to experience it fully. Slice open the family portraits on the outside to reveal their doppelgängers lurking underneath. 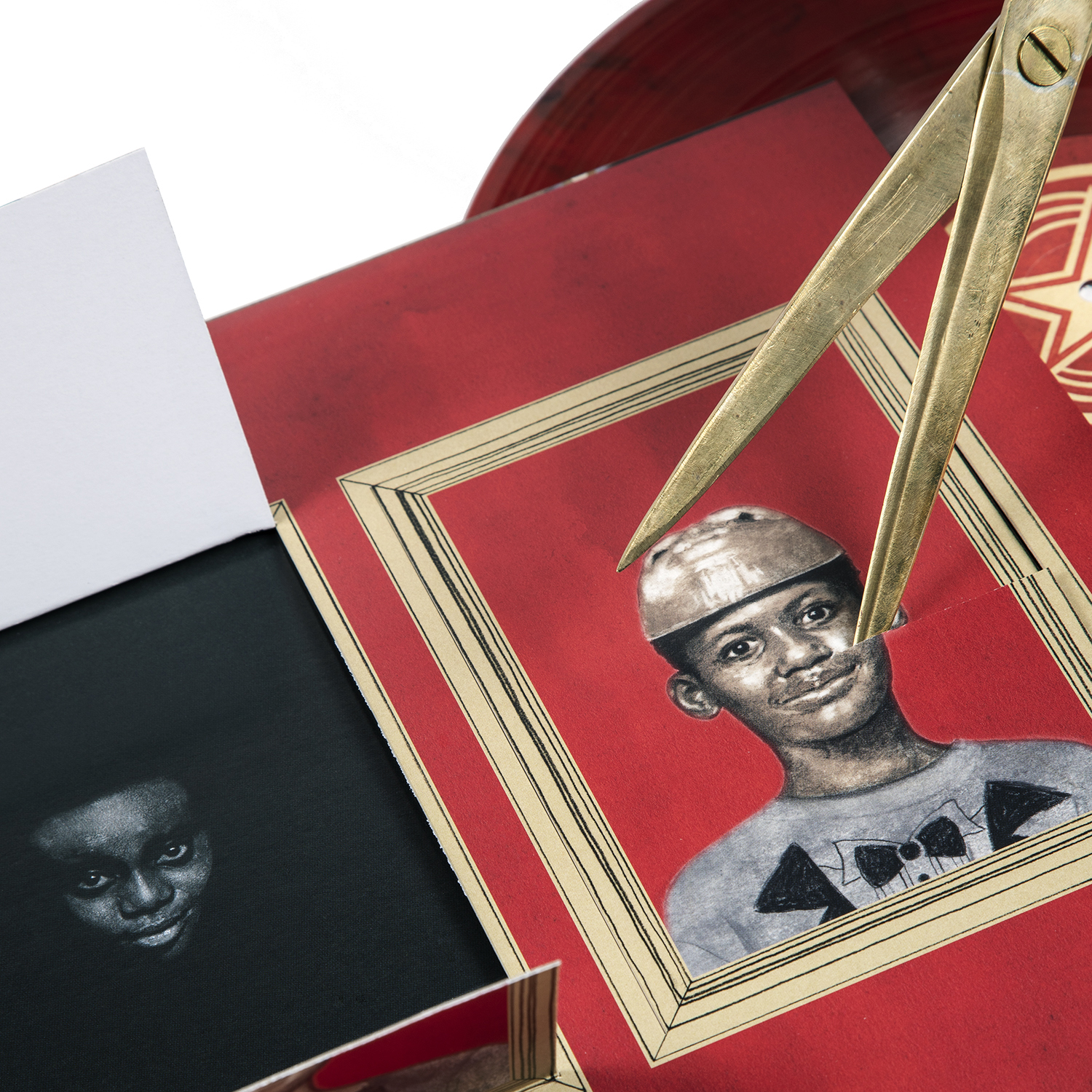 Meanwhile, you can read an exclusive excerpt from Redmond’s essay below:

Everyday terror punctuates the Us soundtrack. Routine events like “Beach Walk” and “Back to the House” become difficult, treacherous tasks when transformed into music by Michael Abels. The leitmotif of the film, “I Got 5 On It” by the Luniz, has a special power. It’s deep. It’s dark. It’s collective. It’s improper. It asks no permission and makes no apologies. The lyrics present a different world, one where people enjoy life, speak their mind, and readily contribute to group happiness. The music tells another story that reflects the threat lurking behind this freedom. Brooding bass lines and minor-key chimes play off of and reach for each other, though neither gets very far. Both melodies rise only to fall throughout the song, being tethered to one another in a static procession that forbids elevation or escape. It’s telling that the sample used in “I Got 5 On It” is a song about failed love by Club Nouveau called “Why You Treat Me So Bad”; these unruly notes are not lovable. They are disturbing.

Fans (and their Tethered companions) can order their copies starting at 12pm EST Friday, August 23, from the Waxwork Records website. In the meantime, check out clips from Abels’ score below.