Halloween is less than a 100 days away, even if you count that parent petition circling around the Internet! August is already getting us in the spooky mood with upcoming films like Scary Stories to Tell in the Dark. Today, Universal Studios upped the horror thrills with an exciting announcement. Jordan Peele’s delightfully unnerving Us will be a maze at the studios’ Halloween Horror Nights. In similar fashion to their previous announcements, like Ghostbusters, Universal Studios created a creepy teaser for the attraction.

According to the official press release, the Us maze will start guests in the creepy, 1986 funhouse from the film’s beginning. Soon after, attendees will be brought to the present day, where the Tethered arise from their tunnels and seek revenge. We’re curiously if the rest of the maze will take place in Santa Cruz or in another place terrorized by the Tethered. Maybe guests will venture into the tunnels themselves? One thing is for sure: scarers wearing red jumpsuits and snapping scissors will be a major element in the maze. 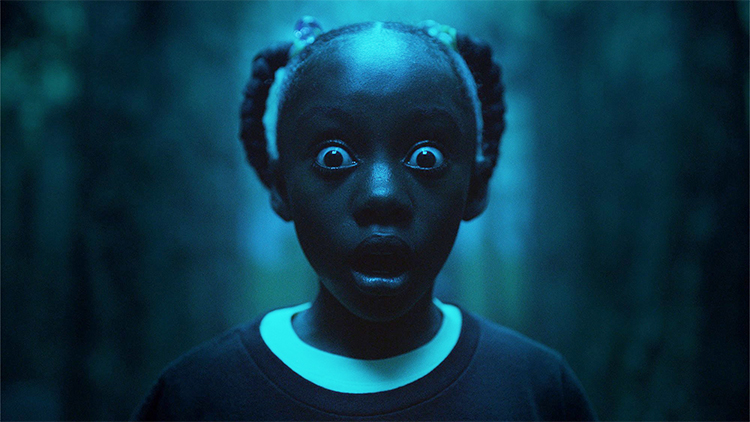 With elements of being followed and overall dread, Us is perfect for a horror maze. Besides being frightened by scarers, we’re also pretty sure we will spook ourselves by just being in the maze. I mean, we are our own worst enemy according to Us, right? Still, the Tethered will pack a disturbing punch when we do encounter them firsthand.

Lucky for us, we don’t have to wait too long to visit the world of Us. Universal’s Halloween Horror Nights will start September 6 in Orlando and September 13 in Hollywood. We’re also excited to see what the last two mazes might be. We can only hope that there’s a Hereditary-themed one, too. Can you imagine the existential dread and family tension that would pervade a maze like that? We have chills already.