Warning: This post contains major spoilers for the season one finale of Watchmen.

Watchmen had a lot off proverbial eggs to juggle in its finale. It needed to resolve multiple “vast and insidious” conspiracies in a way that also connected every major character. It had to conclude numerous plotl ines while offering emotionally fulfilling conclusions to its more personal stories. And it needed to pull all that off under the incredible weight of its own expectations and standards. The show’s first eight episodes were television at its best. The writing and acting were both sublime. Its story, full of mysteries and flashbacks, was wild, surreal, and at times totally crazy, yet it was still accessible and heartbreaking. Considering this, calling the finale “only good,” which it was, may feel like an insult. On the whole it just didn’t reach the same transcendent level as the rest of the season. But two amazing scenes did.

A major pitfall to offering so many intriguing elements on a show full of mysteries is that they all start to feel equally important. That builds expectations, fair or not, for what role they will play in a story’s endgame. Ultimately, not everything that seemed vital on Watchmen ended up mattering in the end, which did feel like a letdown. 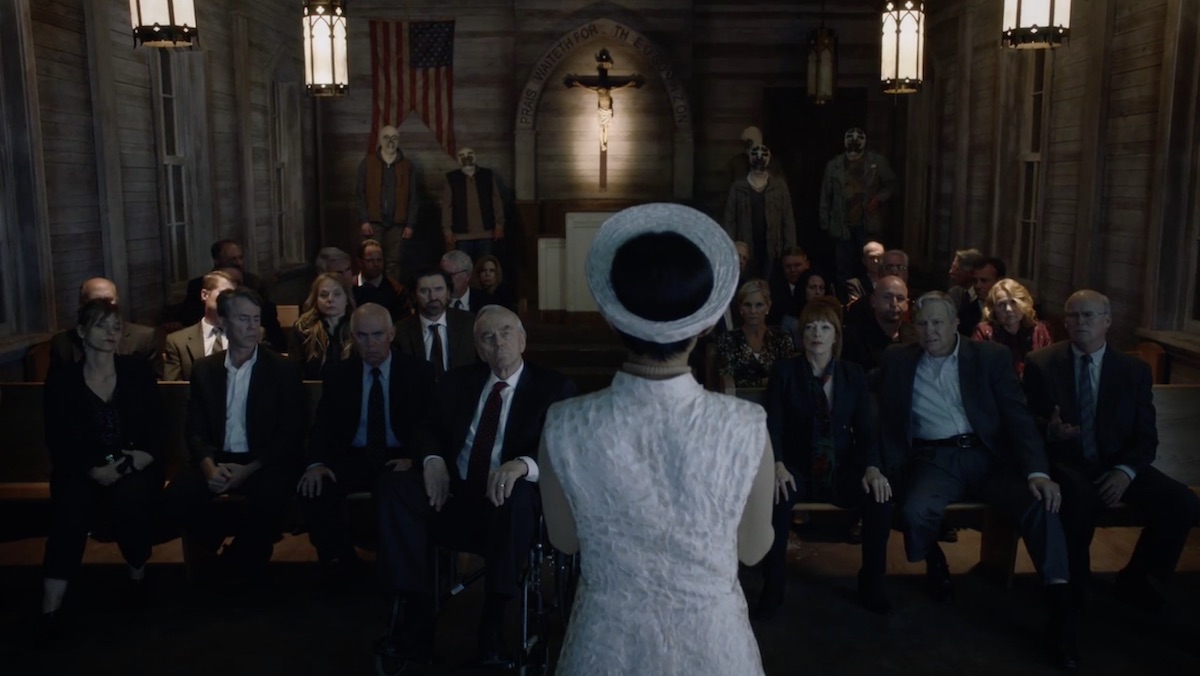 Cyclops’ mesmerism technology, which Will used to make Judd Crawford kill himself, didn’t end up proving otherwise important. Despite Will’s decades-long fight against the white nationalist organization, there was no poetic justice to their demise. They were unknowingly used by an impossibly brilliant woman, but she quickly disintegrated them once they were defeated. There was no larger payback using their own awful methods, and their scores of followers were essentially let off the hook, because there was no great white reckoning.

The gigantic Millennium Clock also ended up feeling like a red herring. Lady Trieu’s massive and mysterious structure, the one that literally loomed so large all season, was really just a big battery. All it did was power up her much smaller Manhattan-draining machine. The show did a good job combining Trieu’s plan with the Seventh Kavalry’s in a way that made sense and logically brought everyone together, but it ended up feeling much smaller in scope than what the show seemed to be building towards. 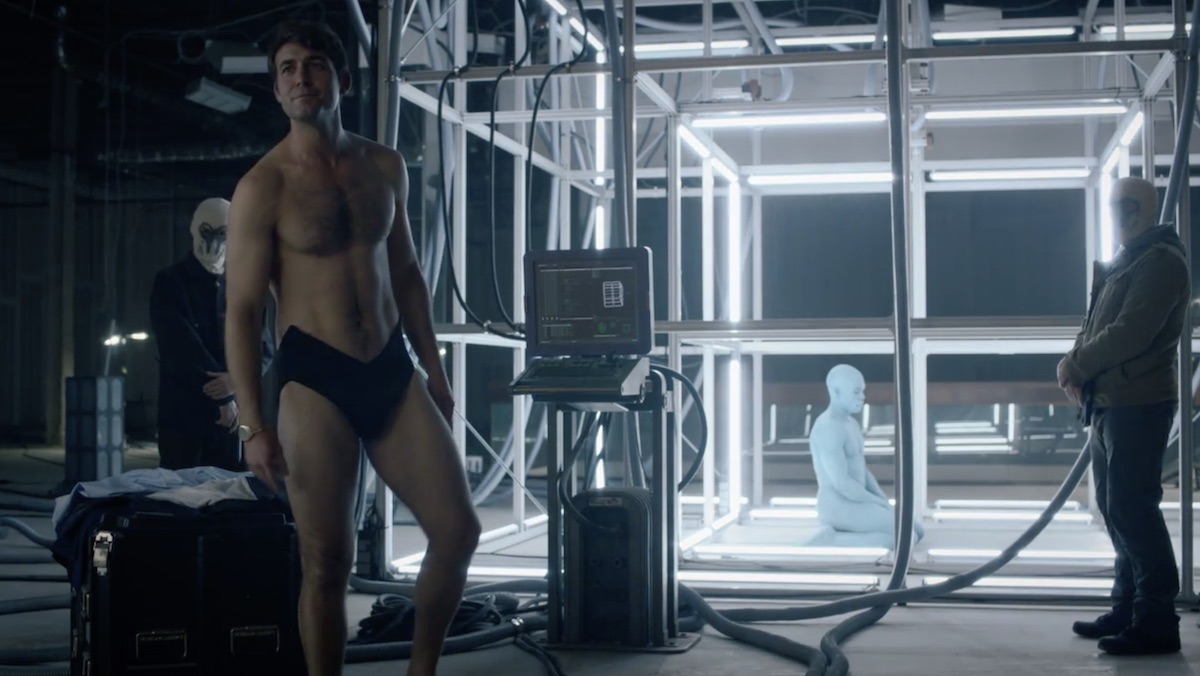 As did Lady Trieu herself. She wasn’t quite as interesting in the end as she was before we knew what she truly wanted. The series did a superb job showing how Vietnam was Dr. Manhattan’s greatest victim. And it gave us a shadowy figure named for a real-life warrior hero who fought for Vietnamese independence. Yet Lady Trieu’s plan wasn’t really about revenge, which would have made her story more personal. Her goal ended up being a classic case of someone craving power. Lady Trieu might have hated Dr. Manhattan, but her attempts to destroy him weren’t really about Vietnam. She just thought she’d be a better god than he was. She ended up feeling more like a stereotypical comic book stock character and less like the dynamic figure she had been previously.

Her demise at the hands of her father also contributed to an oversized role for Adrian Veidt. He was a huge part of this episode, and that came at the expense of two other characters who were more important figures during the season. Laurie Blake and Wade Tillman felt like minor secondary figures to a man who spent the entire season in an intergalactic Looney Tunes subplot. Jeremy Irons was brilliant again, but there was too much Ozymandias in the finale. And even if he’s finally going to answer for his squid, him getting a chance to legitimately save mankind first seems like too good a fate for him. 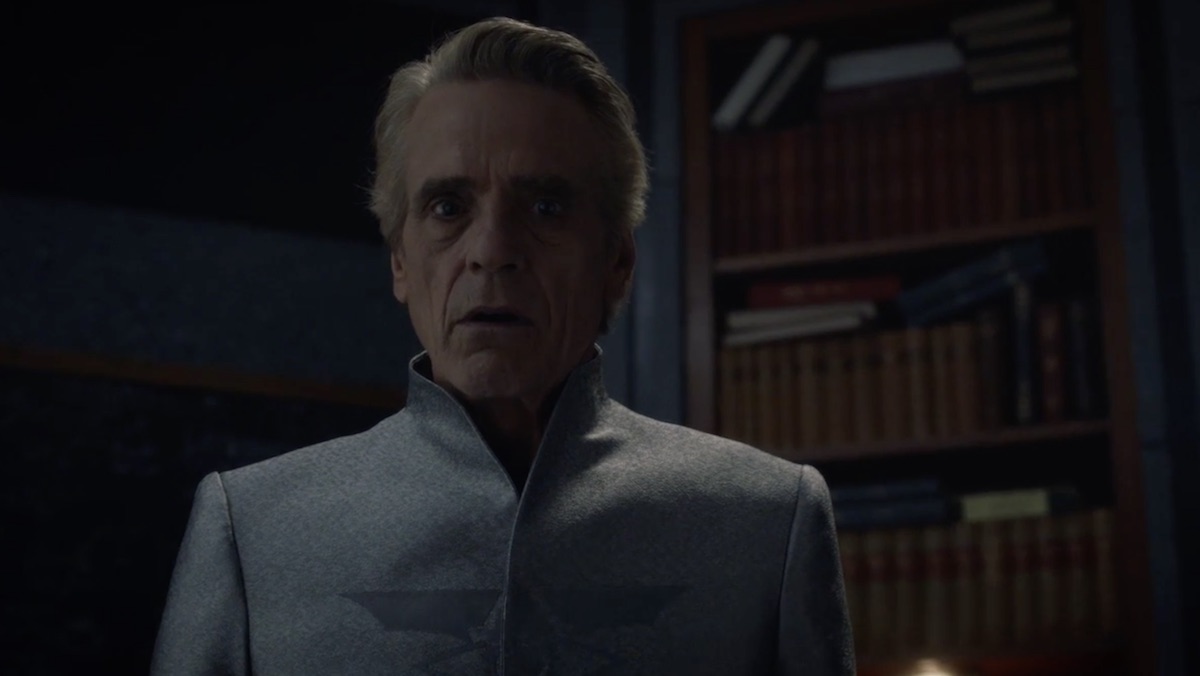 But these complaints are all relative to the show’s previous excellence, which created an incredibly high threshold to live up to. The Millennium Clock ended up being a Millennium Ball, but it was still a cool plan to kill Dr. Manhattan. And all that time on Europa with Ozymandias did matter in ways that made sense both plot-wise and thematically. This was a good finale that featured outstanding acting, logical conclusions, and some beautiful cinematography.

The most personal elements of the episode were also its best. The conclusion to Dr. Manhattan and Angela’s relationship was tragic and beautiful. He always knew being with her would lead to his death, but he didn’t care. It was worth it, and it might have left the world in a better place. And while he used his godly powers to send others away to safety, his human side made him keep Angela nearby. He didn’t want to die alone. 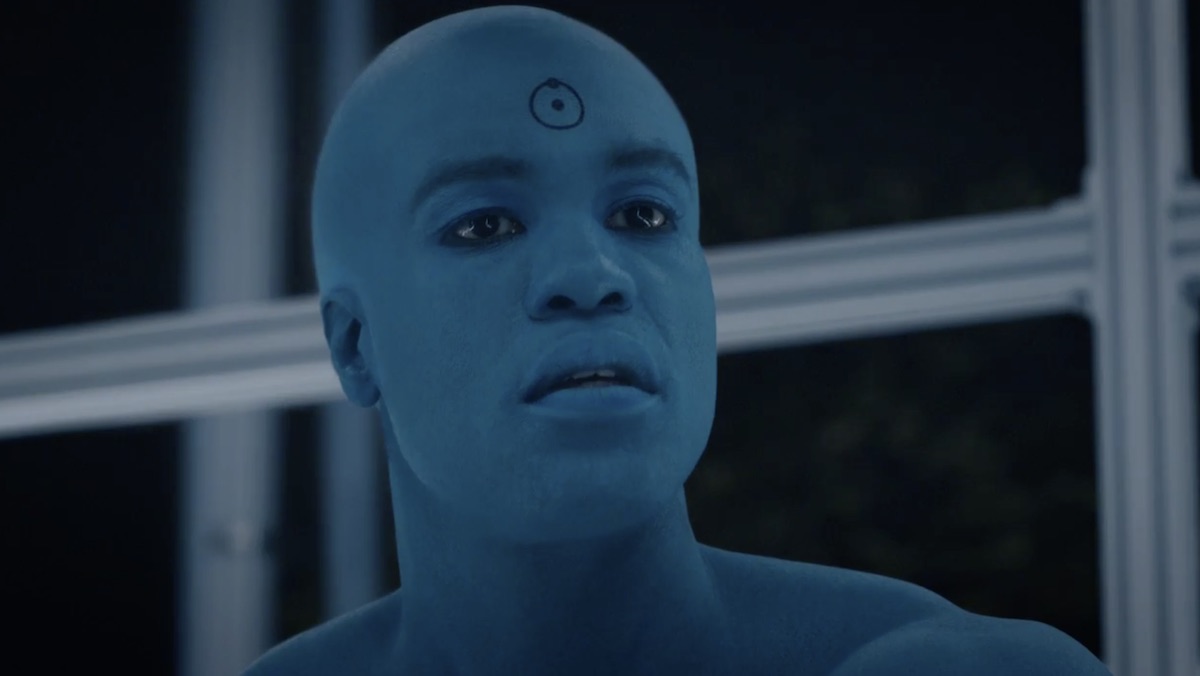 In his final moments, the man cursed to experience his entire life all at the same time finally got to enjoy that power. As his life truly flashed before his eyes, all he felt was love; all he saw was Angela. It was as powerful a moment as any during the season, which was no easy feat considering many there were.

Yet, somehow, just a few minutes later, it was matched by Angela and her grandfather’s scene in the theater, which rendered the emotional weight of 100 years of pain and fear and anger with quiet dignity. Will’s story ended where it began, and it came with a family that had been stolen from him long ago. Angela was finally able to open up and let herself feel all the emotions she had been covering up her whole life. Two superheroes took off their masks and let the other one see them for what they really were, good and bad. 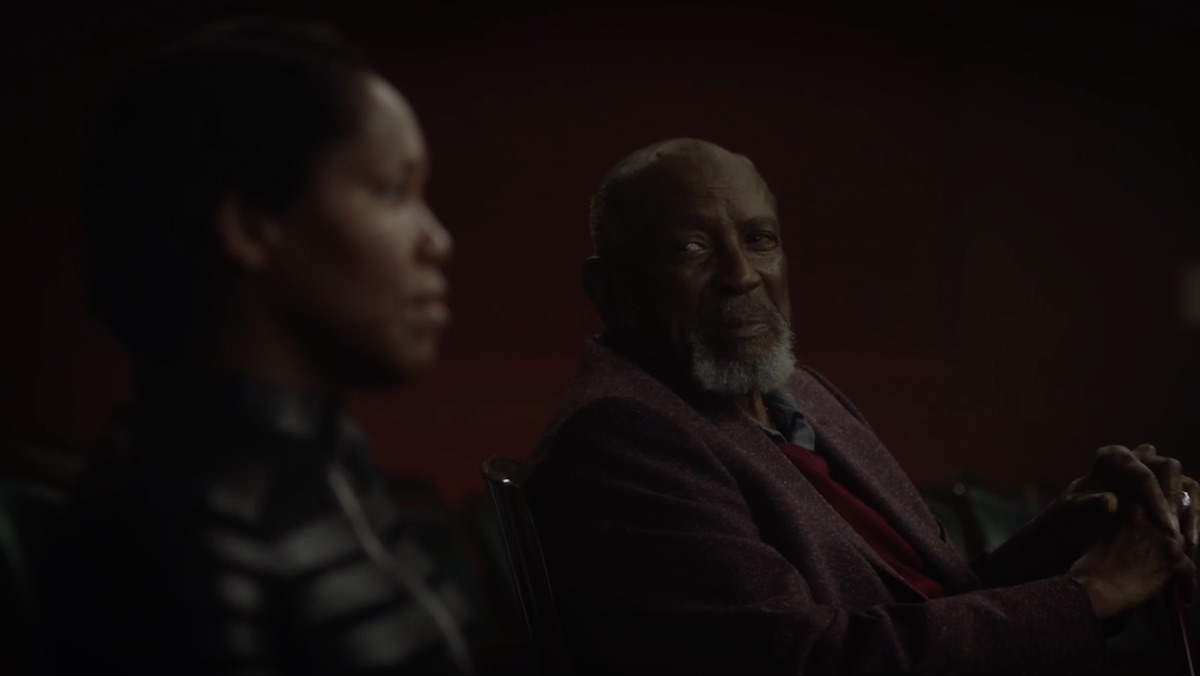 Even if nothing else had worked in this episode, those two scenes with Angela would have made it a success. They were Watchmen at its absolute best, and a fitting and worthy end to what was a great season of television.