Warning: This post contains major spoilers for Watchmen‘s fifth episode. Be like Looking Glass and shield your brain. 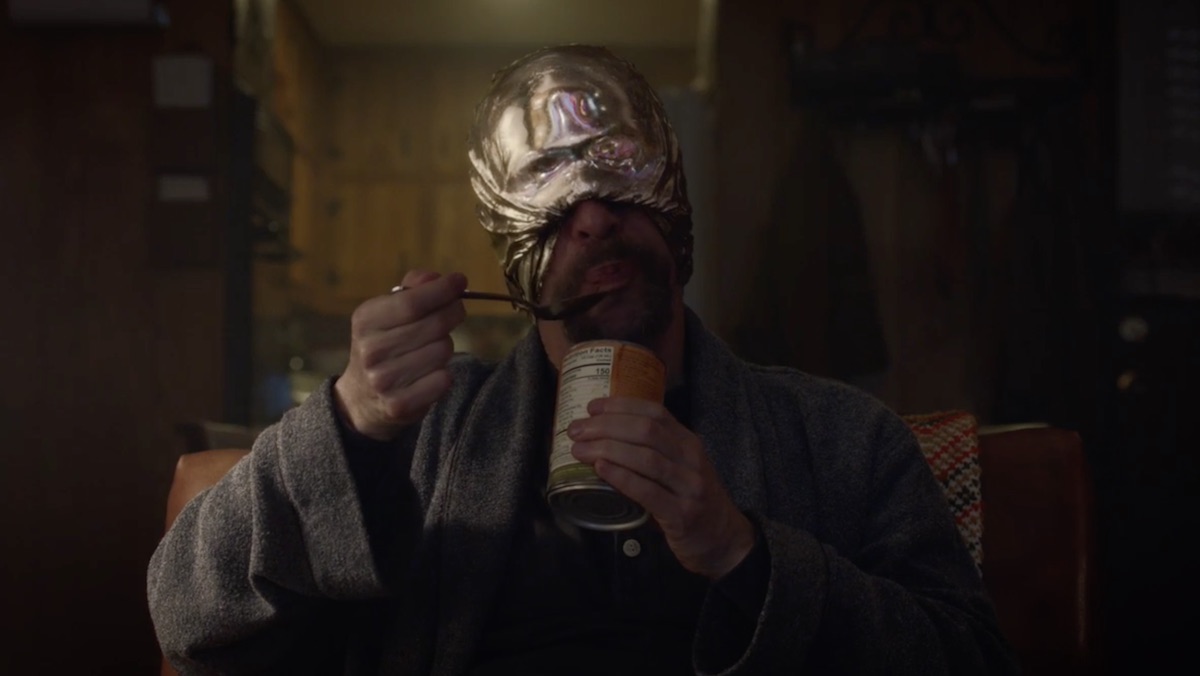 Watchmen‘s flashback to the giant “alien” squid from Alan Moore and Dave Gibbon’s graphic novel was the show’s most powerful scene yet. It made Adrian Veidt’s surreal and incomprehensible disaster—where a literal monster killed three million people—feel more real than ever before. Rather than a historic event that informs the show, Ozymandias‘s squid now shapes everything about it. And how we experienced that catastrophe, through the eyes of a young Looking Glass, has re-framed the entire world of Damon Lindelof’s sequel series.

Through its first four episodes, Watchmen has felt like a logical, authentic, and compelling followup to the comic. It has also seamlessly included countless Easter eggs that show a true love for the source material. Even its new characters and stories have direct ties to the comic. They feel original as opposed to adaptations; a testament to the series’ writing. The show has told a story both engrossing on its own while also referential. But there’s an inherent limit to how much a live-action series set in Tulsa can connect to a comic book set in an futuristic New York City in 1985. It’s hard to empathize with people, no matter how real they are, if a monster squid defines their entire existence. 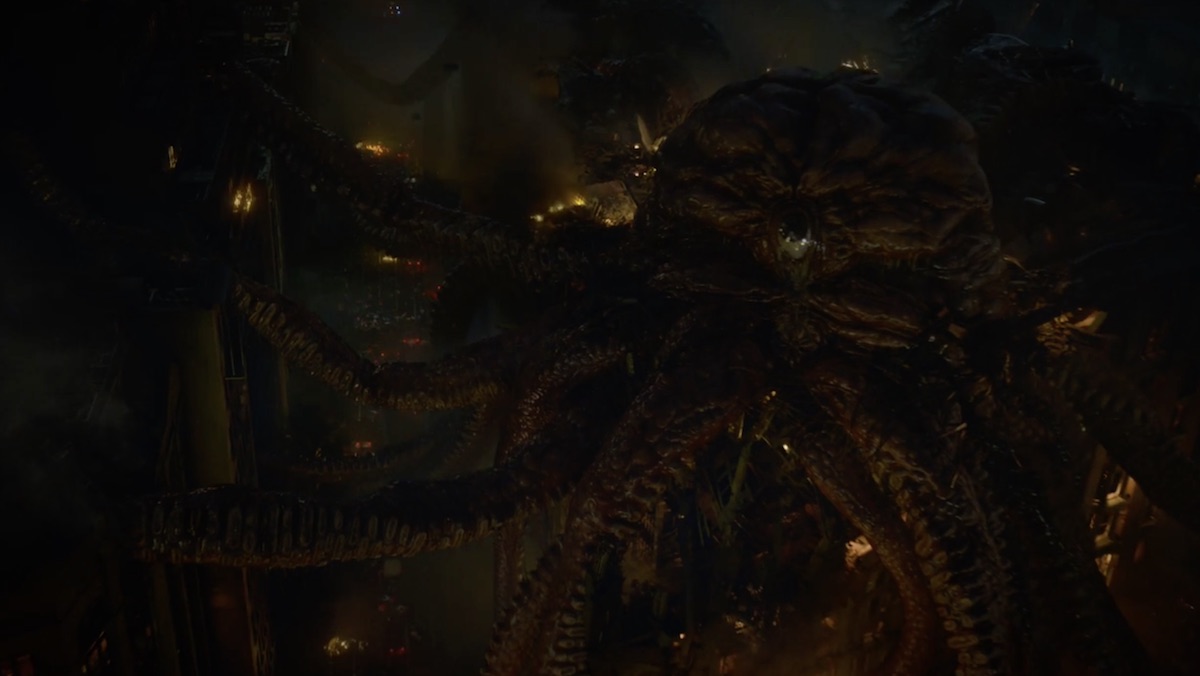 By letting us share the experience with young Wade Tillman, that barrier has been erased. Now we know why he’s Looking Glass. We know the terror of feeling the squid’s psychic shockwave; to have your head ripped apart from the inside. We walked out with him to find the unimaginable, the dead forever frozen in a final look of agony and fear on their face. The horror of what Adrian Veidt did that night truly came to life on the series.

And now we really understand how that event has haunted the world since. From those who were there personally to those who grew up in the squid’s shadow. There are those who try to ignore that threat by stoically cleaning baby squids off their windshield, and there are those who think of nothing else but a giant squid landing on them. But that “reality” is ultimately inescapable for both groups; everything in the world is built on and around that one moment. 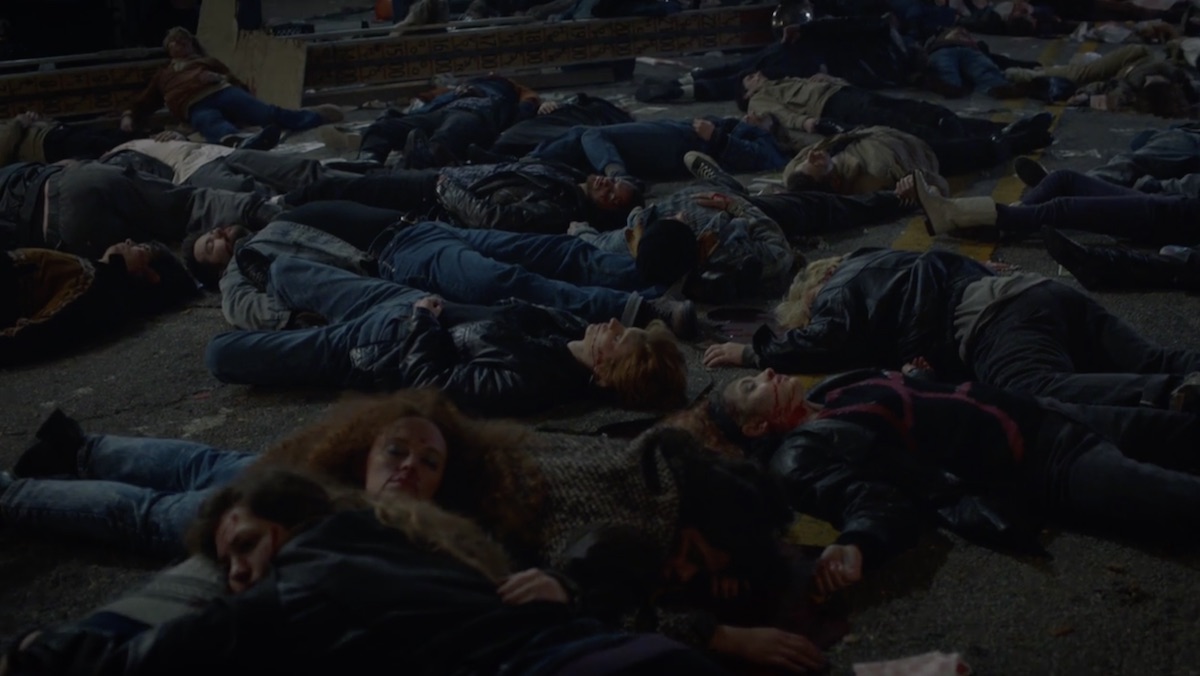 Detective Wade Tillman can’t forget what happened. He can’t stop running his own squid alert tests. He can’t stop wearing hats with the reflective material that seemingly saved his life in 1985. His fear and his obsession cost him his marriage. It’s also why he became Looking Glass. His alter ego doesn’t protect his identity from others; it protects his brain from a monster that has never left it. Everything he does and everything he has become stems from and is defined by the night of November 2, 1985.

Adrian Veidt wanted to save the world. The cost wasn’t just three million souls, it was the peace and happiness of everyone on Earth forever. The man Wade Tillman was before the squid didn’t survive that night. That naive, young missionary died. He was reborn a scared person who can’t enjoy the world he must live in now. How many billions in the world of Watchmen are living the same sad existence? What good is peace without the freedom of fear? 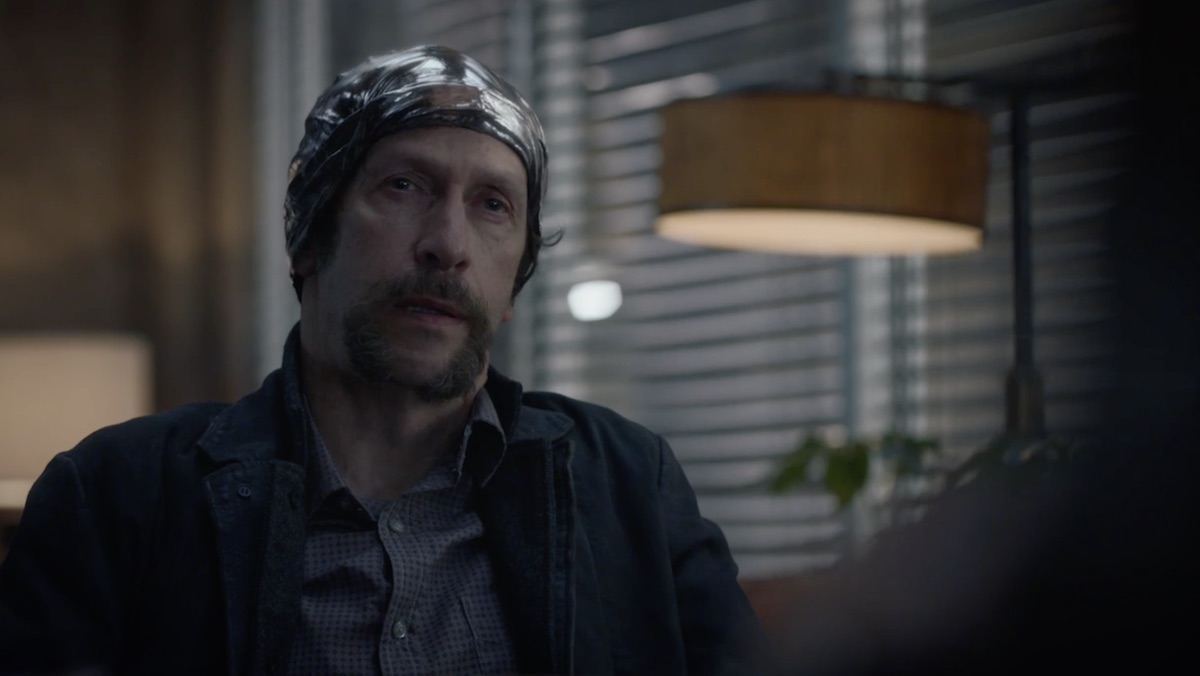 By letting us experience the squid attack, and by showing us how it serves as Looking Glass’s own sad origin story, everything on Watchmen has changed. Every character, every event, every lie, every scheme, and every strange moment ties directly to that event with an intimacy that wasn’t completely there before. No one in this world can escape the squid, and now we can’t either.

Even Looking Glass’s other job as a human lie detector goes back to that night. He foolishly allowed a young girl in the fun house to trick him and humiliate him. And that, more than the 7th Kavalry or Lady Trieu, makes the end of the episode so terrifying. Wade Tillman has dedicated his life to two things since 1985. One is protecting himself from another squid; the second is knowing when someone is lying to him. Now he knows the squid was a lie, a lie that destroyed his entire life and left him and everyone else paralyzed for 34 years. 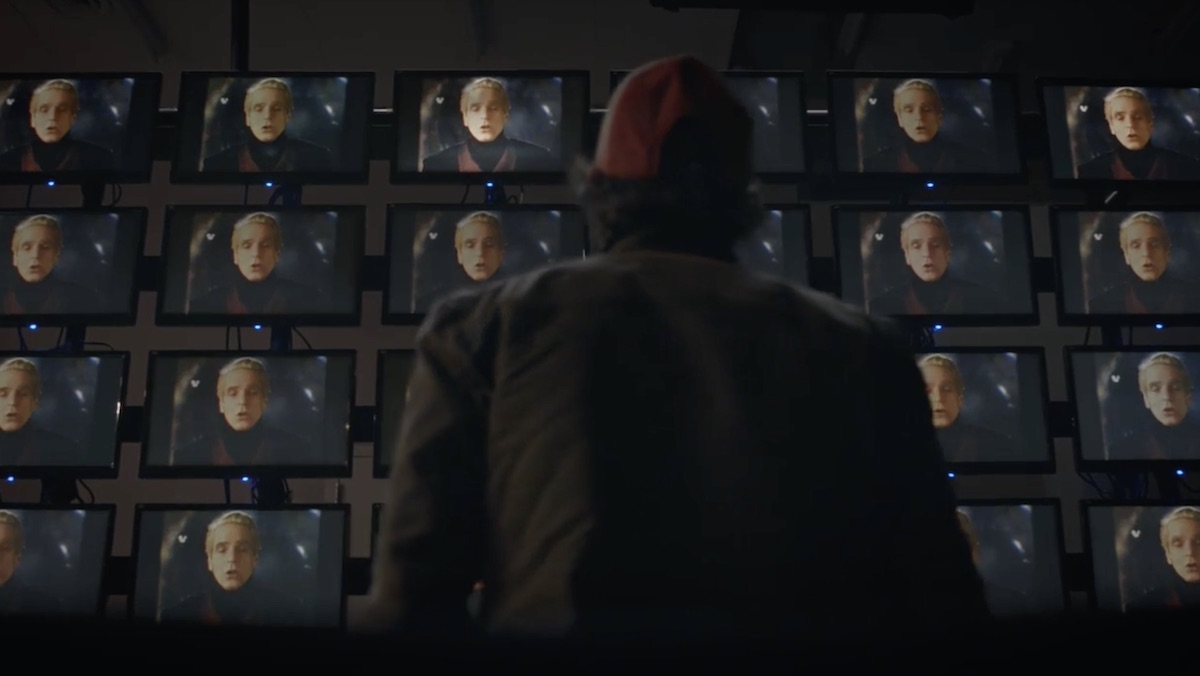 The first thing Wade Tillman did when he learned the truth was betray his colleague Angela. And that was without fully believing the squid was fake. What will become of an otherwise good man if he accepts that Adrian Veidt’s monstrous deception was the real attack on him?

How will the the rest of the world of Watchmen react when they learn the truth too? The answer could be more catastrophic than the squid ever was.