The Umbrella Academy is back for more action in just a couple of days. The highly anticipated superhero series left fans in a lurch with a mind-blowing end to its first season. Now, Netflix is giving fans a sneak peek into the first moments of season two. This absolutely wild sneak peek is only a couple of minutes long but there’s already so much going down.

The previous Umbrella Academy trailer gave away the Hargreeves siblings new location in the 1960s. And, as usual, there’s no where they can be that won’t become even more perilous. The opening minutes show Five making his landing while calling out for a couple of his siblings. It’s November 25, 1963, and the Soviet Union is attacking the United States.

Of course, Five is right in the middle of the dangerous action. People are dying, buildings are crumbling, and tankers are all over the place. He asks himself what the hell they did to the world before Vanya appears (as the White Violin) and stops a missile. Yes, she’s still an incredibly powerful force despite time traveling to the past.

Suddenly, the whole Umbrella Academy gang appears in their unique ways, including Allison using her whispering powers to literally blow minds. It will be interesting to see what happens to Allison as the season progresses. Why will she stop using her powers? Klaus fans will also love seeing him command a ghost army and do some Matrix like moves himself. 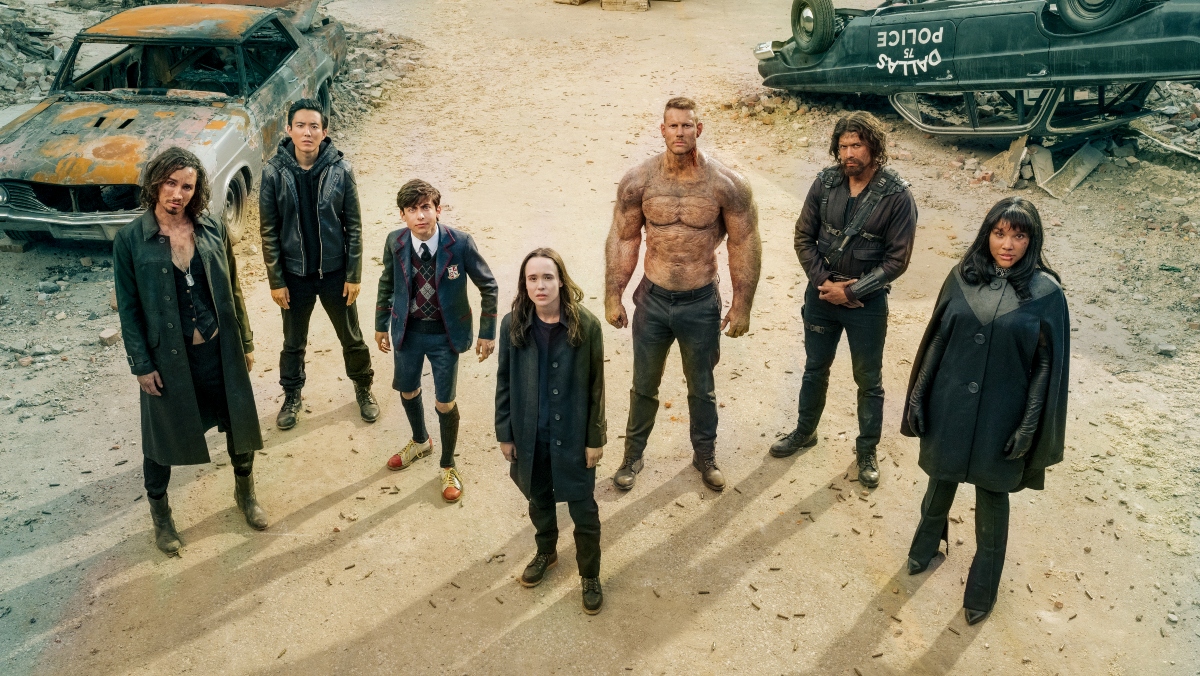 The end of clip sees Five disappearing with Hazel to parts unknown while his siblings watch. Oh, and everyone else gets blown up before the title card appears. Did we honestly expect anything different?

The Umbrella Academy‘s second season will surely be an explosive ride as the siblings try to save the world… again. What will it take to prevent an apocalypse? The only way to find out is by tuning in.