Watching Sully made me break out in a cold sweat. It didn’t matter that it was just a movie based on a real story about a plane that landed safely. Seeing a recreation of people thinking they might crash was enough to unsettle me. But that film is nothing compared to this very real, absolutely terrifying clip of a student pilot navigating an emergency landing after losing his engine mid-flight.

VASAviation shared this cockpit video (which we first saw at Laughing Squid) of the final harrowing moments of pilot Brian Parsley’s first solo cross country flight on May 22. The problems began 12 miles out from the airport. At first he thought that “ carb ice” was causing his engine issues, so he took “appropriate measures” to deal with it. That included starting his plane‘s onboard camera so he could show an instructor in case it happened again. That’s how he captured the nightmare that followed when he lost power to the single-engine Cessna 150 plane as he neared the airport.

Fortunately he was able to stay calm enough to remember his training and land in a nearby field. Parsley shared his story in another video, which is slightly easier to watch since you get to see him safely sitting in a normal chair on the ground.

You don’t have to be a pilot to understand what causes his engine to fail. Parsley explained that his biggest mistake happened before he took off:

“The aircraft ran out of fuel and this was 100% my responsibility at the end of the day. I did do my flight plan, checked fuel, and all necessary checks prior to leaving. It’s also worth noting I’ve flown the same route with my instructor without refueling prior. So using this assumption and the fact I did my flight planning correctly I flew. This was the wrong decision and the biggest takeaway for me. I will get fuel going forward every time I land regardless of what gages state or distance. That mistake could’ve cost a life. This was more than just a ‘near death’ experience. It was an incredible learning opportunity for others as well.” 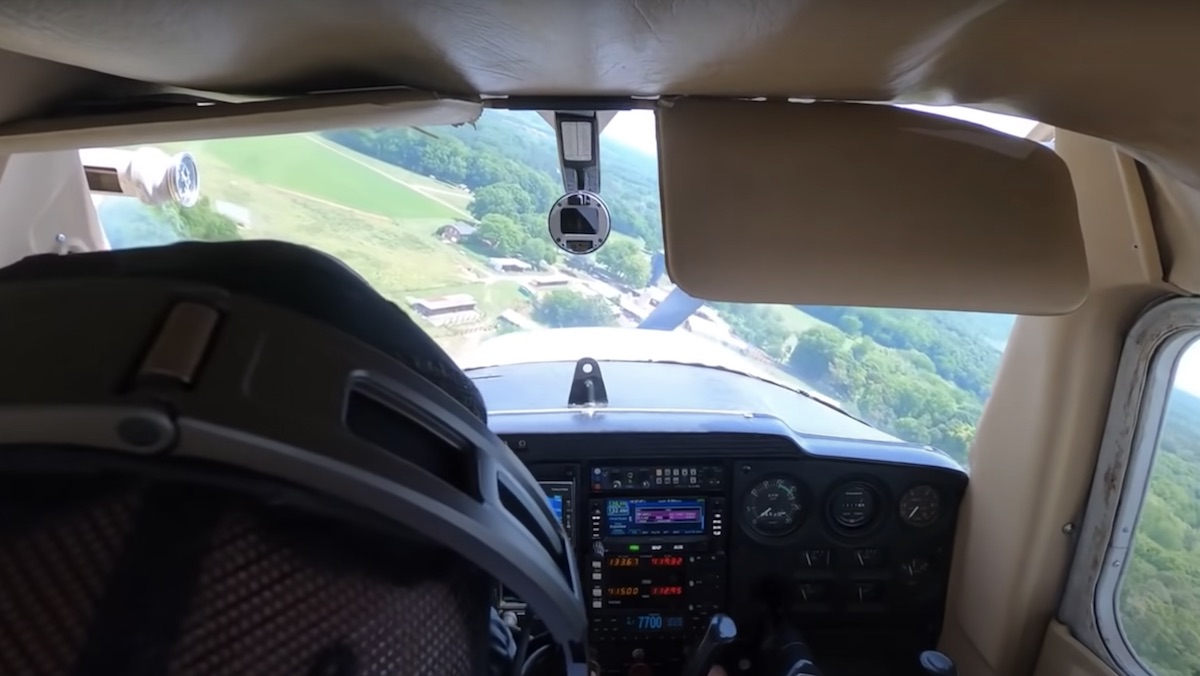 This was also an incredible learning opportunity for me. It’s obvious that I really need to keep a towel nearby for the cold sweat I get when watching videos of planes making emergency landings.