Roy Kent is not a real person. He’s a fictional character who plays for a fictional English soccer club on a TV show. I know all of this and yet I also know I would kill to protect Roy Kent from harm. Both physical and emotional. That’s why his is the only sports jersey in the world I absolutely must own. And now I can. Warner Bros. has launched an official web store for Ted Lasso and his team. 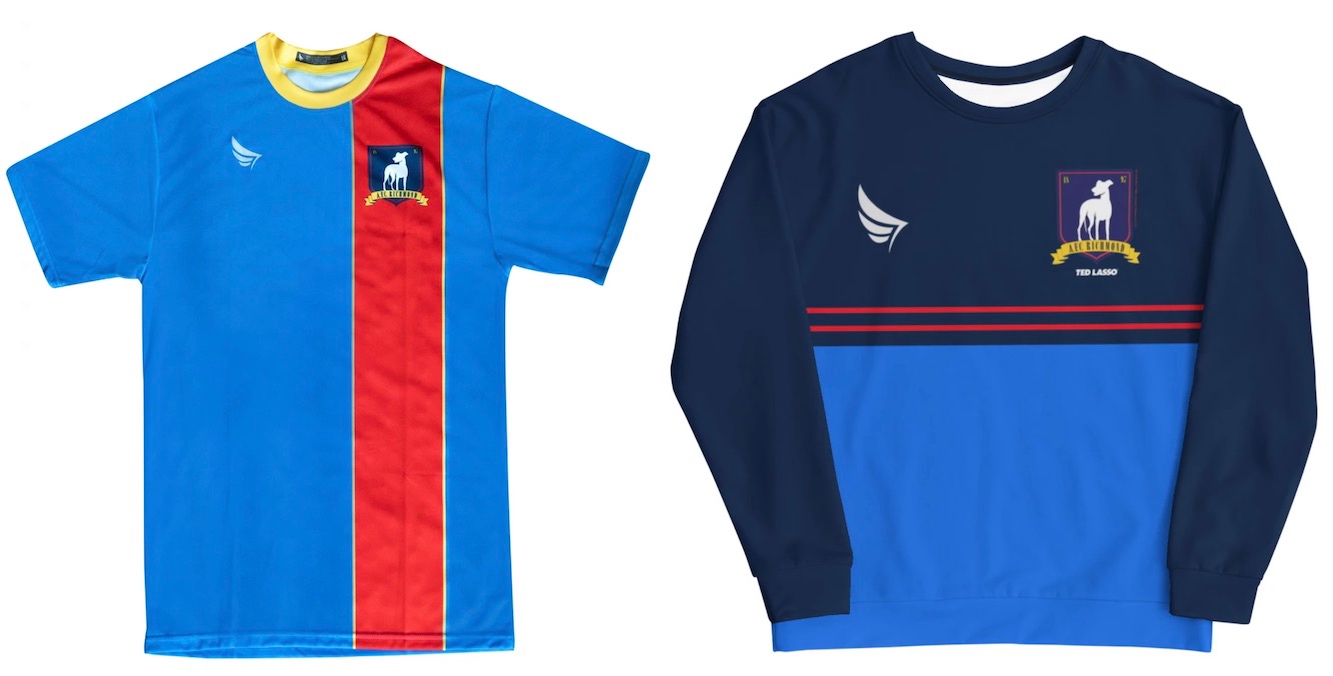 Warner Bros. Consumer Products and the WBShop.com’s new AFC Richmond Shop will let fans of Jason Sudeikis’s hit Apple+ TV series bring home apparel and merchandise for both Ted Lasso’s team and for the show itself. The online store is the only official retailer for AFC Richmond jerseys, hats, shirts, and more. That includes ordering a custom blue jersey ($59.95). You can put your own name and number on yours. Or you can do what I will be doing and ordering a “Kent #6” replica.

In addition to plenty of sweatshirts, tees, and tank top styles and colors to choose from, you can also order an embroidered AFC Richmond cap ($33.95), like the one the coaches wear. Or you can bring home a team blanket, laptop decal, or mug with the club’s sherpa logo. And to celebrate your new team gear you can toast with a sharp-looking 17-ounce AFC Richmond pint glass ($15.95).

For those looking to show off their love of the show itself, you can also order a bevy of collectibles that pay homage to the series. You can choose from apparel, drinkware, and bags in different designs. Select pieces say “Ted Lasso,” while others have a drawing of the head coach holding some tea. (Which we know he won’t actually drink.) Other items feature his words of wisdom, like “be a goldfish” and “smells like potential.”

And, of course, there’s also “I believe in believe.” But those with a sweet tooth might want to grab some “Biscuits with the boss” merch. They also have a drawing of his iconic little pink boxes of homemade cookies. 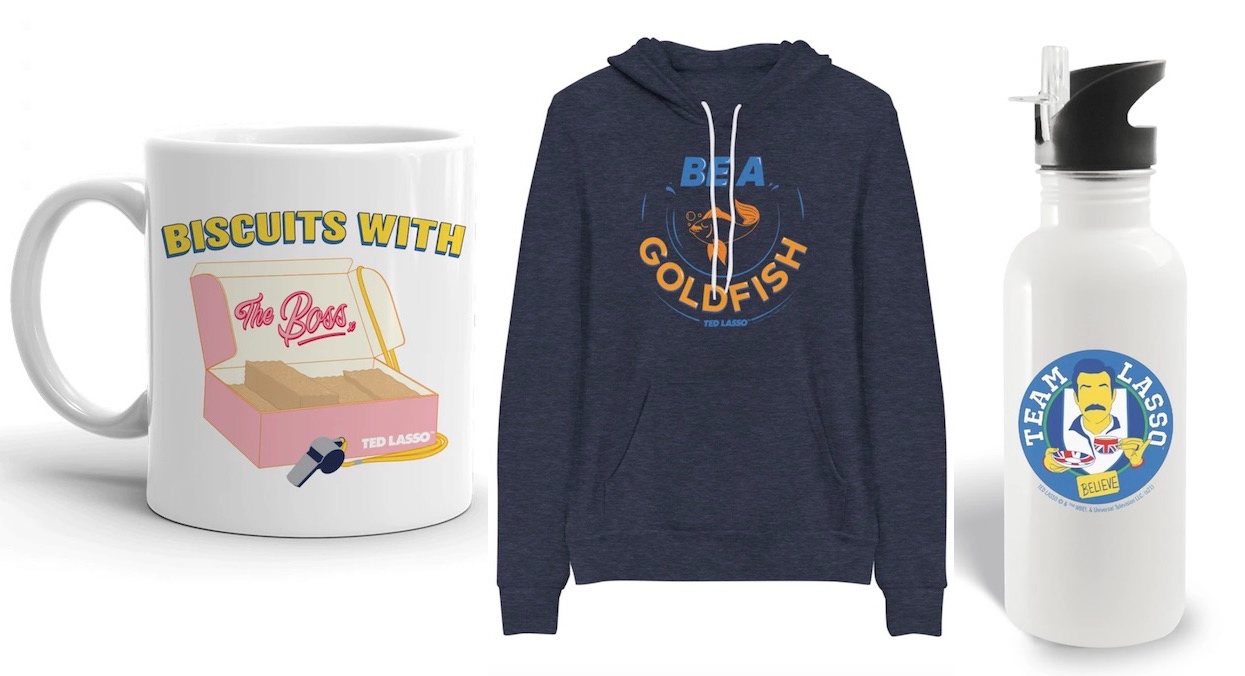 The site launched the same day Apple released a new season two trailer. The show returns on July 23. Roy Kent’s playing days look like they are finally behind him. But that doesn’t matter. I still plan on wearing his jersey. He might not be real, but my love for him is.