I love Jason Sudeikis. I also love his old commercials about an American football coach hired to manage a European soccer team. And yet I did not think that Apple TV+‘s Ted Lasso would be that good. Nor did I trust every single rave review. Even though they made the show sound like the best thing since barbecue sauce. But I finally watched the first season. And now? I believe in Ted Lasso, one of television’s best shows. And while I didn’t need anything to get me hyped to return to the pitch, the new season two trailer is utter perfection. Because you can’t beat the winning combination of Ted Lasso and Queen (and David Bowie).

After their relegation in the heartbreaking season one finale, AFC Richmond has high hopes of a dramatic comeback. But first they have a lot of work to do. The trailer teases an unfortunate run of ties, a struggling Dani Rojas, and a little visit from Ted’s tough love alter ego “Led Tasso.” Interestingly, there’s little of Roy Kent, who was on his way out of the premiere league in season one, in the trailer. And nary a glimpse of Jamie Tartt, who we last saw boarding the Manchester City team bus. We refuse to believe we’ve seen the last of the chaotic young superstar, however, so we imagine he’ll reappear when we least expect it.

It’s a pretty welcome time for a new trailer. The first dropped during a historic week for European Soccer. One most fans dubbed an historically disastrous one. The biggest clubs have announced they’re forming a Super League (no, really, that’s the actual name). It was a short-lived effort that would have consolidated more money and more power to the sport’s richest teams. In a move that effectively would have ruined the world’s most popular sport forever.

It’s all pretty awful. Which is why Apple TV couldn’t have picked a better moment to release a trailer for season two of its feel-good hit. Ted Lasso, Coach Beard, Rebecca, Keeley, Roy, and the rest of the AFC Richmond club is back to rock you. All with some help from Queen’s iconic anthem and a never-ending supply of positivity. 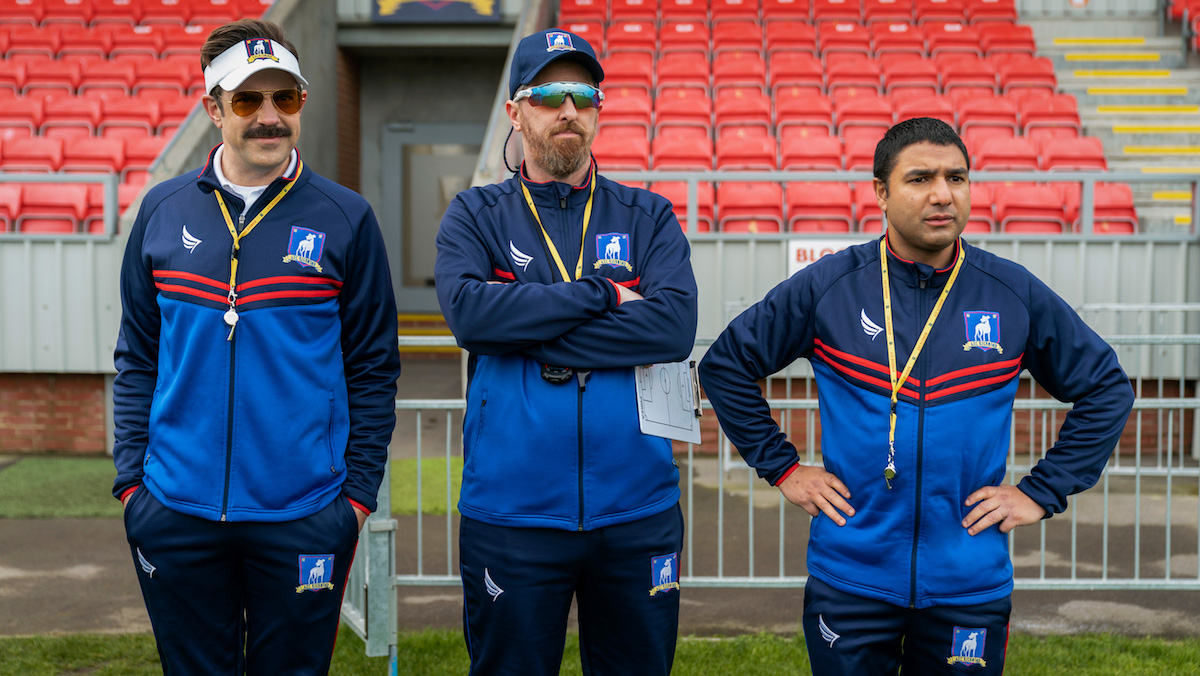 Season two, which thankfully won’t have to worry about ramifications of the Super League, will see the team trying to make its way back up to the top division. But this trailer shows they’ll face some problems in their quest. Mainly too many ties. In an effort to change their luck, they hire a sports psychologist. Ted likes to play that role with his players, so it’ll be interesting to see how the two get along. Especially since she doesn’t eat sugar and isn’t interested in his biscuits.

But we’re interested in everything Ted Lasso does. He makes the world, both of the show and ours, a better place,. And you better believe I’ll be watching when season two premieres on July 23.