Warhammer 40,000 Heroes of Black Reach is a funny product. This one is a wanderer, stuck between worlds and attempting to find its way. It’s a miniatures game but it’s not. It’s a sequel but no, it’s not. It’s a wargame but…well, it is indeed a wargame.

Let’s break it down. 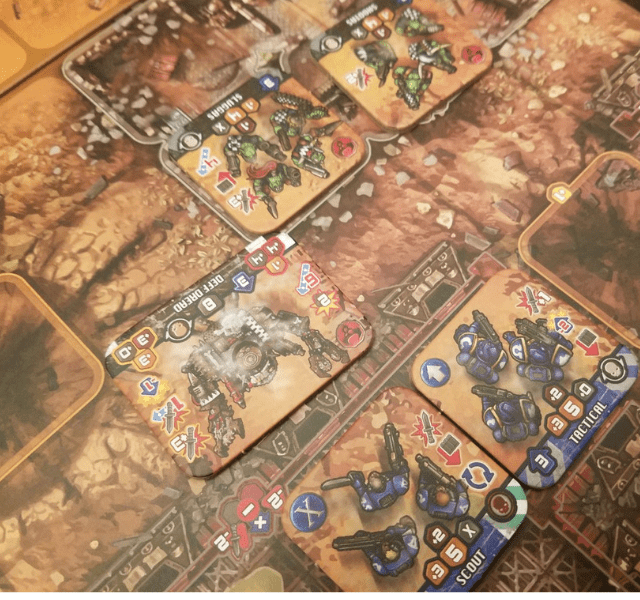 First off: it’s a seamless reworking of the 2014 Devil Pig Games release Heroes of Normandie. This was a tactical World War II squad-based thriller with a rapid pace and strong presentation. Heroes of Black Reach is virtually the same system. It boasts that enticing activation mechanism, a plethora of beautiful 2D units spanning Ork and Adeptus Astartes forces, and enough carnage to break your jaw.

You will activate a subset of units each round in a hidden order, pushing them forward across one of the gorgeous tiles depicting a broken ground. Asymmetric cards provide moments of drama, allowing you to boost rolls or pull off surprise maneuvers.

This is a bit of a Euro-style hybrid of thematic gaming. It broadly exists as something akin to traditional wargames such as Combat Commander or Advanced Squad Leader, but it’s much simpler and direct than those offerings. It does suffer at times from an excessive amount of icon baggage and some haphazard exceptions to its multi-phased rules.

One of the key factors offering flavor is an angle of capturing the heroics of individuals. There are character options for both forces in the box and this melds well with general Warhammer sensibilities. They can have a significant effect on the overall narrative and are an outright force to be reckoned with. 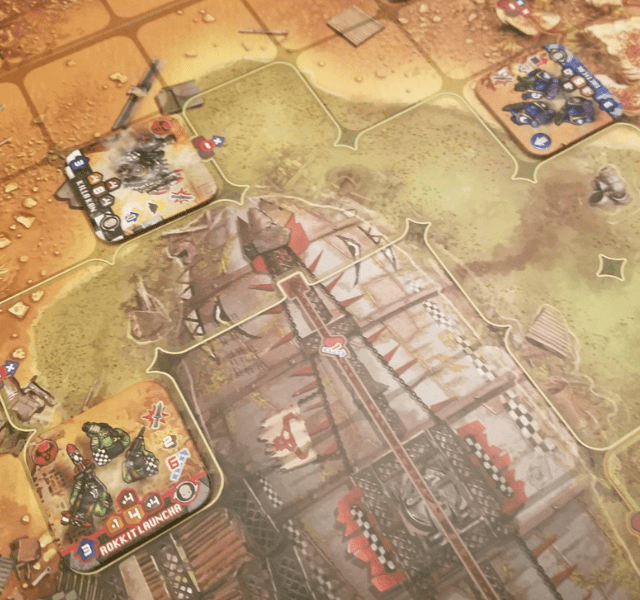 Supporting the leadership options are a number of unit choices. Each individual soldier does not cost points; instead, you build your army through sub-groups which breaks the process down into more sizable chunks. This is important as you don’t need to spend time doodling with paper and a codex to get your fighting formation up to speed.

The fundamentals here are powerful. It offers a sleek 60-minute experience that allows you to field a moderately sized Warhammer 40K force for a fraction of the coast, and perhaps more importantly, the space. We have no painting and no foam trays, just bright cardboard ready to shred other bright cardboard.

There’s a dedication here that definitely appears sincere. This setting is not slapped on or phoned in. Units feel as they should. Armor functions as you’d expect. Everything falls into place as if it was designed by a fan of the miniatures game and all is right–well, everything except for the odd lack of suppression ability on the Ork shootas squad.

Those engaging this system will find it most rewarding by committing to a deep dive and exploring the included campaign of scenarios. There’s a grand story waiting to be told and it bears some nuance, nuance that’s paralleled in the sometimes heavy nature of the interlocking systems. If you can find a partner willing to commit to such an endeavor, the experience is one full of reward and gratification. 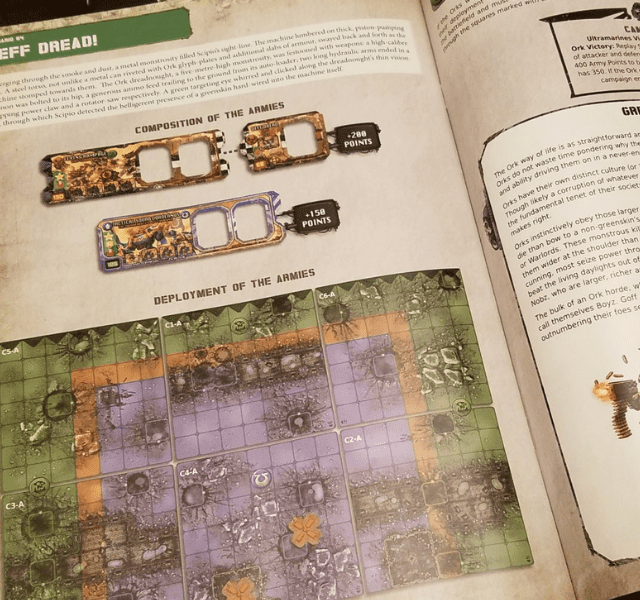 Yeah, I’m not ignoring the life-sized squig in the room. There is a burning set of questions associated with such a release that must be answered: the most prominent one being what’s the philosophical purpose of such a release? Why not just play 40k?

That’s a tough one to crack. Of course, there’s the challenge of modelling and painting, but one key aspect of Heroes of Black Reach is that this is very much a board game and will appeal to such a crowd. There’s no measuring, you don’t have to collect or research your own force list, and the scope is nearly entirely contained. I say nearly because there are additional units you can pick up to expand your battlefield options.

This appeals for the same reason Kill Team found its mark–it lets us engage this phenomenal setting in a new and interesting way. You can experience armies, characters, and color you may otherwise never touch. The barrier to entry is shattered as you only need an hour and some change to get acclimated. It’s all very inviting and an easy sell while giving those of us who love the setting another precious hit.

The game itself is quite good, although the rules are of course not identical to 40k. This is very much its own thing built on the bones of pre-existing success. It’s been given new musculature and skin to fight a never-ending war in the 41st millennium. Heroes of Black Reach is a release to be reckoned with and one that fulfills its promise to offer something familiar as something new. 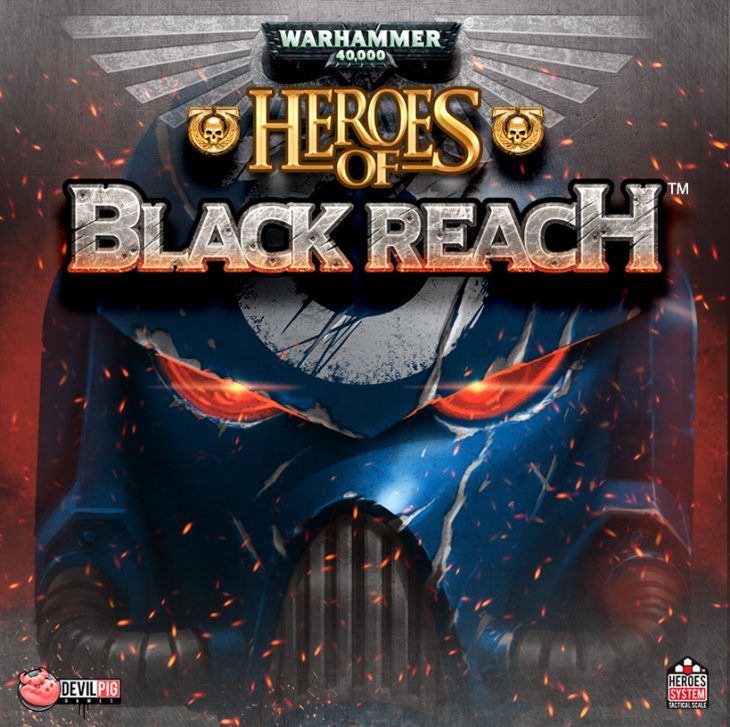