How WANDAVISION Paid Homage to THE SHINING - Nerdist

How WANDAVISION Paid Homage to THE SHINING

The series finale of WandaVision had a lot of ground to cover. Your mileage may vary on how successfully it tackled its various loose threads. Were your personal theories correct? Or did the conclusion disappoint? There’s bound to be a lot of discussion in the coming days and years about how the first Marvel Cinematic Universe television series played out. And how it paved the way for the next phase of MCU storytelling.

But if there’s one thing I think we can all agree on, it’s how brilliantly WandaVision deployed Easter eggs. From subtle sitcom references to comics nods, the show really did it all. There’s was something for everyone. Even if you don’t know Marvel comics history, you might have picked up on The Brady Bunch and Bewitched references. Maybe Agnes’ broach caught your attention. Even the promotional posters had teasers for the finale.

My personal favorite nod came in the WandaVision finale. It’s a subtle one, but I think it speaks to larger implications about the show. And even possibly where the MCU might go from here. Here’s how WandaVision paid homage to the horror film The Shining in the finale, and what it might say about the entire series we just watched.

Spoilers for the entirety of WandaVision and The Shining.

WandaVision ended with a few big bangs and a nice wrapping up of its major arcs. Wanda harnessed her Scarlet Witch powers to defeat Agatha Harkness, who now lives under Wanda’s thumb as Westview’s permanent nosy neighbor. The town’s citizens are free, and pretty pissed at Wanda for keeping them in lockdown. It’s something she acknowledges and takes accountability for. Wanda also bid farewell to her version of Vision, a physical manifestation of her grief created in part by the mind stone.

In a post-credits scene, we see that Wanda fled to a secluded cabin near what looks to be Wundagore Mountain. The camera zooms over water and a mountainous terrain; it’s a shot that is almost a direct mirror of the opening scene of Stanley Kubrick’s 1980 horror classic The Shining. Just as that film hones in on the haunted Overlook Hotel, WandaVision leads us to Wanda’s new isolated home. 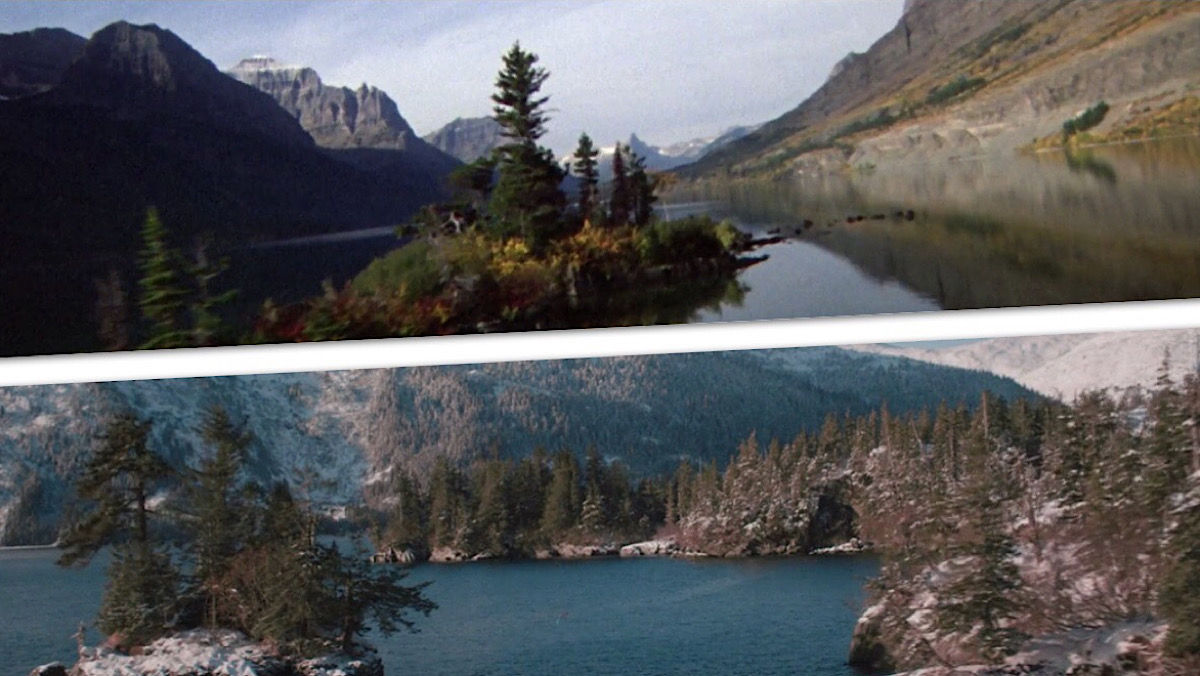 And that’s not the only nod to The Shining we noticed in this new location. When Wanda leaves her porch and enters the cabin, we see a set of windows to her right. They appear bright and sunny, as if they open to her backyard. 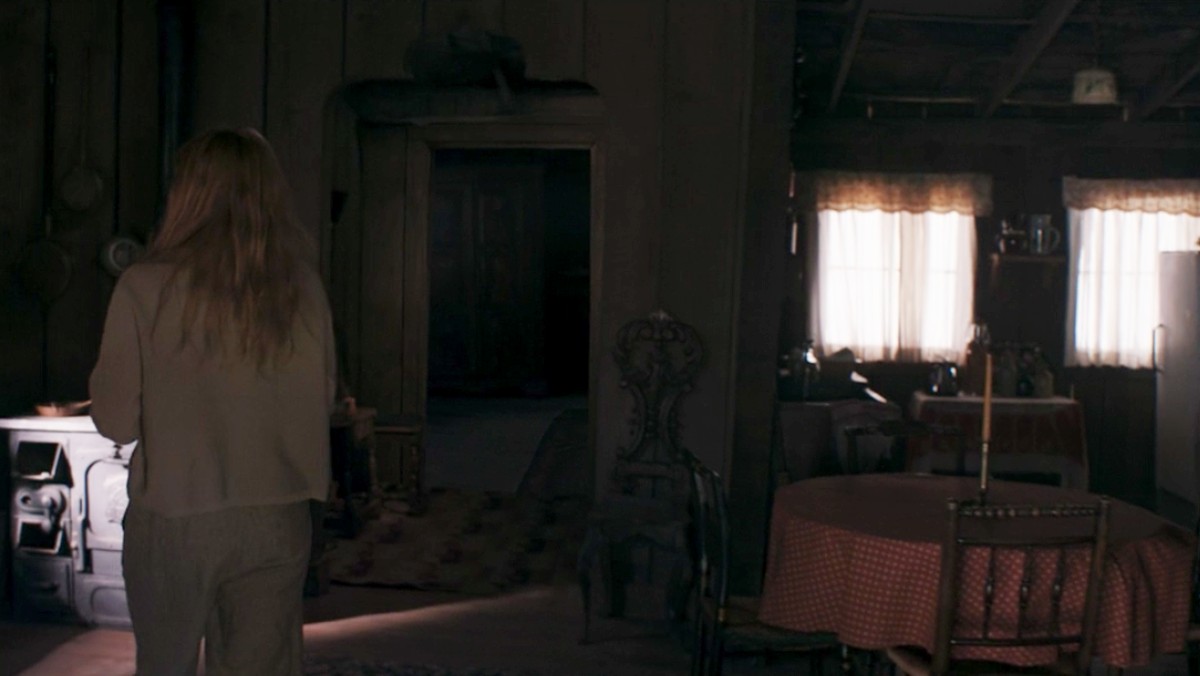 But when the camera pans down the hallway and turns a corner—revealing an astral projection of Wanda reading the Darkhold—we see that there’s actually a room where that backyard view should be. It’s a pretty blink-and-you’ll miss it moment, but it actually recalls a very famous anecdote from The Shining. Early on in the film, Jack Torrance enters the Overlook Hotel and is guided through the lobby and to the office of general manger Stuart Ullman. The windows we see behind Ullman’s desk also reveal what looks like an outside view. But given what we saw of the hotel’s layout just moments before, this window is an anomaly. It shouldn’t exist, as it wouldn’t face the outside.

This “impossible window” is a famous and oft-discussed example of Kubrick’s purposefully frustrating Overlook Hotel layout. There are other abnormalities in the hotel’s design, including doors that lead to nowhere. It’s all meant to disorient, as the Overlook is a mystifying, labyrinthine place that evokes Jack Torrance’s descent into madness.

Maybe the “impossible window” in WandaVision is merely an accident, but it feels intentional to me. References to The Shining appear elsewhere in the show, as well. In the third episode, “Now in Color,” which is set in the 1970s, Wanda wears an outfit that looks an awful lot like one Wendy Torrance wears in The Shining. This makes sense, as the timelines are similar and, like Wendy, Wanda is a housewife trapped in a surreal nightmare scape. 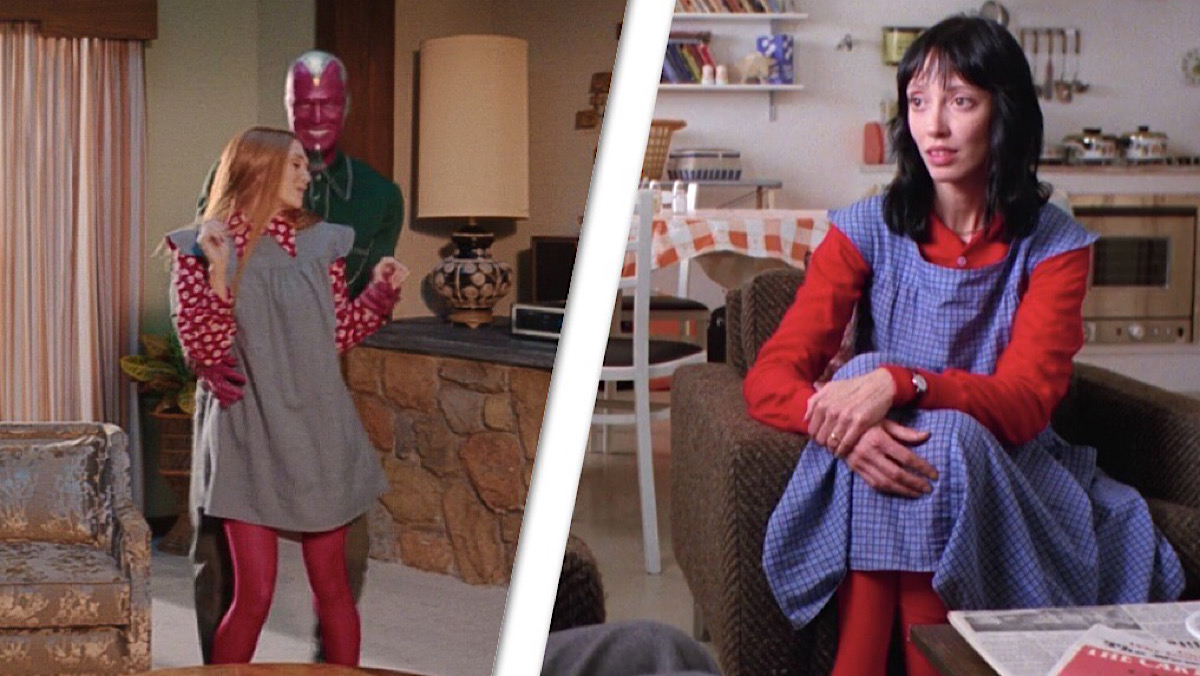 You could even make the argument that WandaVision‘s hexagon motif—seen all over the place in the series—recalls the very famous hexagonal carpeting in the Overlook Hotel. Might be a stretch, but in a series that loves its Easter eggs and visual motifs, anything is possible. 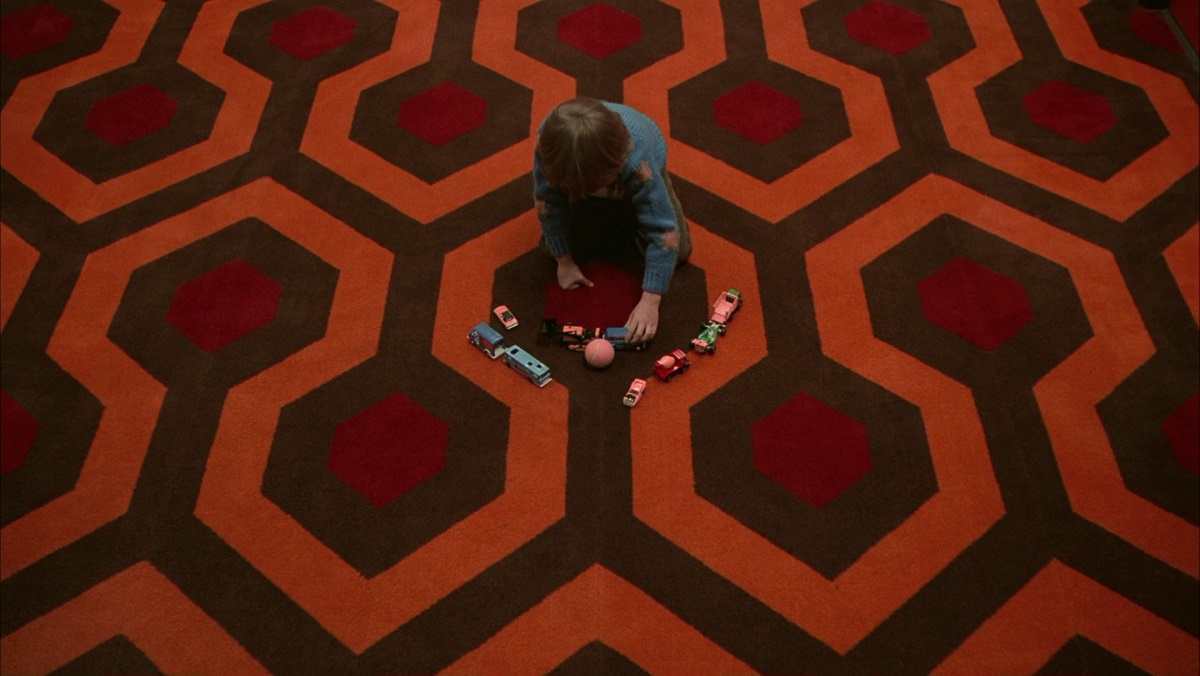 If we want to journey even further down the rabbit hole, there are etchings on Wanda’s cabin in the finale that bear a striking resemblance to the window patterns in the Overlook’s Colorado Lounge. These might also be new runes to keep Wanda’s magic safe. 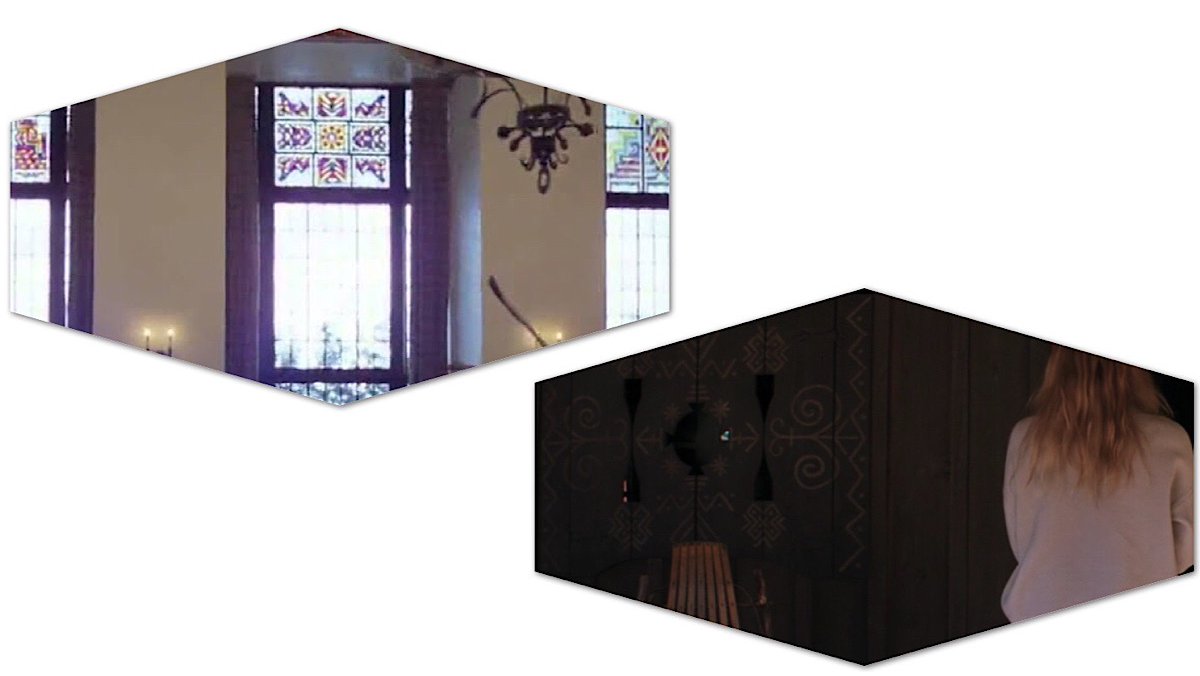 As I alluded to before, WandaVision and The Shining have a lot in common. Both take place in nightmarish versions of seemingly harmless locations. The Hex and the Overlook are full of bodies trapped within an illusion. Westview’s population is a lot like the ghosts we see in the Overlook. Trapped in the amber of someone else’s delusion.

That finale moment tees up the next entries in the MCU. Is Wanda now in a new mini-Overlook of her own making? I’m not sure of the exact correlation, but I’m curious to see if the themes of madness and identity continue into films like Spider-Man: No Way Home and Doctor Strange: In the Multiverse of Madness. We’re all in Wanda’s Overlook now.