THE WALKING DEAD Focuses on Carol’s Quest for Vengeance

This post will contain spoilers for The Walking Dead season ten, episode three.

The survivors are tired in more ways than one. Alpha physically wore them out with hours of walker herd waves, which led to some edgy attitudes and tense moments. But, the Whisperers have caused some mental anguish that will certainly have an effect on the upcoming war. Hallucinations, panic attacks, and paranoia abound in “Ghosts,” on top of confrontations and moments of truth. The primary focus is on Carol’s current state of mind, but there are quite a few solid moments and revelations in this episode.

Carol is undoubtedly the primary focus in episode three. Her time at sea gave her a temporary reprieve from her wounds, but now she’s back in a place filled with traumatic memories. She’s hallucinating, not sleeping, taking prescription drugs, and wracked with pain and revenge. It’s like Rick’s psychological break after Lori’s death, but with more years of trauma and loss added to the equation. Her singular focus on killing Alpha is understandable, but her impulsiveness is going to lead to some major consequences for Alexandria and the Hilltop.

She is certainly having a mental breakdown, but she’s not imagining everything. The end of the episode revealed that she did actually shoot a Whisperer in the woods. What does this mean? The Whisperers could have been sent to spy on them or perhaps they are plotting a larger attack on the communities. Either way, it’s not good. Maybe Carol is better off at sea… 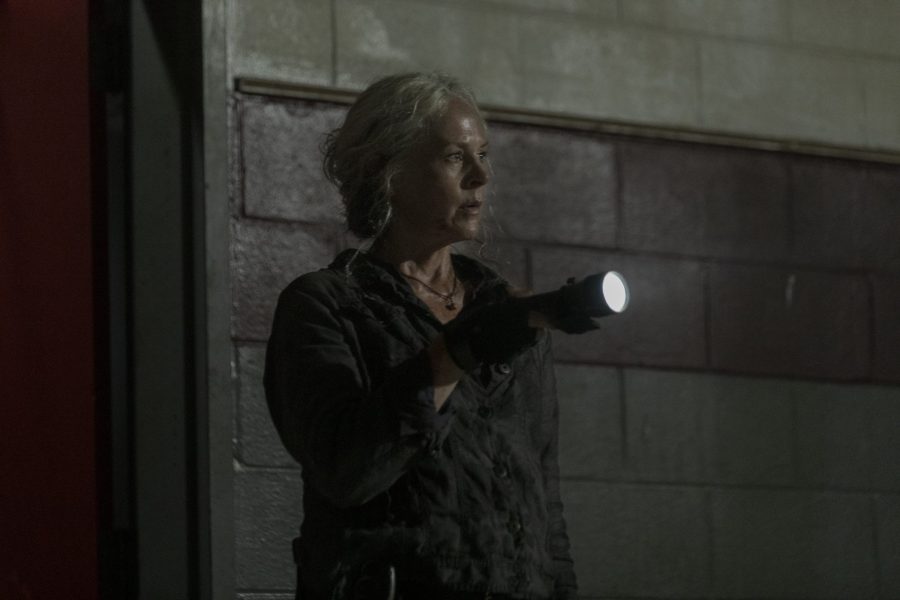 Carol might be the person to chop off Alpha’s head. They came face to face this episode and everything went as expected with Carol declaring that she was not afraid of Alpha. She said Alpha was full of BS, disobeyed the orders to drop all weapons, and almost shot Alpha in front of everyone.

Alpha forgave her but she certainly won’t forget Carol’s defiance. Their confrontation set the stage for a major fight during the Whisperer war. Negan took off Alpha’s head in the comics but it would make more sense in the TV show for Carol to get that honor. It certainly won’t be out of character for Carol because she has a solid track record of being a ruthless killer.

Siddiq is NOT okay

Siddiq is still dealing with intense survivor’s guilt after the great fair beheading and it’s not getting any better. His traumatic flashbacks of that night led to multiple panic attacks that render him unable to barely breathe. Siddiq brushes off several concerns about his well-being but Michonne is keeping an eye on him.

He has found a friend in Dante but that paralyzing fear of Alpha could lead to Siddiq’s demise during the war. It’s almost certain that at least one person in the Rosita-Siddiq-Eugene-Father Gabriel debacle will die this season. Father Gabriel died around this time in the comics but anything can happen on the show. Also, The Walking Dead has a thing for killing off all the medical professionals. Sorry Siddiq. 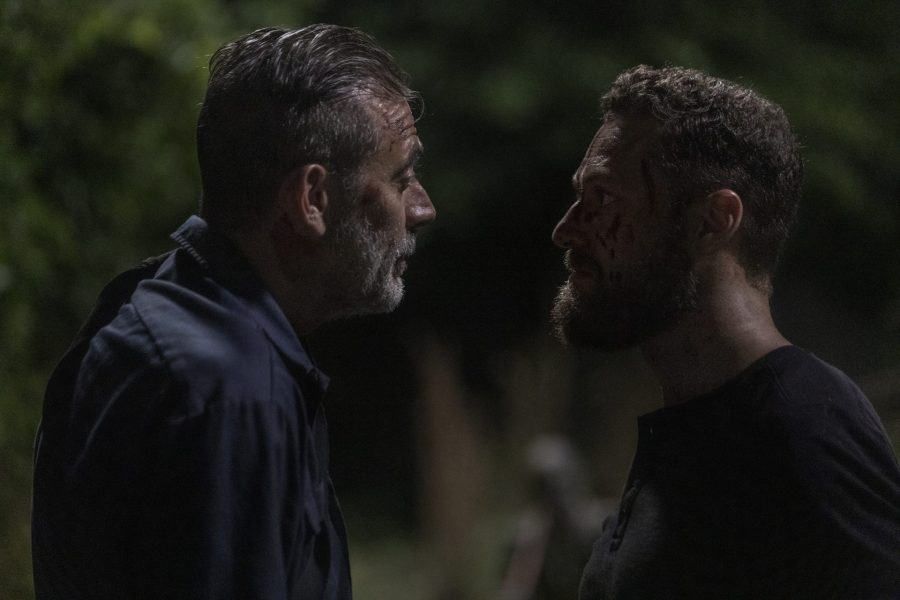 Is Negan trustworthy? It’s still a complicated question. There have been chances for him to hurt others but he played by the rules. But, it’s hard to trust a guy who bashed in people’s heads for fun, even if it was years ago. Negan saved Judith and is a skilled asset as a gardener but a lot of people are still pretty angry with him, including Aaron.

In all fairness, Aaron starts the feud on during their mission. He blames Negan for Eric’s death (which technically isn’t true), trips him for no reason, and brings up his dead wife. This led to some tension and super sketchy behavior from Negan. First, he purposely allows walkers in hogweed to attack Aaron, which causes temporary (and sometimes permanent) blindness. Then, he hides in the corner of a dark house and watches Aaron struggle with walkers before he steps in to “save the day.”

He also lies about following Aaron’s light to find the house. However, Negan doesn’t kill Aaron and stands watch until morning. Negan is cunning so he probably allowed this to go down to prove that he is no longer a threat. But, considering that Aaron could have been seriously hurt or killed, it’s still a jerk move. Episode four’s synopsis reveals that the Alexandrians will take their fear out on Negan so his quest for redemption is far from over.

The Whisperers have extended their borders

Michonne, Daryl, and Carol are the latest recipients of Alpha’s new wave of mercy. She says there will be no bloodshed in response to them crossing her borders. But, the leaders are not happy when Alpha punishes them by extending her borders to cut off their hunting grounds.

It’s pretty sad to see them so deeply under her thumb but understandable considering her group can send thousands of walkers to attack their communities at any time. These new borders will make residents even more upset and increase the chances of someone breaking the rules for survival purposes.

Will Negan finally be free? When will Negan meet the Whisperers? Can Carol pull herself together? What is the plan to infiltrate the Whisperers group? Can Michonne manage everyone’s anger and fears? This episode set the stage for the answers to hopefully come before the mid-season finale.