This post will contain spoilers for The Walking Dead Season 10, Episode 2.

“We Are the End of the World” focused on the Whisperers from several perspectives – the past, the present, and their potential future. The nomadic group came into play last season but this is the first time that The Walking Dead has taken a more extensive look at the group’s origins as well as the lingering bits of their humanity despite a pack mentality. It turns out that walker skins and a lawless way of life doesn’t stop a group of people from having the same issues that established communities have – particularly, inner conflict and lies.

The fandom finally got some answers about this group, but that doesn’t mean there aren’t missing pieces of the puzzle. Season ten may continue to do flashbacks and explain more things in detail, but this is what we learned (and still want to know) about the Whisperers.

They were formed seven years ago

This episode reveals that Alpha and Beta’s first encounter was seven years ago. This would have been around the time that Rick and the others were rebuilding post All-Out War, which means the apocalypse had already been going on for a few years. This is interesting considering Morgan’s claim back in season three about people wearing dead people’s faces. Perhaps there’s another group out there somewhere who lived among the walkers first? But it’s clear that whatever Morgan saw had nothing to do with Alpha’s group.

Beta’s face and shirt came from a loved one

Before Alpha, Beta (whom she originally called B) was living alone in an abandoned building for addiction treatment. He quickly built a strange connection to Alpha (then A), even though he refused to let her see his face. Alpha eventually discovered a picture of two people standing in front of the same building with the faces scratched out. The taller person was Beta but there was a guy with long hair and a smiley face shirt.

Beta went ballistic after Alpha killed the person’s zombified remains but she convinced him that this person could always be with him. So, Beta cut off his face, took his shirt, and moved on with Alpha. Yes, he’s been wearing this stuff for seven years. Gross.

Beta never outright says who this person is but the scene was juxtaposed with Alpha losing her grip over Lydia, so it was probably Beta’s son. This would also explain why he gives Alpha grace when she shows emotions over Lydia. 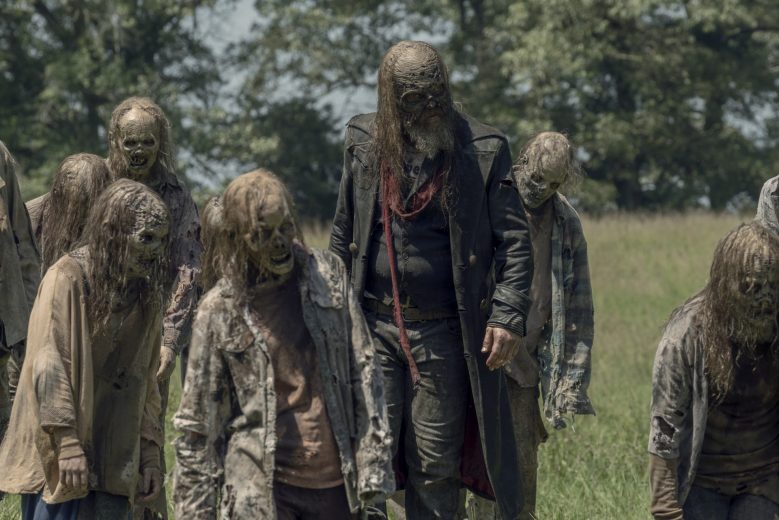 Alpha shows mercy…or does she?

Last season, one of the Whisperers coldly left her baby to die among walkers. Connie saved the baby, but the woman never truly moved past sacrificing her daughter. Her sister warned her that showing emotion and daydreaming would lead to her death but it was to no avail. Surprisingly, Alpha showed mercy after the woman’s emotional breakdown.

But, her rare grace backfired when the woman later attacked her in the middle of a walker herding session. The walkers killed her and Alpha dubbed her loyal sister Gamma for putting the needs of the pack over flesh and blood. Alpha may have shown the woman mercy because of her own complicated feelings about Lydia.

Or perhaps she allowed the sister to stay alive knowing that she might try something ominous. Alpha was likely eyeing Gamma for something greater so this might have been the ultimate test to deem her worthy of promotion.

Alpha lied to the group about Lydia’s whereabouts

Alpha demands unquestioning dedication and zero emotion from her pack, but she’s not following her own rules. She told Beta and the others that she killed Lydia, which we all know is a big lie.

She likely said this to assert that she’s still in control and will kill anyone for disobedience, but it’s only a matter of time before Lydia is spotted by someone. And, who knows what will go down when that happens? Beta knows the truth but he’s far too intertwined with Alpha to ever spill the beans. 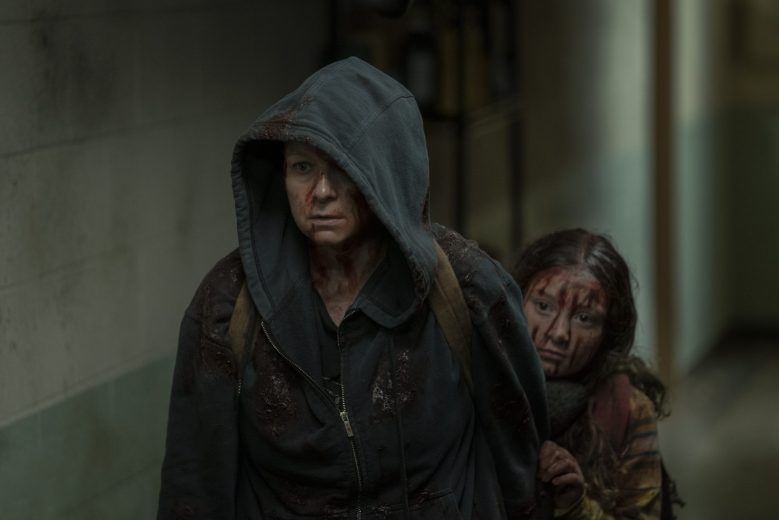 The Whisperers have issues getting along

There are a few people in the Whisperer camp who are envious of what the Hilltop has to offer. Their way of life is supposed to reject anything that looks like civilization, but who can honestly blame them for being jealous?

There are lots of whispers and side conversations happening behind Alpha’s back, which may lead to some people breaking away from the pack.

Beta and Alpha may eventually have a showdown

The pair is super tight but this new leader might change things. Beta was clearly not happy about Gamma’s induction into leadership. He also high-key thinks Alpha is losing her grip. Gamma doesn’t exist in The Walking Dead comics so no one knows what the show is setting up here.

Will Beta fight Alpha to gain control of the group? It doesn’t seem possible considering his deep brainwashing but anything could happen this season. A Beta/Alpha fight for leadership could be an interesting twist to kick off another war. 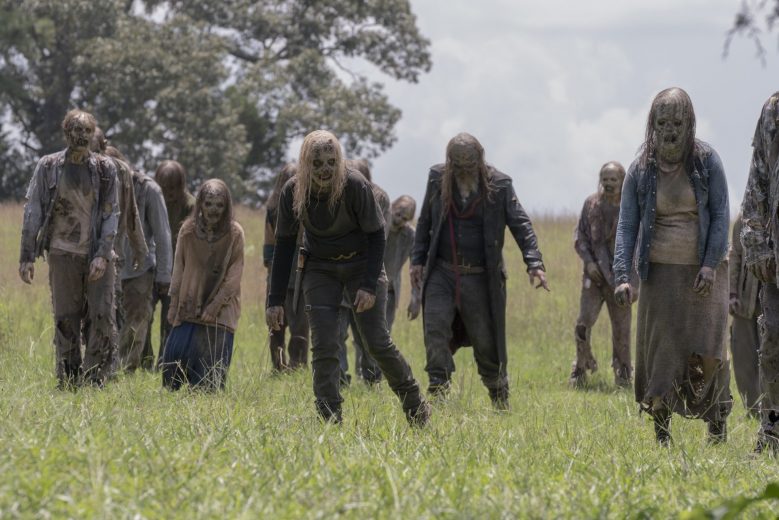 Where did “Alpha” and “Beta” come from?

The flashback showed the pair calling each other A and B. So, when did they settle on using Greek letters replace their names? Did they give each other new names or did the pack start calling them Alpha and Beta? We will probably never know the answer.

There are a ton of terrible people in the world. But, even the worst ones probably wouldn’t want to dress up in walker skins and roam the woods. This episode only showed Alpha, Beta, and Lydia together but it didn’t explain how they recruited others into the fold.

Maybe they were able to find extremely desperate solo survivors who were willing to latch onto anything that seemed like a community. Daryl did this back in season four when he joined the ridiculous Claimers. There are Whisperers who look at Alpha like a savior or god, so this might be true.

But, Alpha and Beta probably strong armed anyone who crossed their paths into either joining them or facing immediate death. The Whisperers way of life isn’t appealing to the average person so becoming one by force is possible.

The curtains are finally opened on the Whisperers and their potential inner war. Let’s see how it all plays out as they restart their reign of terror on Michonne, Daryl, Carol, and the other community survivors.