This post contains spoilers for The Walking Dead Season 10, Episode 7.

The Walking Dead’s mid-season finale is coming up next week! This week’s episode set the stage with some pretty shocking events. Anyone who was hoping for a Dante/Siddiq bromance is not going to be happy. Dante was the Whisperer who forced Siddiq to hold his eyes open and watch Alpha slaughter his friends. So much for the theory that Siddiq was forced to help kill Enid. However, Siddiq realizes this too late and Dante kills him with a chokehold.

Siddiq certainly looks dead but this show has faked fans out too many times in the past (remember the dumpster?). But, for now, we are going to say that Siddiq is dead. It’s a frustrating and quite frankly ridiculous way for Siddiq—who has developed into a good character—to go but nothing about this is surprising at all. He’s been getting a ton of screen time lately with his PTSD issues and usually that’s a sign that a secondary character is gonna die. 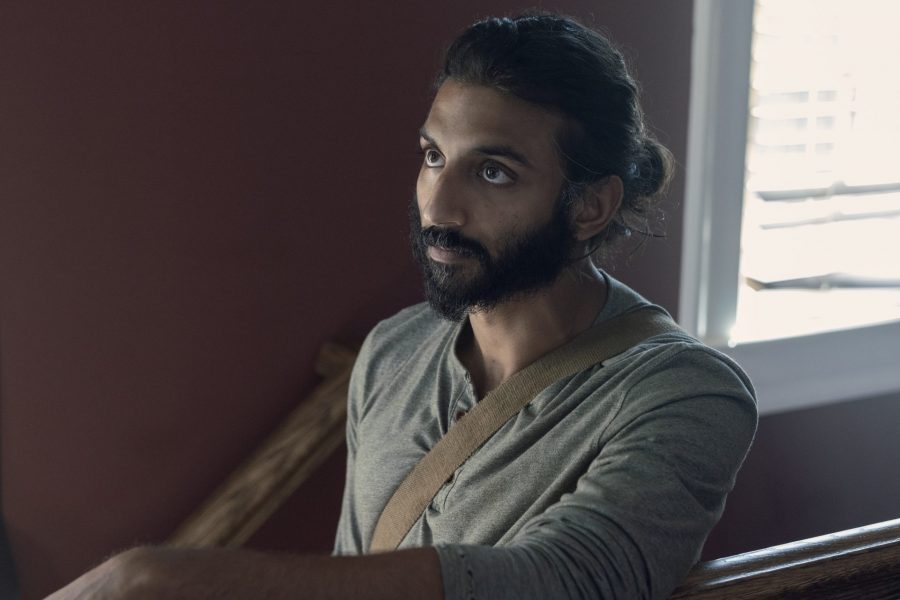 Siddiq caught on to the water system poisoning courtesy of Alpha—a good reason for Dante to reveal himself and kill Siddiq. This strange dynamic between him, Rosita, Father Gabriel, and Eugene was bound to end with one of them dying soon, anyway. His death leaves the Alexandrians weaker without a medical professional to help them through their illnesses. It remains to be seen how Siddiq’s death will be explained and how long it will take for the crew to piece together the truth about Dante.

But the revelation of Dante as a Whisperer brings up one solid question: Why doesn’t Lydia recognize him? She knew the prisoner that the group brought in. Dante is obviously close to her mother after being involved in the pike murders, so it seems like she would have pointed him out to Daryl or Siddiq a long time ago. And it seems that the imprisoned Whisperer would have recognized Dante and called him out immediately. The Whisperers aren’t so large that everyone wouldn’t know each other’s walker-maskless faces. 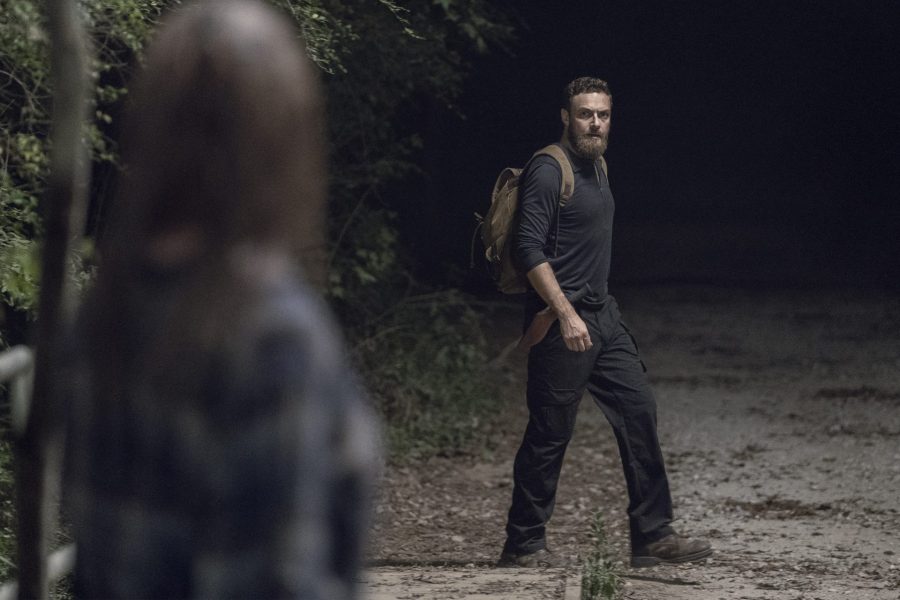 Alpha is playing a carefully crafted game to bring the communities down slowly with small herds, water contamination, and apparently an inside man. But her power structure appears to be falling apart. Gamma and Aaron’s weird property line meetups lead to a confrontation where Carol and Lydia show up. Carol used Lydia to show Gamma that Alpha lied about Lydia’s death. It’s a messy move that made Lydia feel like a pawn again after years with her manipulative mother. But from Carol’s perspective, this was a way to break the Whisperers from the inside. And based on Gamma’s reaction, it seems like it will be effective.

Lydia gives Carol a well-deserved smack with her stick and runs away. She’s wandering in her former family’s territory, so its only a matter of time before she’s spotted by another Whisperer. This would corroborate Gamma’s story and lead to some messiness. Previous episodes showed a few Whisperers chatting about what the Hilltop had and there’s at least one Whisperer who is Team Negan. So there is already some dissension in the group. 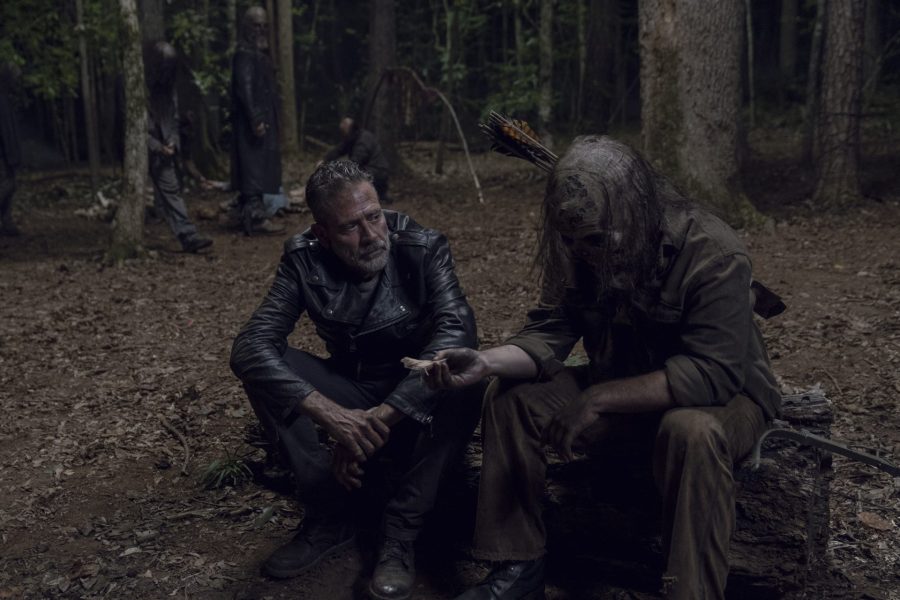 So maybe Gamma can get enough of the others to turn against Alpha. However, she better do it strategically and quickly before Alpha or Beta kill her for telling the truth. If she’s smart, she will grab Lydia and bring her back to show that Alpha is a big liar. It’s unlikely that the show will have Alpha or another Whisperer kill Lydia to maintain the lie, especially since Negan is now hanging out with the Whisperers. This scenario would be a solid setup for Negan to kill Alpha like he did in the comics.

Carol’s decision to use Lydia will certainly cause a rift between she and Daryl. He has been uncomfortable with her methods lately and it was his job to make sure that Lydia stayed safe. Alpha finding out that Lydia has been used to crumble her crew might be enough to make her completely lose it and retaliate against the communities.

Alpha still has a nice sized walker herd at her disposal, so this cannot end well. The mid-season finale usually has a death or two in it so there will be consequences for Carol’s actions. Siddiq’s death might be the replacement for that event but more deaths are certainly going to happen soon. Siddiq and the Whisperer prisoner’s deaths are enough to make both sides want to seek some revenge.

Did Dante stab Siddiq in the head to make sure he is dead? How will Siddiq’s death be explained? Where is Lydia going in the woods by herself? Will Gamma turn to the other side? Will Lydia tell the Whisperers about the short-term prisoner? Where the heck is Michonne? What is going on with those Rick movies? The Walking Dead is always full of questions and hopefully more answers will this season.