It’s all come down to this. Or, it will all come down to that, more accurately. In a little over two months, we’ll get the final season of Voltron: Legendary Defender on Netflix and with it the promise that the story of the paladins of Voltron and their newly reunited coalition will face the fight of their lives. I for one am obscenely worried about each of the members of the team, and you know, the fate of the universe. At New York Comic Con, DreamWorks and the creators of Voltron unveiled a teaser trailer for season eight and it shows us… nothing. But it doesÂ give us a good idea of who the big bad for season eight will be.

If you remember, the final episode of season seven saw Voltron and the even-bigger mech, the Atlas, take down General Sendak’s forces, only to nearly get their faces broken in by a surprise new Robeast. But who sent that Robeast? Well, from the end of the teaser, which does a nice job of reestablishing the premise of the series and focusing on our leads, we hear the ominous voice of Haggar, the only remaining villain from the series, as far as we know.And there’s another reason to believe Haggar’s the main villain of season eight. DreamWorks released an image of Honerva, the pre-corrupted (and post-quintessence) version of Haggar, apparently standing at the feet of a giant mech, with a tail. 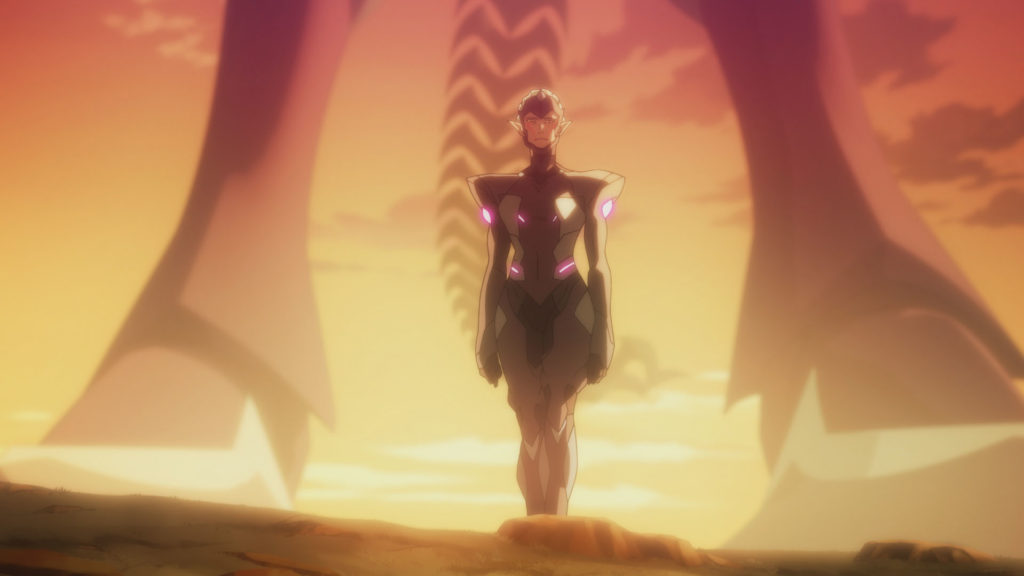 That’s a pretty damn telling image, and one I’m sure we’ll be pondering for a good long while. She looks halfway not evil there, but that can’t be true, can it? Oh man.We’ll find out what happens, and how the whole thing ends, when Voltron: Legendary Defender‘s final season hits Netflix on December 14, just in time to be sad for Christmas.

Kyle Anderson is the Associate Editor for Nerdist. You can find his film and TV reviews here. He’s also the host of Form Podcast, the official Voltron commentary podcast. Follow him on Twitter!