VOLTRON: LEGENDARY DEFENDER’s Cast Formed With Us To Talk About the New Season

Last week the Paladins returned to Earth with season seven of Voltron: Legendary Defender on Netflix, and we’re still forming our thoughts on everything that happened.

So on today’s Nerdist News Talks Back we combined with the cast of the show to break down the team’s latest efforts to defend the planet,why the show is so popular with fans, and we put them to the test to see who knows the most “Voltrivia.” 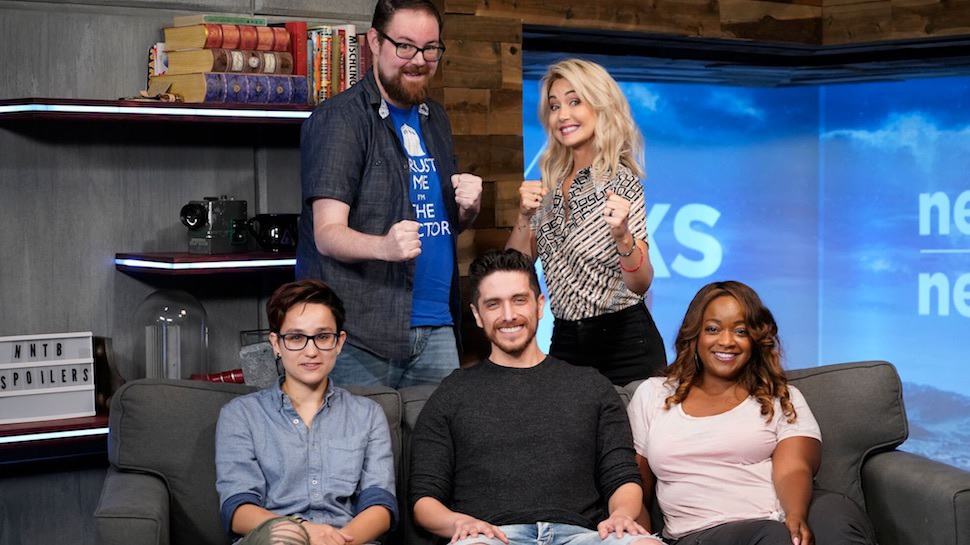 Jessica Chobot and our resident Voltron expert and host of the Form Podcast, associate Nerdist editor Kyle Anderson, welcomed Bex Taylor-Klaus (Katie “Pidge” Holt), Kimberly Brooks (Princess Allura), and Josh Keaton (Takashi “Shiro” Shirogane) to today’s (spoiler-filled) show to discuss the jam-packed seventh season. They told us why the series’ “deep, intense concepts” make it a show for everyone, and what made season seven so exciting. Josh also told us why he’s honored to be a part of Shiro’s continuing story.

Bex also explained how the show uses more comedic episodes, like this year’s “Space Mall” and “Monsters to Mana,” to balance its more serious moments, and they told us just how much of the scripts they’re allowed to look at ahead of time. You guys also had a ton of questions they came together to answer (when they weren’t being confused by Boston-only terms for milkshakes), including what their favorite moments from the new season were, what kind of episode they’d write for their characters if they had a chance (sign us up for a musical episode, please), if they think we’ll ever see Slav and Shiro interact again, and whether the Paladins ever do laundry and their character’s preferred food. Also we got them to do this.

And finally we put them to the test with a little Voltron trivia, to see which member of the cast knows the most about the history of the franchise. We won’t spoil who wins, but now we know who we’d want on our trivia team if Earth depended on us winning.

Don’t forget Nerdist News Talks Back airs live on our YouTube and Alpha channels at 11 AM PT every Monday through Thursday, and we end the week in pop culture with our hour-long Nerdist News What the Friday at 1PM PT, exclusively at Alpha. Join us every day and help form the best daily conversation on the internet.

What did you think of season seven? Tell us in the comments section below.